The Premier League has had an exceptional list of midfielders over the years, but the current crop of elite stars have brought a technical level that England's top-flight has never seen before. 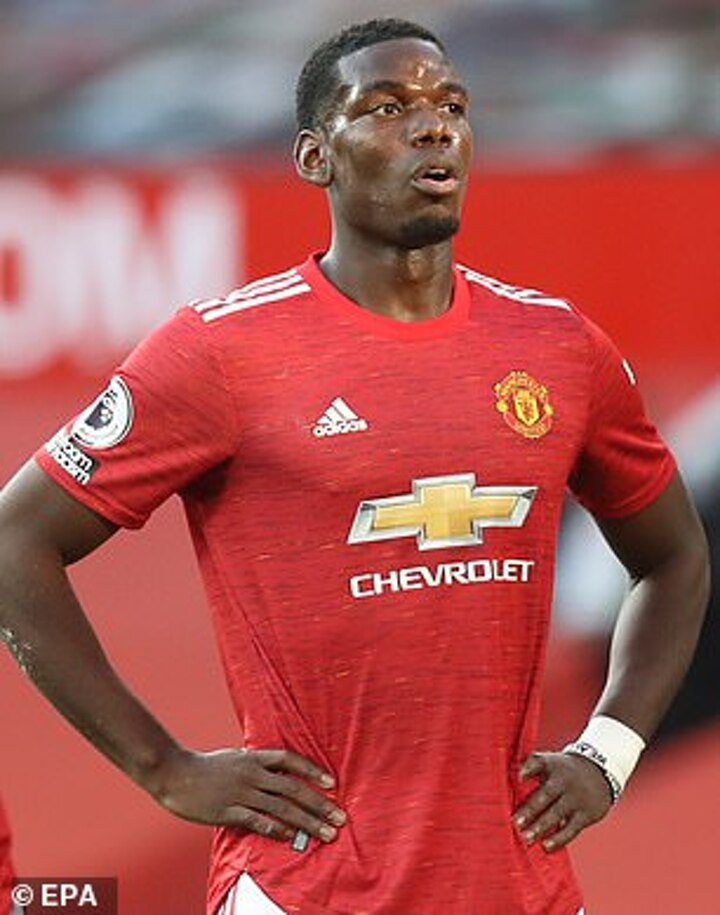 The likes of Steven Gerrard, Frank Lampard and Michael Carrick were fantastic players in their early 2000s but their midfield styles had been replicated before in earlier generations.

There were fantastic personalities in that era too such as Roy Keane, Patrick Vieira and Paul Scholes - all of whom exuded grit, passion and defensive astuteness to compliment their aggressive temperament.

Though as midfielders such as David Silva, Cesc Fabregas and Co have taken the Premier League towards a more technical and flair-like type of midfielder, England's top-flight can now boast three of the best midfielders in the world.

Manchester City's Kevin De Bruyne and Manchester United's Paul Pogba were the two high-profile midfielders in the top-flight before this summer. 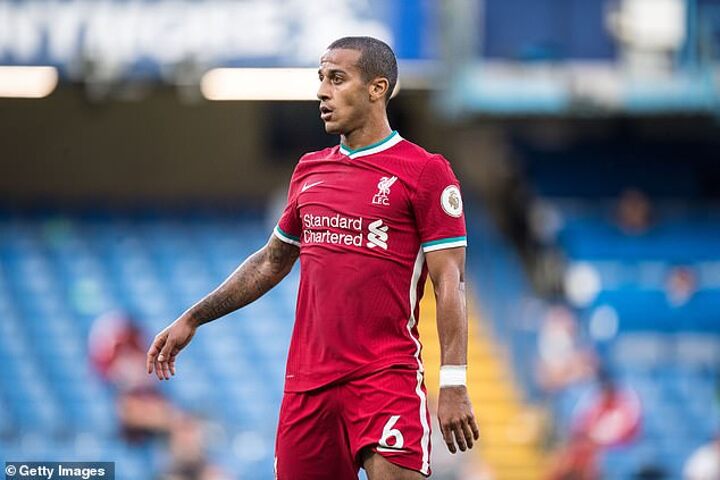 The three players clearly have very different styles. De Bruyne is the classic modern 'number eight' and has a more attacking emphasis in Pep Guardiola's side.

Meanwhile, Thiago is expected to be one of the more deeper Liverpool midfielders due to his status as one of the best ball progessors in world football, with Paul Pogba having more of a 'free role' in United's line-up as he shares the creative load with Bruno Fernandes.

With three of the biggest clubs in England having their separate all-star midfielder, Sportsmail analyses the Opta statistics to see which one of the the three is the Premier League's best middle man...

There is no doubt who the better player in front of goal is out of the three.

Kevin De Bruyne boasts a record of 14 goals and 21 assists in the Premier League since the beginning of last season, while Thiago (in Bundesliga) and Pogba haven't even notched five in either tally.

Since the start of last season, the Manchester City star has also provided a goal or an assist every 88 minutes, which is on a completely different level compared to Pogba (357 mins) and Thiago (605 mins).

While he played over 1,000 more minutes than his Premier League rivals, De Bruyne managed to create over 140 clear cut chances as well, with Thiago and Pogba just scraping past 50 combined. 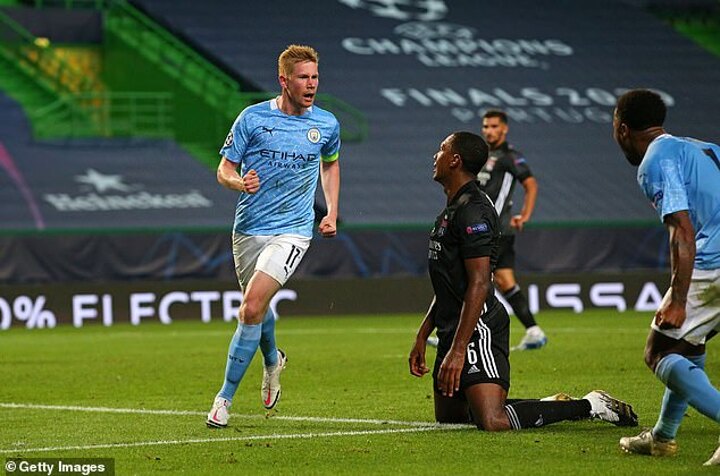 Though an area where the Belgian maestro is weaker than his rivals is in the dribbling department.

Both Thiago and Pogba managed to carry the ball better than De Bruyne last season despite playing in fewer matches.

Thiago even managed to complete more dribbles than the City man and managed to accomplish 83.5 per cent of his take-ons, compared to just 55 for De Bruyne.

Even Pogba, who is often criticised by his own supporters for being too passive, taking too many touches or giving the ball away had a 64.4 success rate in dribbling. 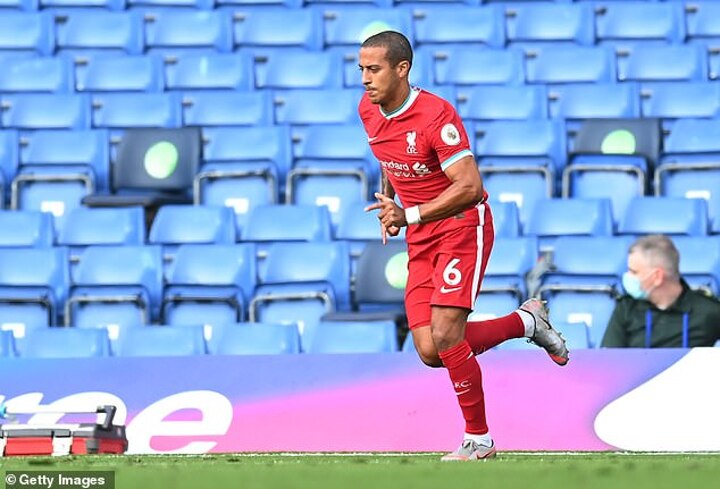 Thiago and Pogba also have better shooting accuracy than De Bruyne, though the Belgian had nearly ten times as many shots as both his rivals last term due to his attacking role in Guardiola's side.

So De Bruyne is the clear winner in the final third and while Thiago is not too far behind the Manchester City man from an attacking point of view, the former Bayern man is let down by his deeper role in midfield.

Since the start of the 2019-20 campaign, the Spaniard has led the way in terms of interceptions, tackles and recoveries compared to his two rivals. Liverpool's new number six also averages more successful tackles (1.84) per game than both De Bruyne (1.44) and Pogba (1.31).

That being said, De Bruyne has still shown that he has good defensive actions in terms of his pressing.

As the Belgian often finds himself at the top end of the pitch, he is required to be part of Guardiola's intense pressing style that was made unearthed when the Spanish coach was at Barcelona in the early 2010s. 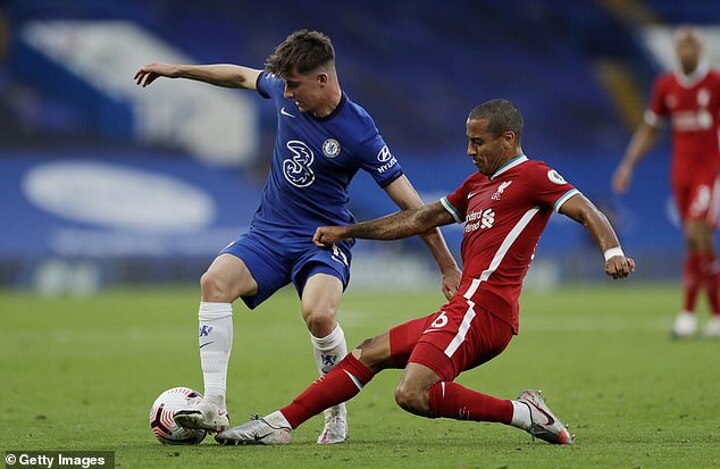 Since last August, De Bruyne won the ball in the final third on 37 occasions - twice as many as Thiago while Pogba only managed it five times.

While the Manchester United man has weaker statistics than the other two players due to his long-term injury problems and growing transfer speculation last term, one area where Pogba excels is not allowing his opponents to dribble past him.

Since last August, the French World Cup winner has been beaten just 10 times, averaging 0.52 times a match. De Bruyne and Thiago were dribbled past twice as many times per match, showing the 6ft 2in frame is a useful asset for United. 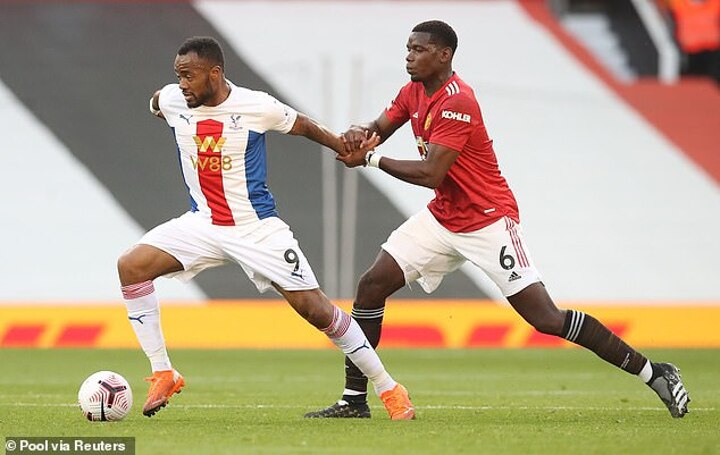 Once again, Thiago comes out on top from a passing point of view.

The new Liverpool star has a passing accuracy of 90.5 per cent having played just 106 fewer passes than De Bruyne across the last 12 months, who is accurate 81.3 per cent of the time.

Thiago also averages more passes per match (75) than Pogba (61) and De Bruyne (53). His desire to get onto the ball and give it to other team-mates was clear to see on his debut for Jurgen Klopp's side as he outpassed every Chelsea player on the pitch despite only playing 45 minutes. 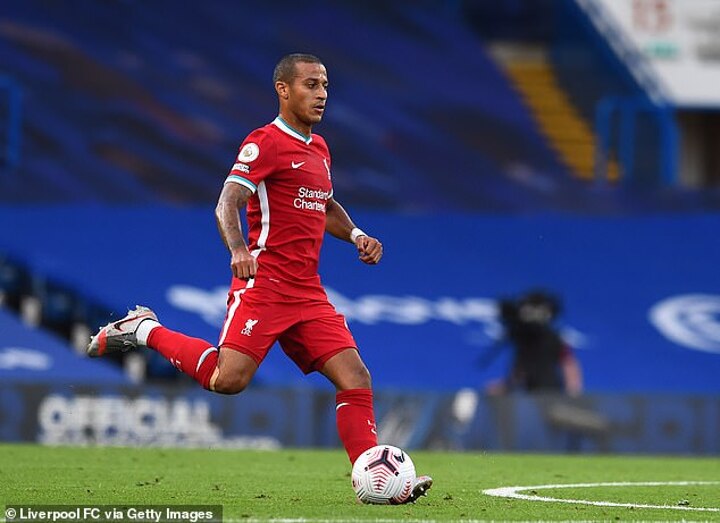 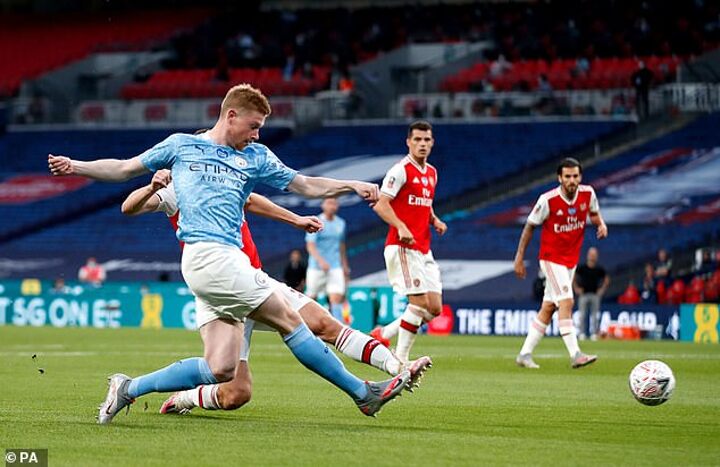 The Spanish midfielder has also managed to make around the same amount of passes in the final third (256) as the Manchester City man (276) despite playing fewer games than De Bruyne and also adopting a deeper position in the midfield.

This implies that Thiago just as good as finding attacking players from his more defensive position than De Bruyne, who plays further up the pitch.

A potential reason for De Bruyne's inferiority in this department is due to the type of passes he makes. The Belgian is much more ambitious in this department through his slightly longer, lofted and floated balls, whereas Thiago likes to play the ball to feet. 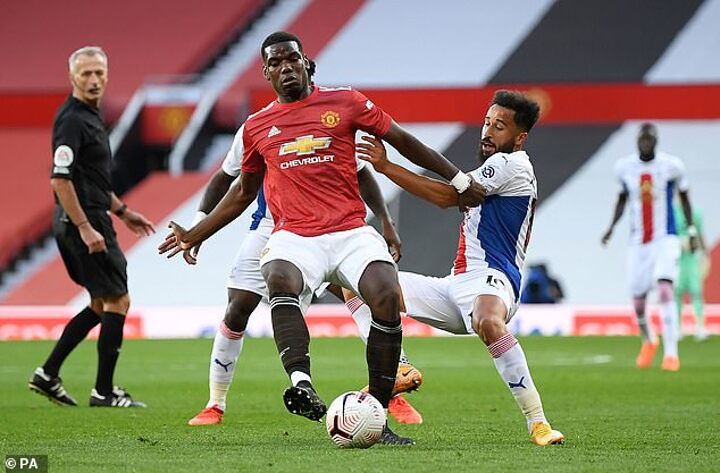 The Belgian has played a whopping 447 passes into the penalty area since last August, a figure which includes crosses that are naturally more riskier passes to make. On the other hand, Thiago made just 53 of these passes while Pogba managed 52.

The Manchester United midfielder's passing stats are more difficult to analyse given he only played 19 matches. That being said, he did manage a better passing success rate (84 per cent) than De Bruyne.