What is your team's playing style this season? Let's check under the hood using a new range of advanced stats... 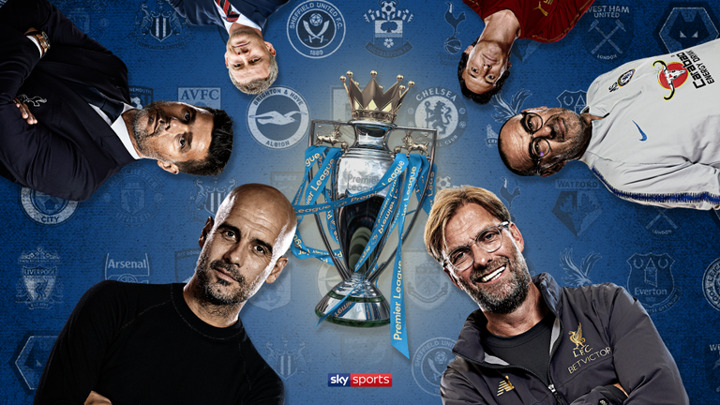 Opta has produced a range of advanced stats that go beyond expected goals, including passing sequences, progress in possession, speed in attack and pressing opposition.

Here, we select some of the key stats and compare all 20 clubs to reveal early signs of strengths and weaknesses, in addition to striking similarities between teams. Firstly, let's rattle through the definitions, before we see the results...

As the graphic below shows, Manchester City are excelling across almost all advanced metrics.

The reigning champions only lag behind for 'direct speed' and 'direct attacks', but this is due to their domination in possession.

Pep Guardiola's side simply do not need to bomb forwards with the ball, due to their league-topping numbers for 'pass sequences' and 'build-up attacks'. Off the ball, their runners clearly burst from the blocks to create space, though. 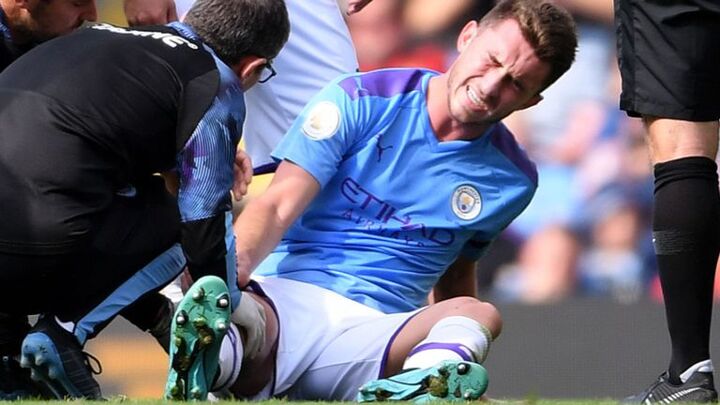 Liverpool only trail City by the smallest of margins across a raft of these metrics - but notably attack at fast speeds more frequently, with fewer passes. Chelsea are very similar to Liverpool but less prolific with the final product. 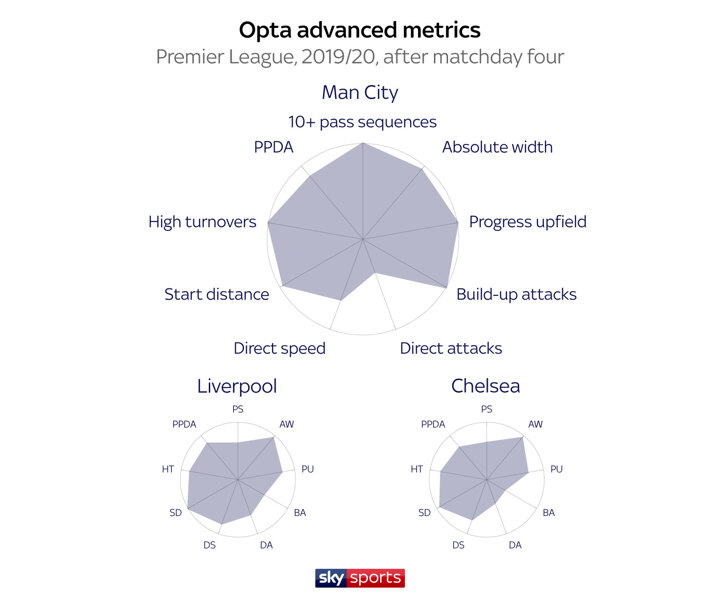 Arsenal, Tottenham and Manchester United have styles comparable with Liverpool, but with less emphasis on pressing in the attacking third.

Arsenal and United focus on successfully breaking at speed, while Spurs achieve more patient pass sequences at a rate only bettered by Manchester City, and rivalled by Leicester. 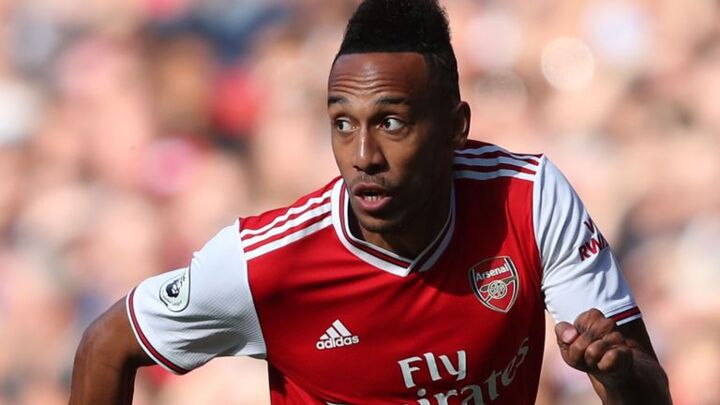 In fact, Crystal Palace and West Ham have started the season in similar fashion, but with fewer passing combinations, and therefore fewer attacks after patient exchanges - which verges towards the 'Attack when you can!' style below. 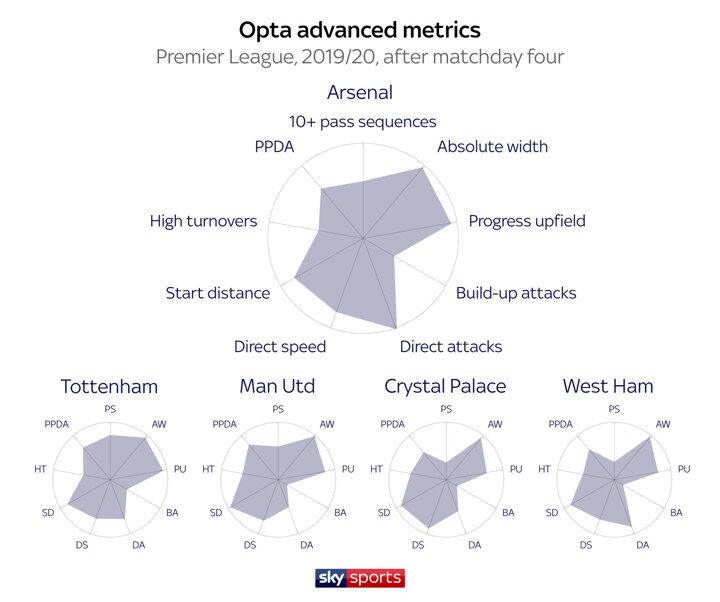 Everton and Leicester kicked off the season in very similar styles, pressing opposition more frequently than any other top-flight club.

The Toffees are slightly more effective at winning the ball back upfield, but Leicester achieve far more uninterrupted possession. 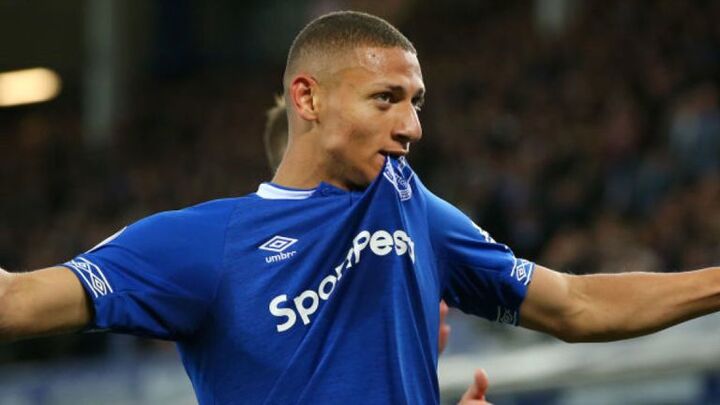 Other teams pushing towards this style: Watford, Southampton and Bournemouth 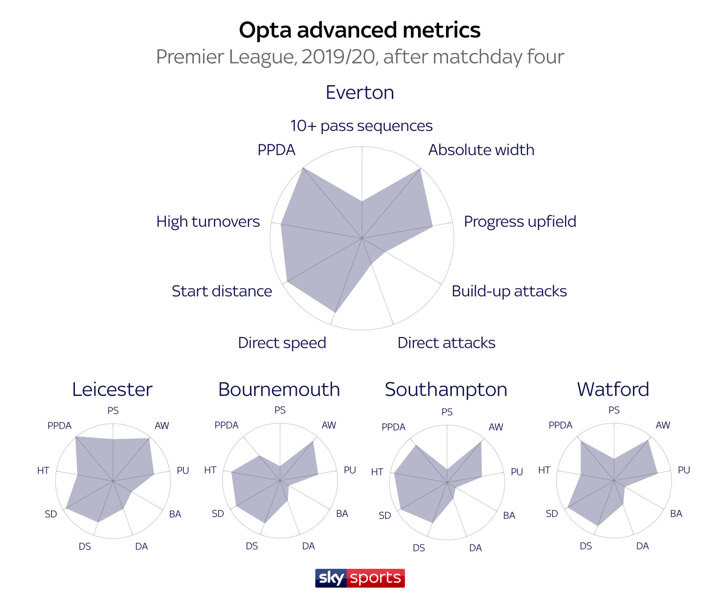 Attack when you can!

No fewer than seven teams fit into what could be described as a 'bottom-half' style, with below-average passing sequences, fewer build-up attacks, and a reliance on counter-attacks after winning possession in the middle third.

Surprisingly, last seasons 'best of the rest', Wolves, fit into this category, but Nuno Espirito Santo's side have faced a tough opening schedule, including Leicester, Manchester United and Everton. 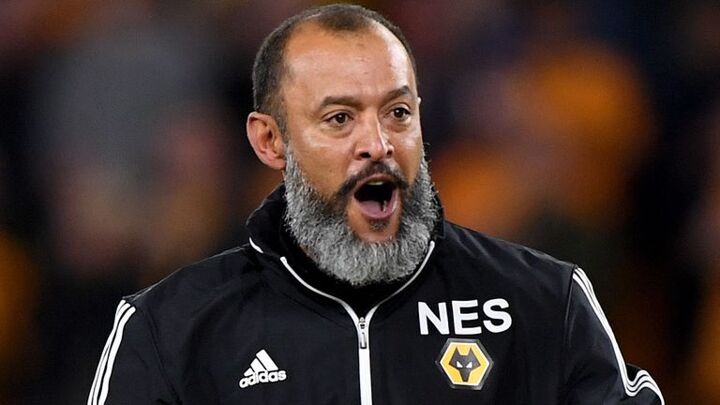 Other teams that fit into this category include Aston Villa, Brighton, Burnley, Newcastle and Norwich, while Sheffield United match these tropes but lack direct speed. 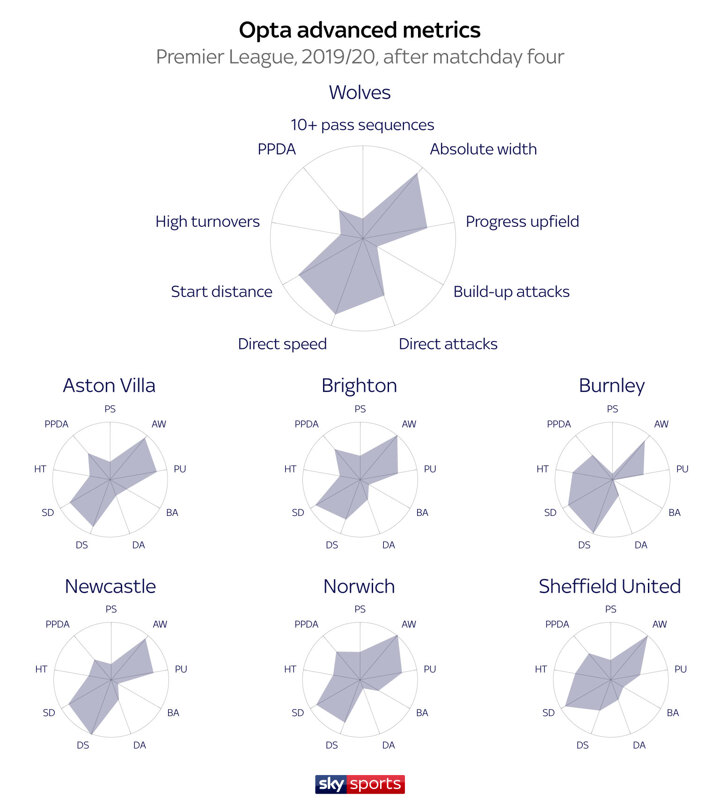