Eden Hazard is closing in on a summer move to Real Madrid while Gareth Bale appears to be at a crossroads with Zinedine Zidane revealing he is not part of his plans. 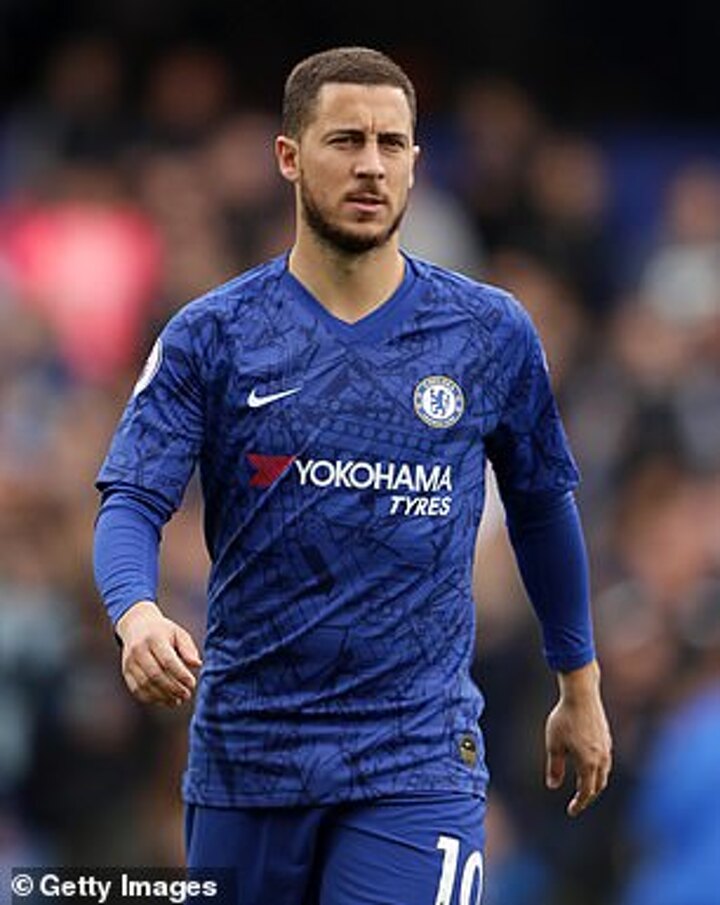 The Chelsea attacker is expected to seal a mega £86million move to the Bernabeu days after the Europa League final following months of intense speculation regarding his future.

Hazard will replace Bale in Real Madrid's attack but how do the two stars compare when pitted against each other.

WHAT DO THEY OFFER IN ATTACK?

Both players have averaged just under a goal every other game this season with Hazard scoring 19 goals in 51 appearances while Bale has netted 14 in 42.

Hazard finished the season as the Premier League's assist king by setting up 15 goals for his Chelsea team-mates. The Belgian has 16 assists altogether this season while Bale has just six to his name.

The Real Madrid target's scoring record is slightly better than Bale's this season but it should be pointed out that Hazard is Chelsea's first choice penalty taker. The Welshman has also been in and out of Real Madrid's starting line-up and has had to deal with two managerial changes during the campaign.

Both players are strong dribblers and outstanding finishers so they are more than capable of creating goals as well as scoring them.

Bale has FOUR Champions League winner's medals in his trophy cabinet. The highlight of his Real Madrid career has to be last year's European final win over Liverpool when the former Tottenham man came off the bench to score a stunning brace.

He came on in the 61st minute and netted an outstanding acrobatic goal just three minutes later which saw Real Madrid restore their lead over Tottenham. He then ensured his side retained the prestigious title for a third straight season by beating Loris Karius from long range. 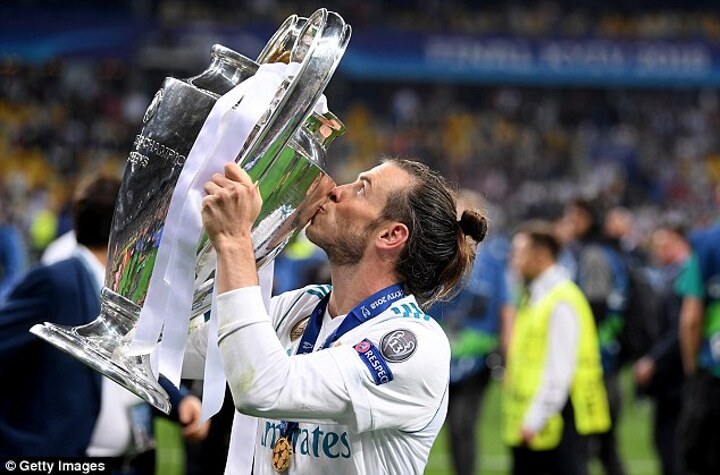 The 29-year-old has just one La Liga title to his name. Atletico Madrid won the league during his first season at the club and Lionel Messi's Barcelona have dominated ever since — barring Real Madrid's last triumph in 2017.

Hazard, on the other hand, has won all of the domestic competitions in England but is yet to get his hands on the Champions League.

That may be one of the main reasons why he is pushing for a move to Real Madrid as the trophy has evaded him thus far.

The Belgian has won two Premier League titles, one FA Cup, one League Cup and the Europa League and could lead his side to the latter trophy again in what is likely to be his last appearance for the club against Arsenal.

Bale has been criticised by his team-mates for failing to converse fluently in Spanish despite living in Madrid for six years.

Marcelo recently revealed that he finds it hard sitting next to the Wales international in the dressing room as Bale can only speak English.

He said: 'I have Bale, but Bale does not speak [Spanish] as he only speaks English and we talk with gestures and I say, "Hi, hello and good wine".'

Thibaut Courtois has also been critical of Bale for not adapting to life in Madrid as he refuses to eat late with the rest of his team-mates. 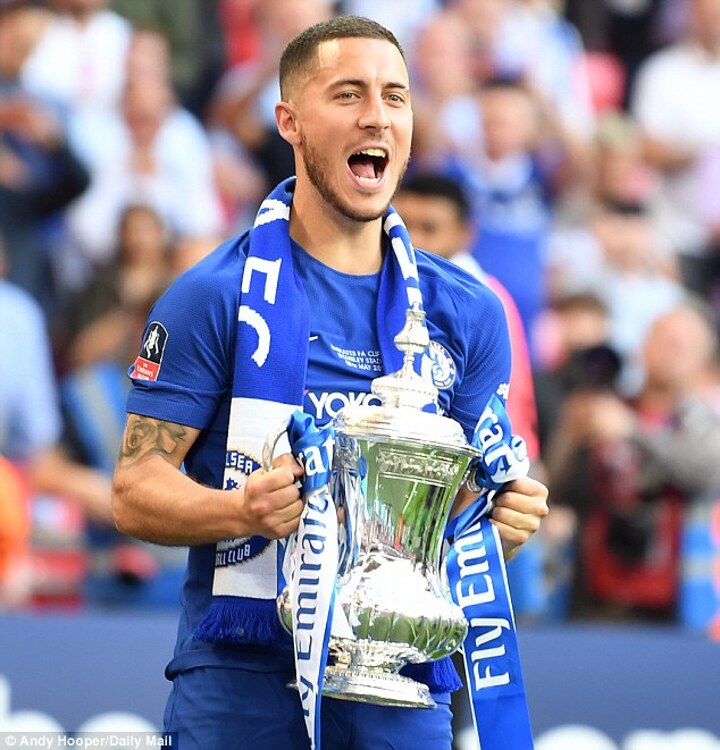 He said in an interview: 'I live like somebody who is born and bred in Madrid. I eat late, I go bed late... it is their way of life.

'The other night we had a dinner with the entire squad.

'But Bale and (Toni) Kroos did not turn up. They reckoned the dinner was too late at night.

'We had arranged to be in the restaurant at 9.30pm and we started out meal around 10.15pm and by midnight we were having coffee.

'We go to bed at around 1am. We have to train every morning at 11am. I think that is a perfect time.

Hazard has fully settled in London after making the short trip from Lille to London back in the summer of 2012. 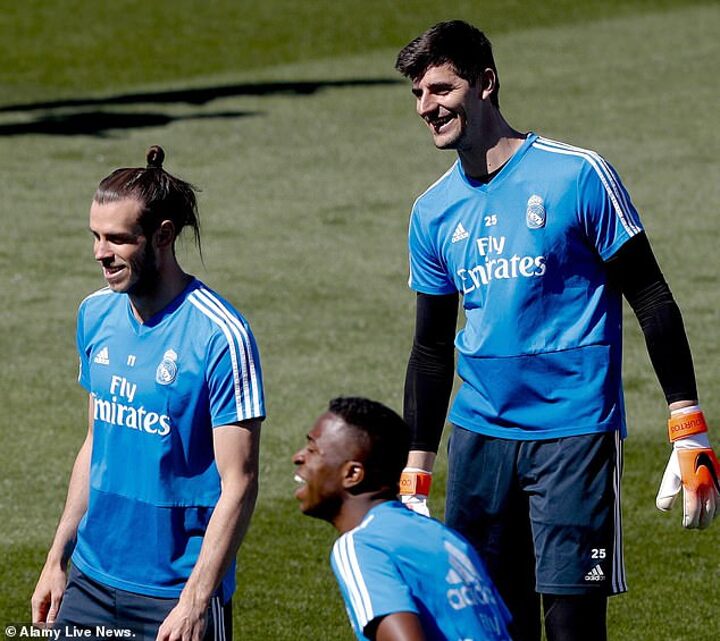 Bale is heading for the Bernabeu exit door as his relationship with Zidane is non-existent.

The Welshman is said to have fallen out with Zidane after he was left on the bench for Real Madrid's Champions League final win over Liverpool.

He ended up proving his manager wrong. Bale failed to acknowledge Zidane's departure from the club and wouldn't have appreciated his return to the Spanish capital.

Meanwhile, Hazard has played under six managers during his time as Stamford Bridge with some of his relationships being better than others. 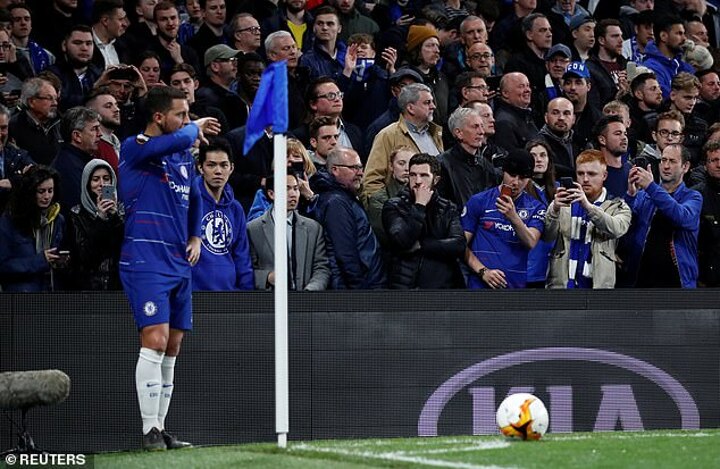 He signed under Roberto Di Matteo and has since played under Rafael Benitez, Jose Mourinho, Guus Hiddink, Antonio Conte and Maurizio Sarri.

Hazard was criticised for downing tools in Mourinho's final season for the club but the Portuguese tactician has since said he has no problems with the Belgian and even hinted at wanting to sign him during his time at Manchester United.