To get to the top of the international pecking order, the Three Lions must resist the urge to become a Red Devils-style counter-punching team 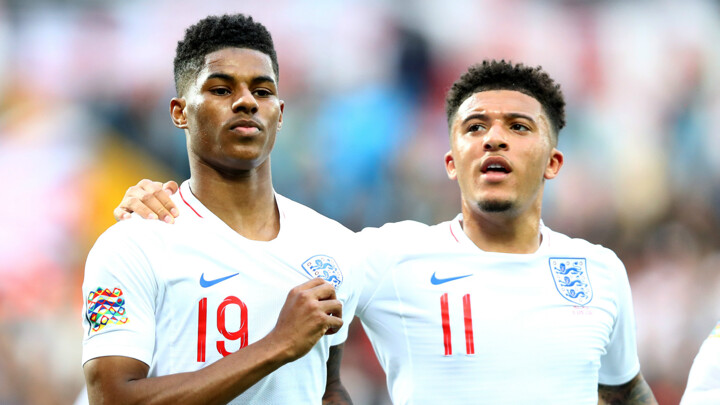 Too good for the bad teams, too bad for the good teams. That has long been England’s status in the international pecking order. The game on Saturday night against Bulgaria might well be another opportunity for Gareth Southgate’s team to rack up five or more goals but, in reality, it will do very little to prepare them for the bigger challenges coming down the line.

England over the past two or three years have not been the kind of team to slip up. They win, and win handsomely, against teams they are expected to beat, especially at home. At Wembley back in the spring they had far too much for the Czech Republic with Raheem Sterling scoring a hat-trick in a 5-0 win. A few days later they went to Podgorica and took Montenegro apart.

The problem for England is that these types of matches are inadequate. They can of course play a certain way against the Bulgarias, the Montenegros and the Czech Republics of this world but it’s another thing altogether when the bigger teams have to be faced. It’s there that England revert to type, struggle to retain the ball and struggle too to eradicate the individual errors that blighted their UEFA Nations League semi-final against The Netherlands in Guimaraes.

There is now a prevalent football identity across the England national teams – from youths to seniors – and it’s implemented to good effect most of the time. Under Gareth Southgate, England have developed a definitive style of play; they use the ball from the back, playing through defence and midfield until an opportunity to spring the likes of Sterling or Marcus Rashford materialises. It works, as evidenced by the sheer number of goals they get against lesser lights.

There is, however, another battle to be had against more illustrious opponents; the battle is for the right to own the ball and to impose the will. That’s where England can still fall down. Look at their decisive losses over the past few years – in the World Cup against Croatia and in the Nations League against The Netherlands – and you’ll see England fail to retain the ball, to play their natural game. The ball comes back time and again until such an occasion that England concede cheaply or else are otherwise undone.

When push comes to shove England can’t dominate the ball against the likes of Croatia and The Netherlands. They find themselves ill at ease because their mode of operation is to have the ball, not simply to resist. When they have to, errors occur or quite simply the frequency of the opportunities ceded to the opposition begins to tell.

Their best result over the last year was achieved against the odds and against the run of play. The 3-2 win in Seville against Spain last October was got on the break. The game followed the kind of pattern we have become accustomed to when watching England play the big teams. On the balance of play, Spain were unlucky to get nothing from the fixture. 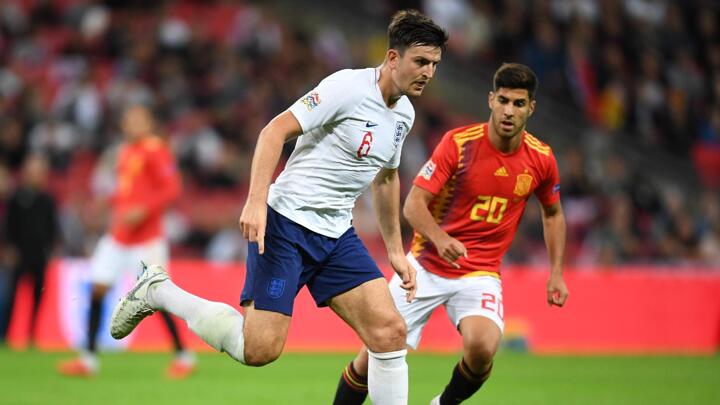 Taken on its own merits, the game demonstrated that England in those situations are not that dissimilar to Ole Gunnar Solskjaer’s Manchester United. With Sterling and Rashford, not to mention Jadon Sancho, they are well equipped for counter-attack football. United’s opening-day defeat of Chelsea at Old Trafford was earned in similar circumstances. The difference is that the smaller teams are quite happy to give the ball to United in the knowledge that they won’t do anything with it. England on the other hand will cut you to ribbons.

But they are going to have to learn if these bigger challenges are going to be surmounted. There is little point in playing one way against certain teams and another in different surroundings, particularly for a team like England who have a DNA running right through all their teams. The only solution is by trying to get more confident in those matches against the top teams, more comfortable, more familiar in testing environments.

They have got to carry on and implement that style of play no matter what, with a focus on eliminating errors and ensuring that chances stick whenever they come. For now, they should enjoy fixtures like the one upcoming. It’s a chance to boost confidence and to score goals. This group won’t trouble England at all, but they will need to already have one eye on the finals next summer when tougher challenges are in store.