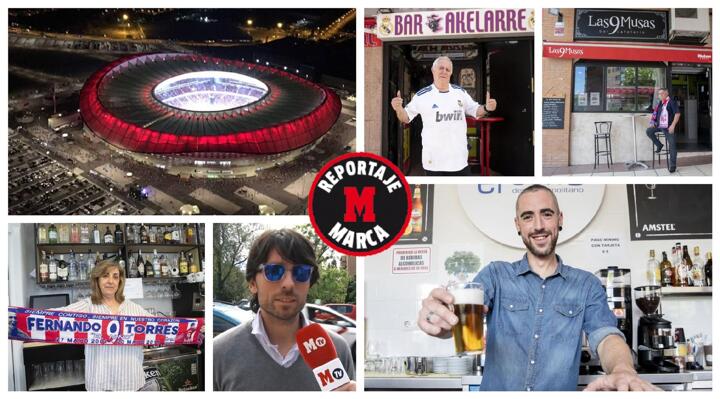 Thousands of Liverpool and Tottenham fans will descend on Madrid, many without tickets, leading to the typical soaring prices as an English champion will be crowned for the first time since Chelsea beat Bayern Munich seven years ago.

MARCA have spoken to the National Police, the Culture, Tourism and Sports Board of the Community of Madrid, the Madrid Hotel Businesses Association, private rental platforms such as Airbnb and bars and neighbours in the area which will host the final.

The Culture, Tourism and Sports Board of the Community of Madrid are delighted to be able to host the event, adding to the Copa Libertadores final in 2018.

"It's evident that a sporting event of these characteristics has a positive impact on business and tourist sector in the region, in addition to questions of brand image for the area which hosts it," they explained.

"We are a reference destination which highlights the connectivity we have by land and air and also for our high level of sporting infrastructure.

"We also stand out for the capacity of our hotel and services sector, without even considering the prestige and experience of Spanish security organisations.

"This all leads to us being described as a reliable and competitive destination and with the celebration of sporting events like this, it reinforces our brand image." 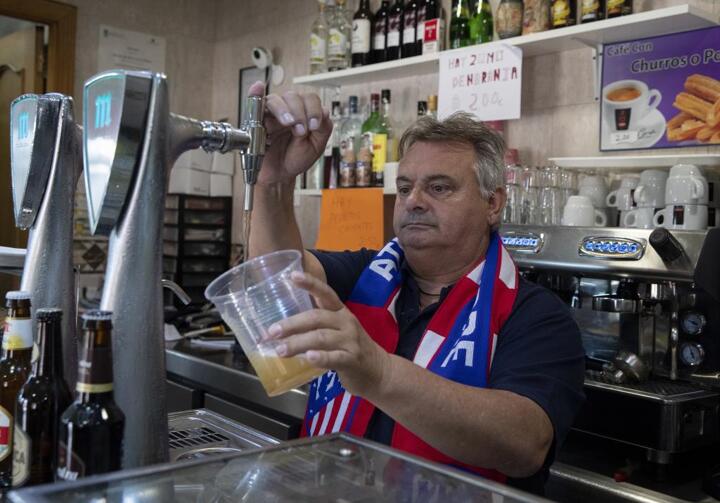 As has been in the case in recent years, the challenge of finding accommodation in the host city of the final has been the most complicated task.

Leading search websites such as Booking show that more than 95 percent of hotel rooms have been booked, while they show the cheapest available room for two nights over that weekend at 1,140 euros.

Almost 50 percent of hotel bookings have been made before even knowing the teams to make the final, some of them through official sponsors or brands associated with the competition.

Hotels are not regulated and can put whatever price they like, unlike airlines, and they do so according to criteria of supply and demand, according to the Madrid Hotel Businesses Association.

On Airbnb, for example, fans are encouraged to book as soon as possible as prices rise each day, with a typical room in a neighbourhood near the Wanda Metropolitano costing 500 euros per night, while a full apartment costs over 1,000 euros.

Even in nearby suburbs, such as Getafe or Alcorcon which are a considerable distance away, see prices surpass 300 euros per person per night. 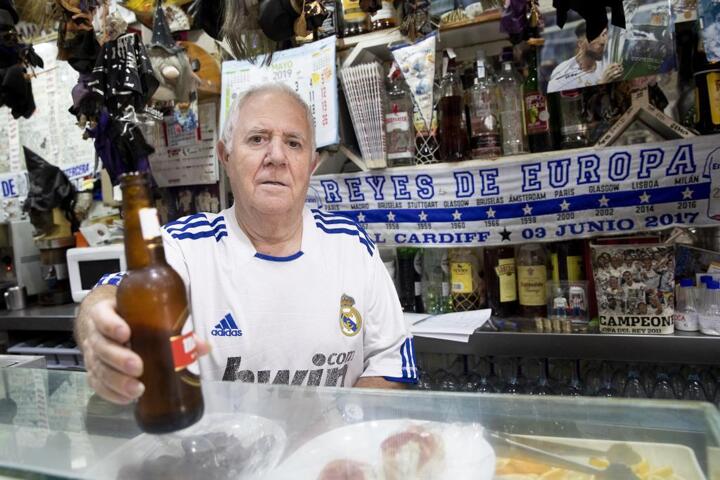 Locals are not keen to take advantage though, as more than 20 people in Canillejas, Rosas and Rejas told MARCA.

"We almost don't have enough space for us, how would we be able to rent a room?" one neighbour said.

"[I'm supporting] Tottenham, because there is [Fernando] Llorente and [Mauricio] Pochettino, who are popular in Spain."

"If I was single and didn't have children maybe, but with two children I don't know where I could put anyone," another person said in the area.

"I'm very against this idea of stadiums being in residential areas, they should be further away," one particularly frustrated resident responded.

"I wouldn't do it [rent a room], but I understand that there are people who think about doing business, it should the government or those who have the competition who regulate this so that prices don't rocket so high."

Only one of over 20 people who spoke to MARCA seemed to consider the idea, who went on to say that they would support Liverpool as a fan of Jurgen Klopp.

"I hadn't thought about it, but it's an option, if I get 100 euros for a room I would be more than happy," they explained.

The new rules approved by the Madrid City Council, called 'anti-Airbnb' by some, favours residents and will reduce touristic noise, according to the association. 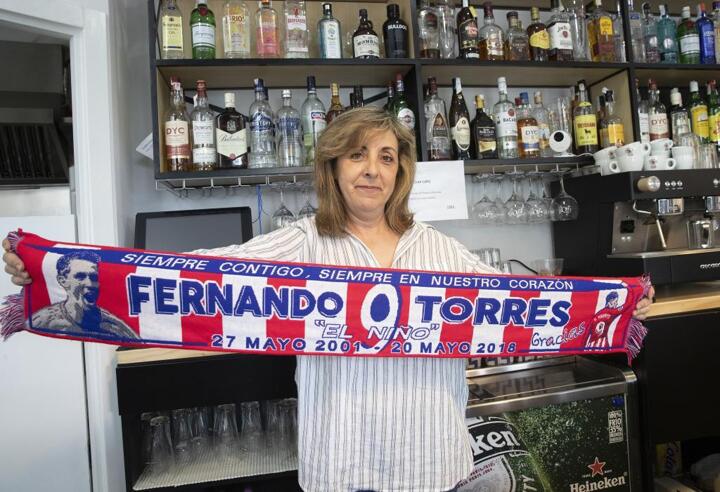 "We're going to treat the English as they deserve, with their own beers from their country, like Murphys or Guinness, so they feel at home," says the owner of bar Ronda 6.

"What's good is that for Atletico matches, people come to the bar two hours before and two hours after, during the game there aren't many," explains a waiter at Volapie, another bar close to the stadium, who hope to earn more than 4,000 euros on that night.

"On this occasion, there will be many people through the whole day, even during the game, I think we will treble our takings."

Each bar expects to sell almost 3,000 litres of beer and will remove tables and cheers and use plastic glasses in order to make drinking easier and avoid problems.

"We aren't scared of hooligans, there's always a lot of police and security," a waiter at Niza, another bar in the area, adds.

"Maybe there will be some altercations because they usually happen, but we aren't scared that they will be dangerous." 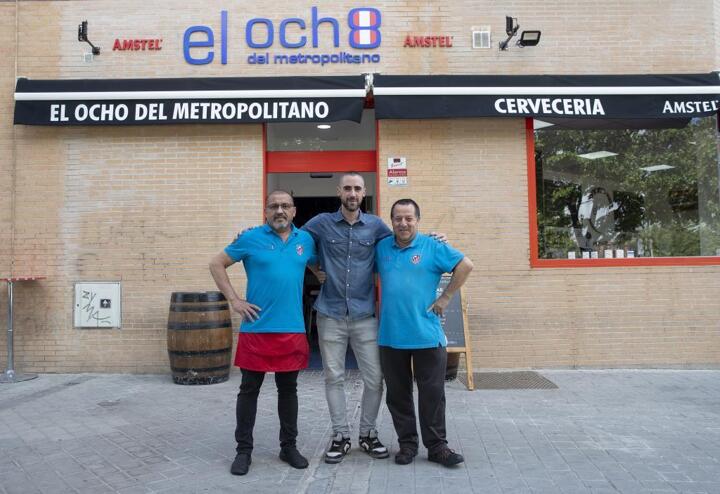 UEFA, who chose the Atletico Madrid stadium for its capacity, interior spaces, parking spaces and accessibility, is not responsible for the rise in hotel, flight and other prices as it only organises the event two years in advance.

What they do have control over is the pricing of tickets, with six different categories set, the most expensive being set at 600 euros, the second at 450 euros, the third at 180 euros and the fourth at 70 euros.

Disabled access tickets will cost 70 euros and a pack for one adult and one child will cost 140 euros.

UEFA recently allocated tickets to neutrals through a draw, whilst each club in the final will have 17,000 tickets to sell.

Another 30,000 tickets will be given to the local organising committee, UEFA, national federations, commercial partners and other operators.

Looking at websites offering reselling of tickets for the event, prices range from 1,000 euros to 10,000 euros.

The band Imagine Dragons have confirmed their attendance, having won a Grammy and now ready to perform the opening ceremony for the final.

A warm-up event will last four days before the game, with each passing year resembling the Super Bowl more, following on from Dua Lipa's opening act last year which became the most viewed video on social media last year.

"For the fourth consecutive year, the opening ceremony will combine music, entertainment and sport in a unique experience for fans," assures UEFA Events Director of Marketing, Guy-Laurent Epistein.

"It will be a great spectacle in Madrid," Imagine Dragons' lead singer Dan Reynolds explained, joining the likes of Black Eyed Peas and Alicia Keys, who performed in 2017 and 2016 respectively. 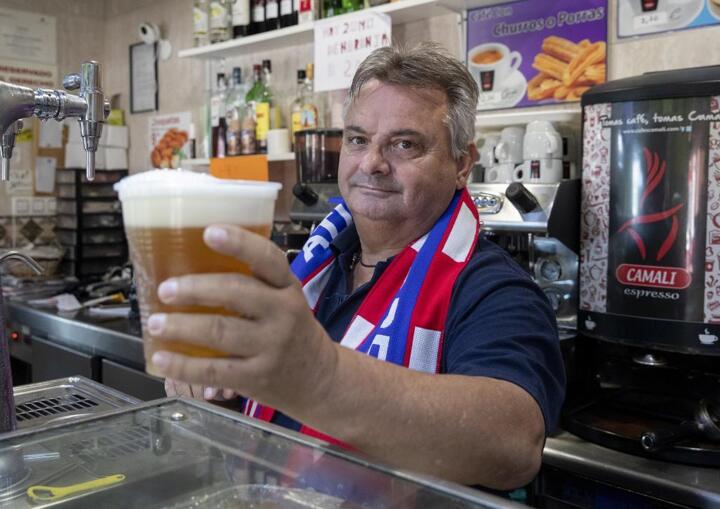 Relief at avoiding politics and independentism in the final

Six months ago, the National Police met with the Body and Forces of State Security to coordinate the event, preparing for all kinds of occurrences.

Barcelona's defeat at Anfield meant that there would be no controversy surrounding Catalan independence which was feared, with fears of political conflict now reduced.

Not only around the Wanda, but also around the city, there is a sense of relief that two English teams have made the final as almost all fans will travel via flights from the UK, making it easier to control them.

It avoids conflicts such as with Ajax fans, who travelled to Madrid via train or car, meaning that the 'hooligans', as English football fans are known in Spain, will be the best possible scenario for security forces.

With just a matter of weeks until the final on June 1, Madrid is preparing for the biggest party in Spain and in Europe.