With his great performances and omnipresence on the pitch, Fede Valverde has killed any debate about the need for Paul Pogba at Real Madrid. 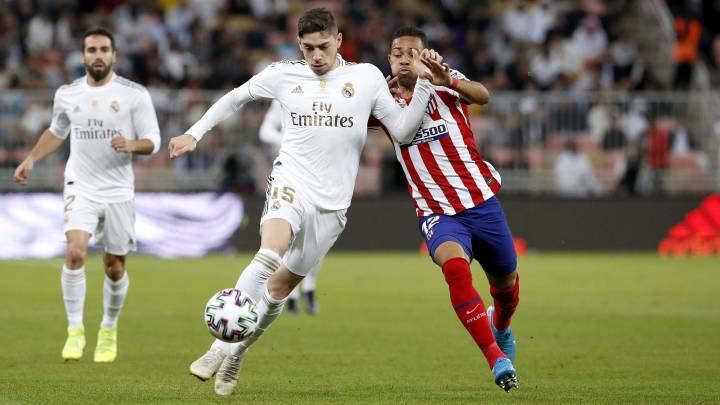 Fede Valverde has ended any need Real Madrid had for Paul Pogba, with the Uruguayan midfielder adding yet another magical game to his catalogue of great performances this season.

In the Super Cup final against Atlético in Jeddah, Zidane once again opted to play five midfielders and the 21-year-old worked his socks off in another exhibition of his qualities as an all-terrain player. He gave the third highest number of passes in the opponent’s half after Kroos and Modric, with a success rate of 85.9%; while after Courtois, he had the joint-second highest number of ball recoveries (nine) alongside Dani Carvajal and Toni Kroos.

The young Uruguayan international also came close to scoring in the 67th minute and then served as a martyr to curb an Atlético counter attack in extra time, picking up a red card for taking out Álvaro Morata as the Spanish striker was goal bound and on course to score. 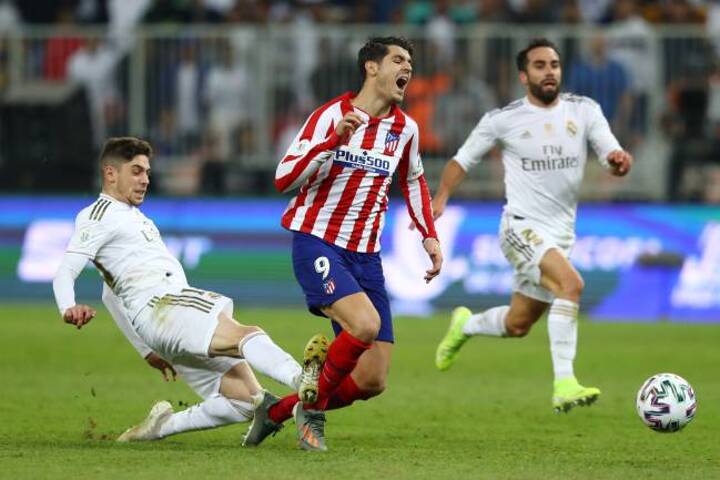 With his great performances and omnipresence on the pitch, Valverde has killed any debate about the need for Paul Pogba at the Bernabéu. He has emerged as Madrid’s fourth midfielder and has even put Modric's indisputable status in jeopardy. Nowadays Zidane is no longer being asked about signing Pogba, but rather about comparisons between Valverde and the Frenchman.

In 2016, Valverde moved from Peñarol to Madrid, with Los Blancos paying just €5 million for the then 18-year-old. And after passing his induction at Castilla, earning his stripes at Deportivo La Coruña and eventually establishing himself in Real Madrid’s first team, the club has seen his value skyrocket. In its latest December valuations, Transfermarkt.com priced him at €50 million, a 150% increase on his value at the start of the season.

The red card he picked up in Jeddah means he will miss Saturday’s game against Sevilla – a forced respite at the beginning of the second half of season that begins strongly with another derby in a month and a half, the first leg of the Champions League last 16 against Manchester City and the Clásico at the Bernabéu.