Bayern Munich won the Champions League on Sunday night after a Kingsley Coman header was the difference as the Bundesliga champions defeated French giants Paris Saint-Germain.

It was a Champions League final like no other, with the showpiece event played behind closed doors at the Estadio da Luz in Lisbon, Portugal, due to the coronavirus pandemic.

But beyond the action in the Portuguese capital, there was plenty happening off the field, from Marseille fans celebrating PSG's loss to thousands of fans watching the wrong game. Sportsmail runs you through everything you might have missed from the Champions League final. 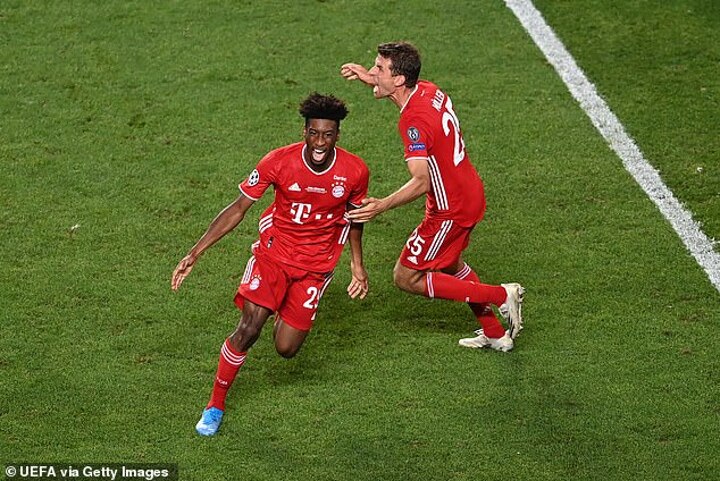 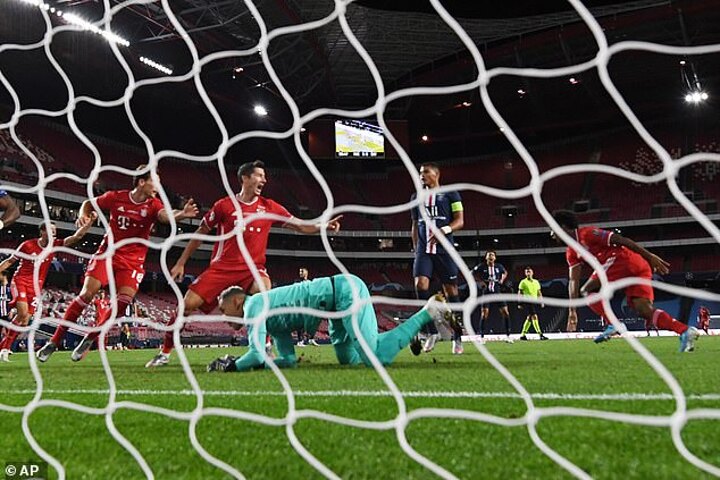 WHEN UEFA IS YOUR NATIONALITY

The Champions League anthem has become iconic in itself in recent years, with the famous tune blared out in the moments before kick off of each European tie throughout the season.

The powerful tune usually draws determined gazes from players as the camera pans across the stars of the respective teams, but on Sunday one match official took the anthem very seriously indeed.

Assistant referee Lorenzo Manganelli, from Italy, has been captured with his hand on his chest as the tune was played before kick off in Lisbon in a rather unusual sight for fans watching the build up.

The biggest club game on the football calendar unsurprisingly draws the biggest audience, with fans searching for a way to watch the most coveted prize in European football.

And it would appear that a huge number of football fans were hilariously watching the wrong game on Sunday, with over 11,000 viewing a YouTube stream of Bayern's 3-1 win over PSG in December 2017.

Despite the fact that the game was being played in the wrong stadium with fans in attendance, the swathes of fans were tuned in on the 70th minute, just after Corentin Tolisso netted his second of the game. 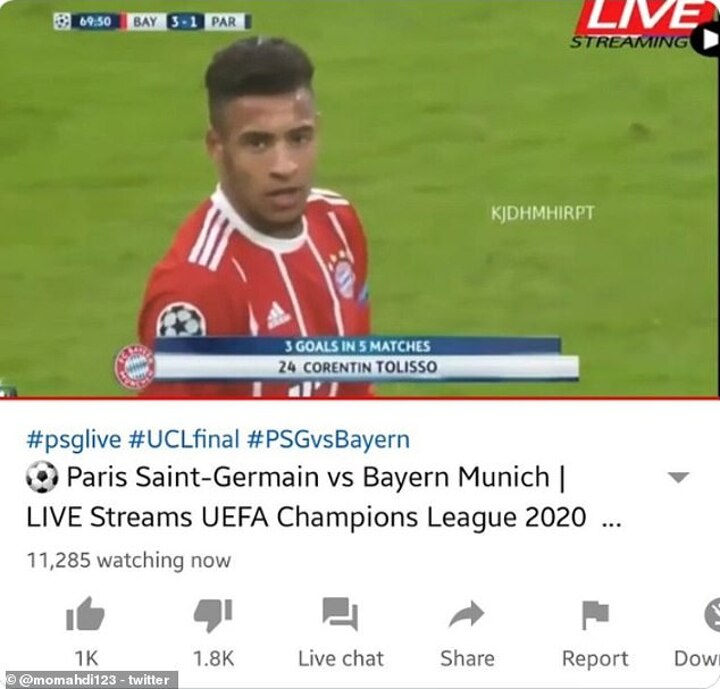 Cup finals in modern football typically see fans of the loser's rivals celebrate the result just as joyously as the competition winners, with hoards of fans flooding social media to laud it over their arch rivals.

But for Marseille fans, the celebrations could not be restricted to a mobile phone or computer screen, with supporters pouring onto the French streets to rejoice in Paris Saint-Germain's European failure.

Fans have been pictured packed on a square with red flares set ablaze and fireworks set off to toast the Ligue 1 champion's demise on Sunday evening, in #AJamaisLesPremiers (Never The First) celebrations.

The scenes follow from events in Paris where PSG ultras gathered outside the Parc des Princes stadium to cheer on their team from afar, while 5,000 fans watched the game from inside the ground. 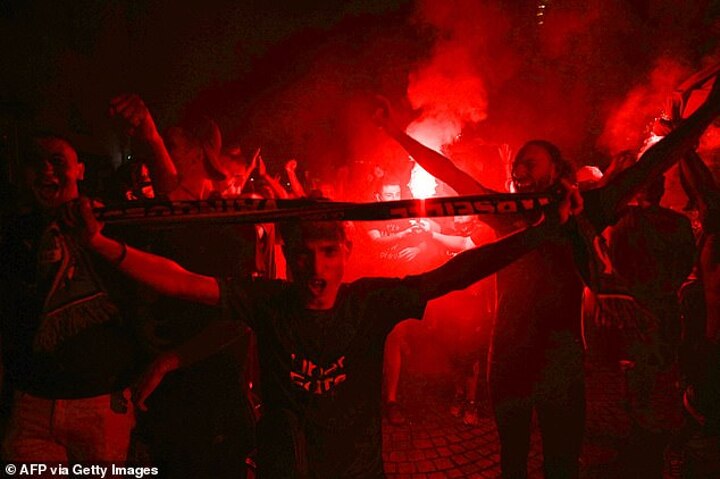 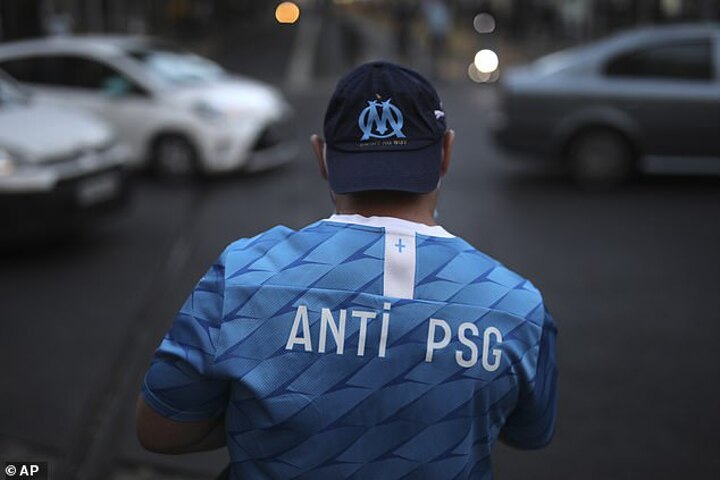 'KING' COMAN ADDS ANOTHER TROPHY TO HIS COLLECTION

It's been some career for Kingsley Coman, and he's still just 24 years old.

The former PSG and Juventus winger has won a league title in every season of his professional career, and Sunday's win saw the Frenchman add a Champions League title to his huge collection of silverware already.

Speaking of which, he has now won 20 major trophies during his career, including five Bundesliga titles, two Ligue 1 titles and two Serie A titles.

He was the standout performer on Sunday night as he inspired Bayern to victory, and will hope to play a key role with the Germans who are truly on the up. 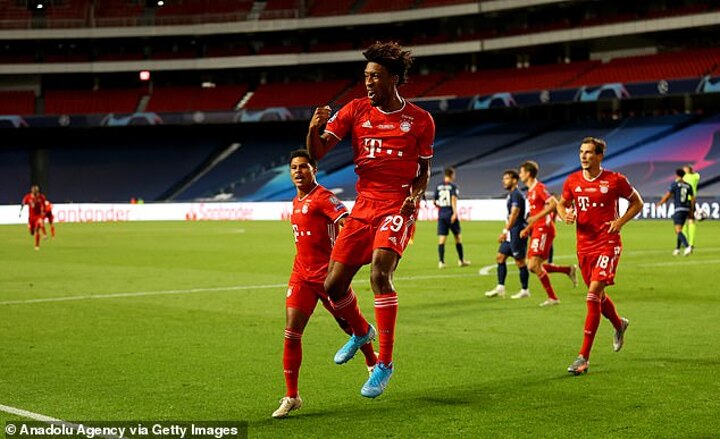 The trio are the only clubs to score 500 goals or more in the competition, with Los Blancos leading the way with 567 strikes while Barcelona have 517.

The Spanish duo likely have Cristiano Ronaldo and Lionel Messi to thank for firing them beyond 500, while the efforts of Robert Lewandowski have gone a long way in getting Bayern to that benchmark. 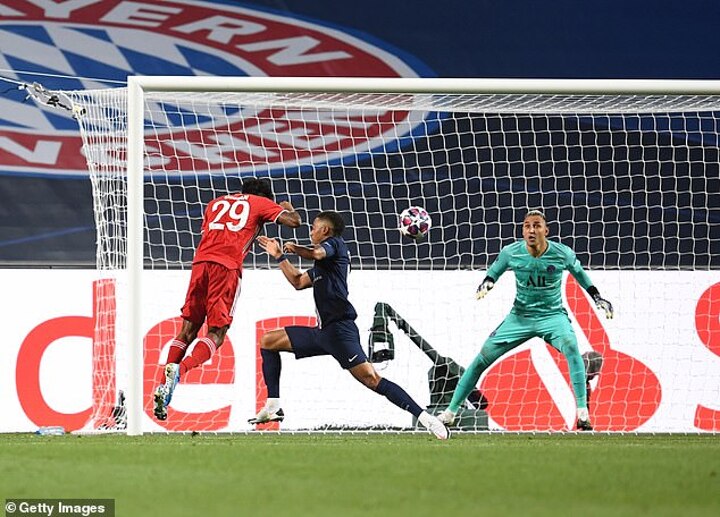