Lazio's dream of winning their first Serie A title in 20 years will live on with victory over Atalanta on Wednesday night. 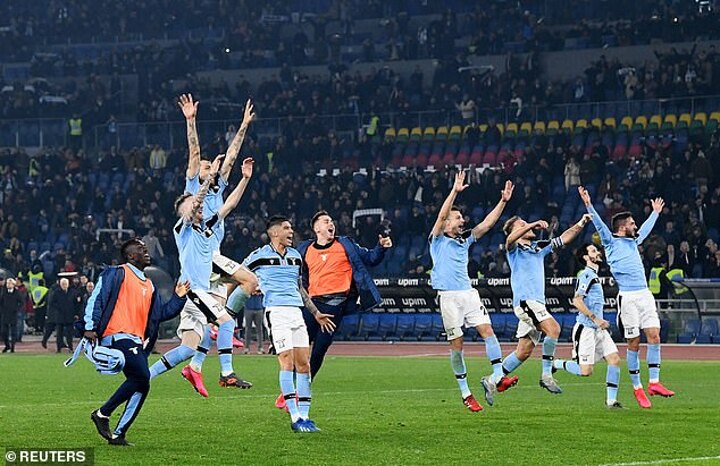 Simone Inzaghi's side can heap the pressure on league leaders Juventus and manager Maurizio Sarri following their Coppa Italia final defeat by moving to within a point of the reigning champions with an away win.

The league clash sees Lazio make their return to action following the enforced break due to the coronavirus shutdown with their last outing coming on February 29. 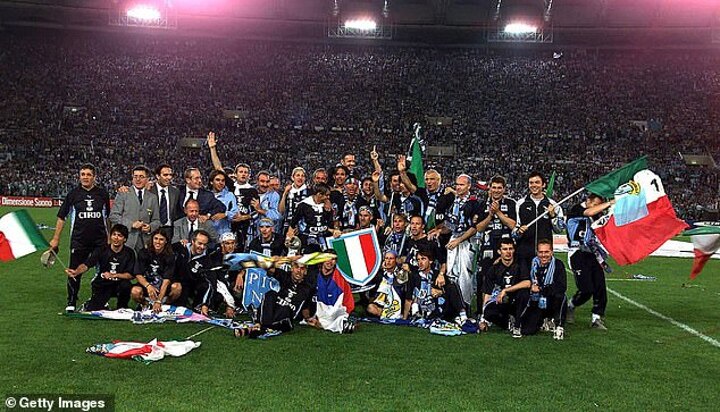 President Claudio Lotito has gone as far as to have the clubs shirts designed to look similar to those worn by the title winning team of 2000 in the hope it might somehow inspire his team to repeat the feat. This is Lazio's best chance of lifting the Scudetto but they must overcome the tough test of Atalanta.

Lazio's opponents have impressed this season, they're currently in fourth place in the league standings and have progressed to the quarter-finals of the Champions League.

Here, Sportsmail's man in Italy looks at the major talking points ahead of the crucial encounter in the Italian top flight tonight.

There is positive mood in the camp heading into their restart but there are concerns over injuries to a host of stars.

And former Liverpool midfielder Lucas Leiva is one player who will be sorely missed on Wednesday.

The Brazilian is hugely underrated and his impact at the base of the midfield often goes under the radar. 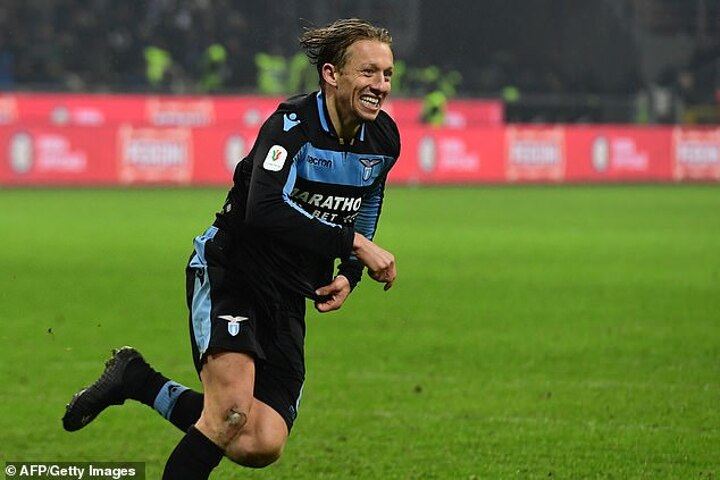 His defensive capabilities allows the likes of Luis Alberto and Sergej Milinkovic-Savic to have more freedom.

Inzaghi will also be without defender Luiz Felipe as well as midfielders Senad Lulic and Adam Marusic.

Despite the number of casualties on the treatment table, the Lazio boss has insisted his side are ready for the challenge.

'We have some problems with some men, but we have prepared well,' Inzaghi said at a pre-match press conference.

The remaining 12 games in Lazio's title run-in could be Milinkovic-Savic's last for the club.

The box-to-box central midfielder has been heavily linked with a move away from the Italian side with Paris Saint-Germain, Manchester United, Chelsea and Tottenham all expressing an interest.

Lazio are willing to listen to offers for the £50million-rated 25-year-old, who has notched five goals and provided seven assists in 31 appearances this season, according to sporting director Igli Tare.

'If there is a possibility that satisfies the club and the player, it will be taken into consideration. If there is not, he is happy and we are very happy for him to stay,' he told Sky Sport Italia.

Milinkovic-Savic will be a key player in unlocking the Atalanta defence on Wednesday. 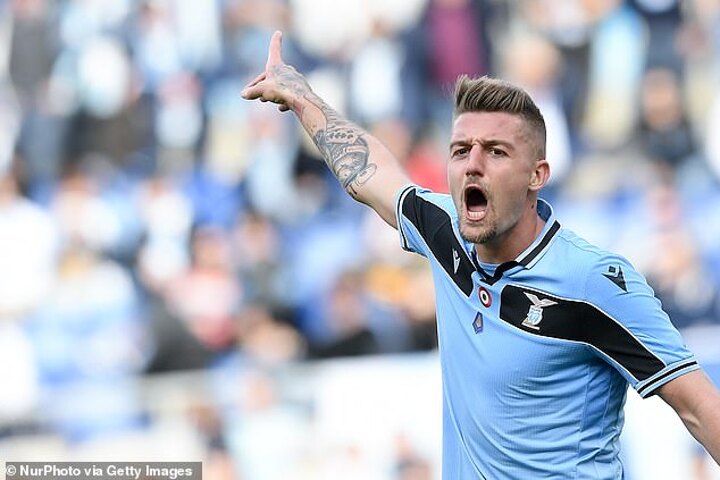 Atalanta made their comeback with an emphatic 4-1 victory over Sassuolo on Sunday.

As well as the momentum and confidence that a win brings Atalanta also have a game behind closed doors under their belts and know what to expect.

And the pressure is very much on Inzaghi's side after Juventus secured victory on Monday night.

Lazio had won four consecutive games prior to the suspension of football and so need to pick up where they left off.

'All the matches will be crucial because at the end of the season there is little left.

'The first matches will give many ideas, both from a physical and game point of view. It is difficult to say if the stop could have been damaging to Simone Inzaghi's club.' 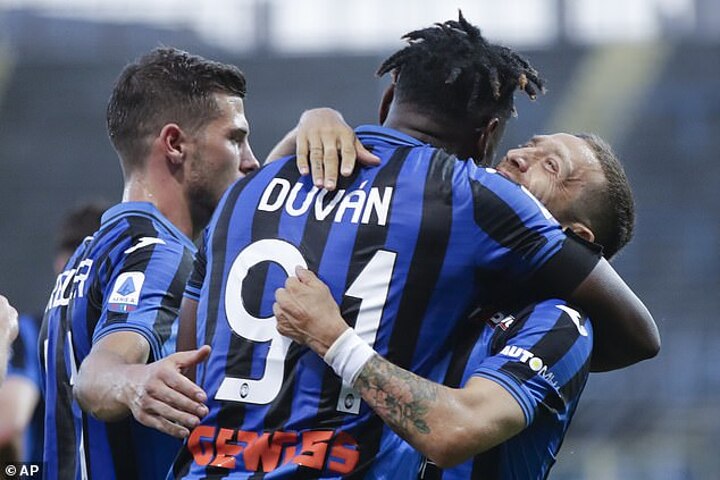 The club might not have won Serie A for two decades but Inzaghi's group of players have the right mentality.

After the outbreak of Covid-19 no player left Roma and all players have scrupulously followed the physical preparation at home imposed by the club's medical staff.

'All of their players have remained in Roma. At that moment, good management is important.' 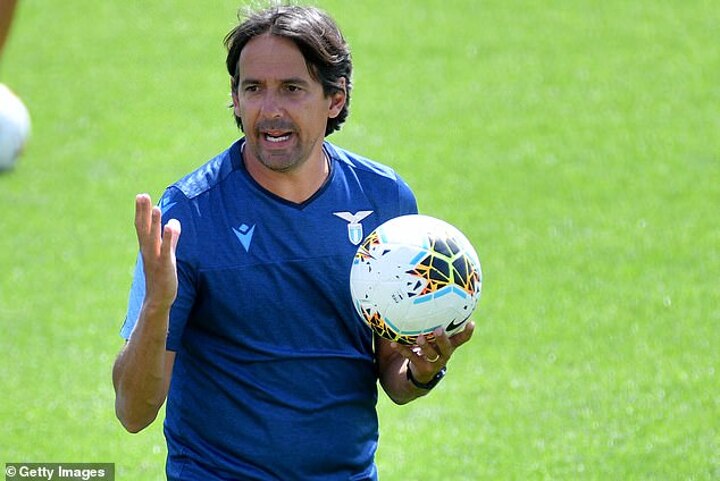 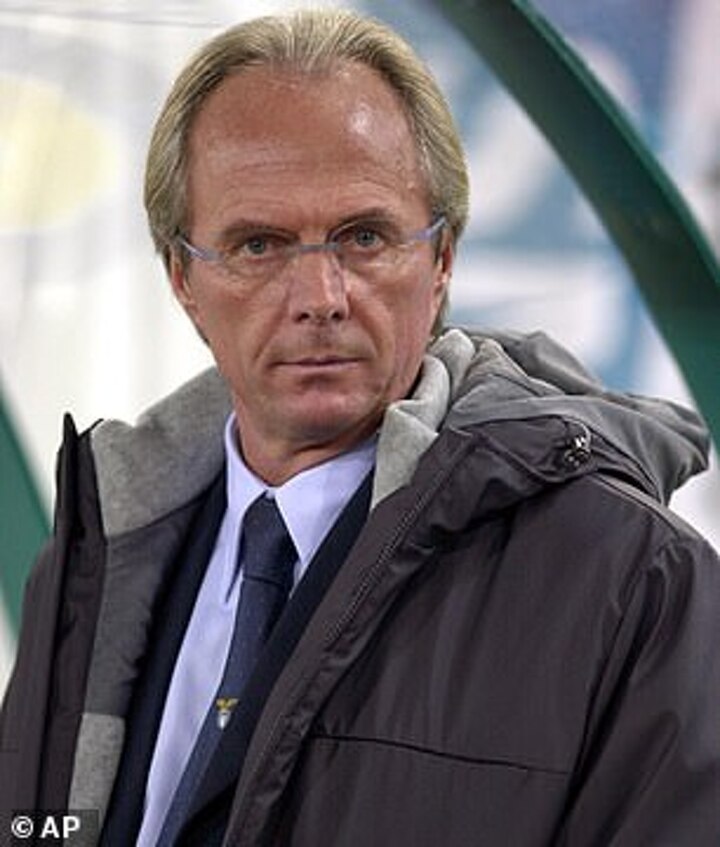 Former England boss Sven-Goran Eriksson was the man in charge at the Stadio Olimpico when Lazio last lifted the Scudetto.

Eriksson brought huge success to the side in four years at the helm. He won 78 matches from 136, resulting in a win percentage of 57.35.

Prior to the Serie A triumph he won the UEFA Cup Winners' Cup, UEFA Super Cup as well as two Coppa Italias with the talented Lazio side.