So that's that, then. Pep Guardiola's Manchester City are Premier League Champions for the second consecutive year. 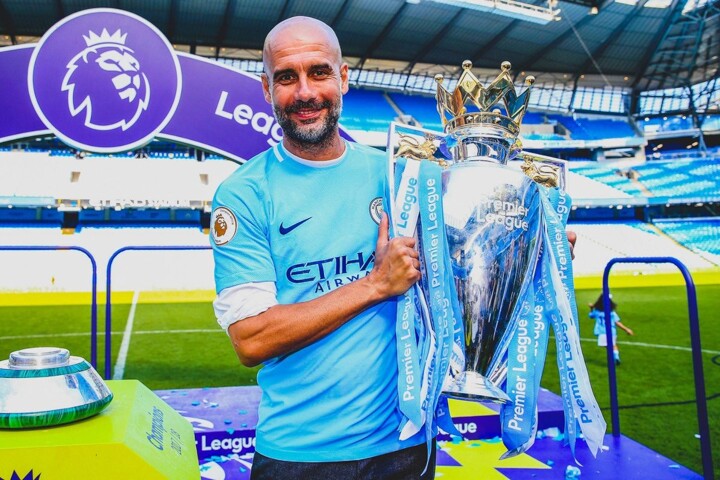 This marks the first time that anyone has retained the Premier League title since 2008/09 when Sir Alex Ferguson led Manchester United to their third-straight title win.

It's been over a decade since someone other than Ferguson (José Mourinho in 2005/06) retained it. Those two were the only managers to achieve this incredible feat, and now Guardiola has joined their ranks.

Retaining the Premier League, with its lack of winter break and utterly relentless pace of play, is a truly Herculean labour. 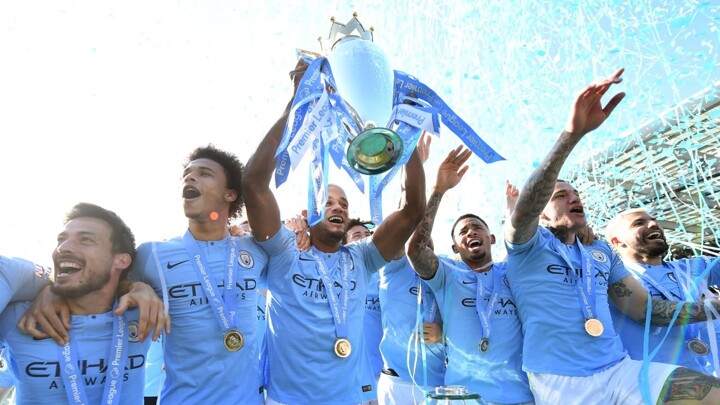 It's not that the league is “the best” (although with the quality of coaching at the top influencing those below, watch this space) but it's just so intense and ceaseless that going again after you've already done the mammoth task of actually winning it just seems almost masochistic.

This title win has been particularly impressive from Manchester City because they have taken part in one of most relentless title races ever seen.

In 2017/18, Manchester City set the record for the most points ever won in the Premier League by bagging 100. The second and third highest totals belong to City and Liverpool this season. 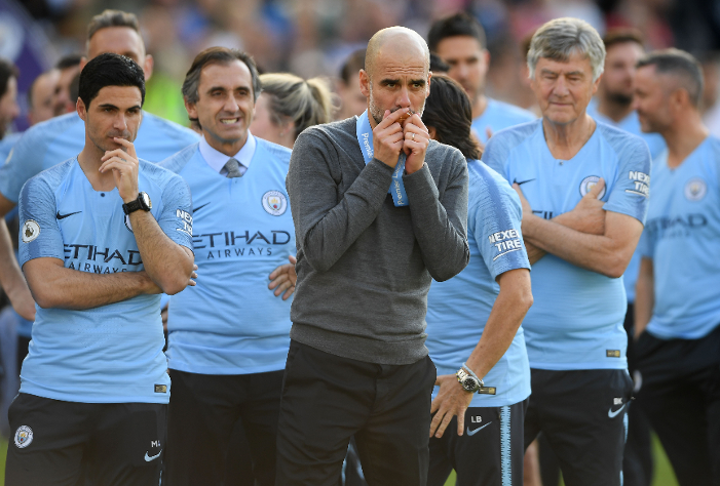 City win the title with 98 points but Liverpool lose out with 97. That is absolutely, mathematically, metaphysically absurd.

The Premier League has never seen the likes of this; these are La Liga numbers. And although La Liga has seen seven title wins where the top two have racked up at least 90 points, the way this race has panned out most specifically recalls one of those.

In 2009/10 Barcelona were looking to defend their La Liga title won in spectacular fashion the previous season. Their manager? Pep Guardiola.

The Catalan revolutionised the Spanish top flight in 2008/09 when Barcelona powered their way to the title playing truly mesmeric stuff. No one had ever seen the like and no one could compete with their excellence. 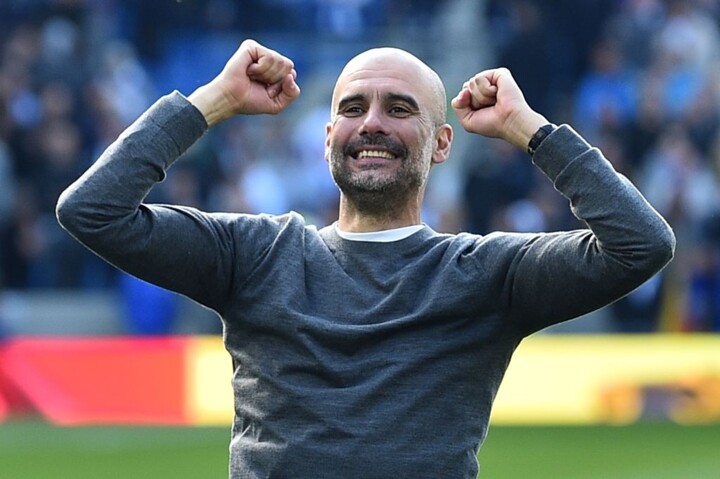 Meanwhile this current City side is looking to complete a domestic treble whereas Barcelona in 2009/10 only won La Liga. Those are differences, but the similarities are legion.

Liverpool unloaded big money on big players to build a side capable of challenging City, and they immediately did just that.

The Reds have been ceaseless in their pursuit of Pep Guardiola's men this season. In the run-in they haven't blinked once, which has forced City to play their games under an enormous amount of pressure. 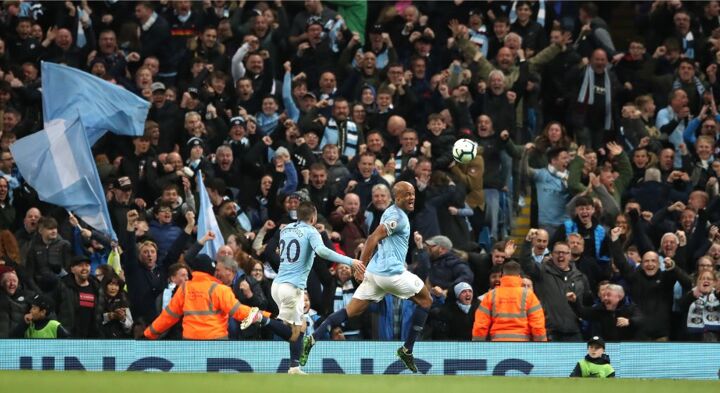 Before the final day they had won four games in a row following their Champions League elimination having scored just five goals. They conceded none. The matches were tight and cagey, with City showing their mental strength and focus as opposed to their skill.

Then they wrapped it up with a 4-1 win against Brighton, exploding against the Seagulls to seal their 14th consecutive victory and a historic 'second 2010 moment' for Guardiola. Goals from Sergio Aguero, Aymeric Laporte and second-half stunners from Riyad Mahrez and Ilkay Gundogan sealed the deal and crowned City champions.

In 2009/10, Barcelona were slugging it out with Manuel Pellegrini's Real Madrid all season. Both Clásicos were so tight, with the Blaugrana winning both of them 1-0 and 0-2.

In the end it came down to the last day of the season with Barcelona winning 4-0 against Valladolid and Madrid dropping points away to Malaga, ending the season with a colossal 96 points whilst Barça racked up an absurd 99. 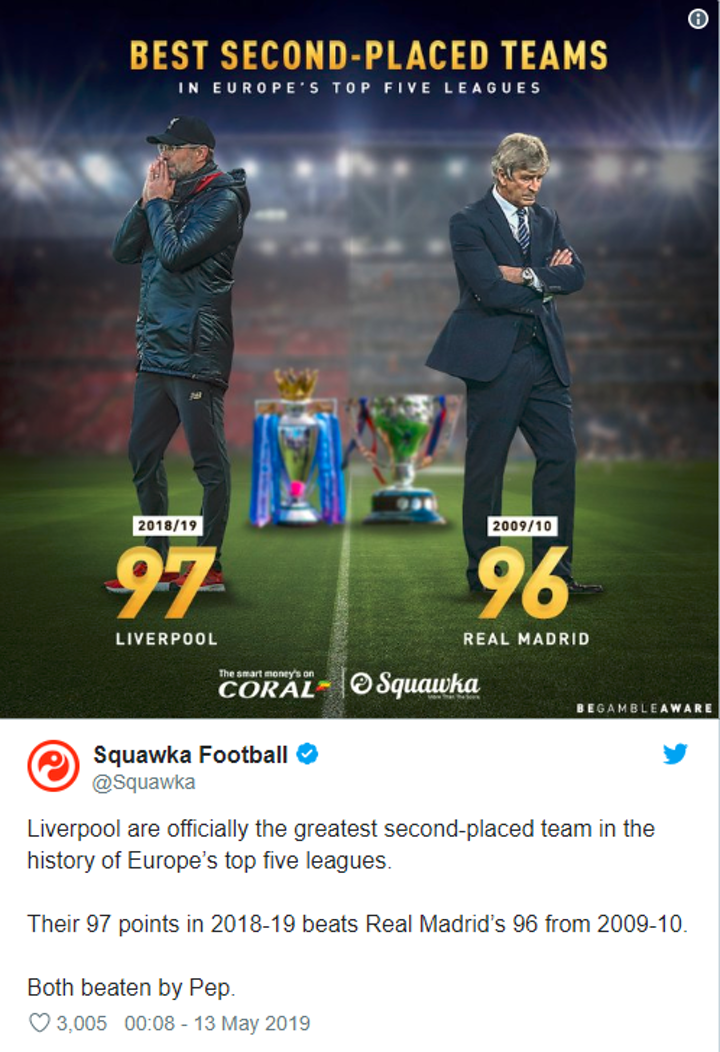 Having come through that marathon title race, perhaps it's of no surprise that he was able to keep his side cold and composed as they held off the relentless challenge of Jurgen Klopp's Liverpool.

But whilst that will delight Manchester City fans, and only justify the lengths the club went to in order to secure Guardiola and the degree to which they have backed him, what will really excite them is what comes next.

Not just the FA Cup final against Watford and the chance to win a historic domestic treble, but what they can achieve going forward.

Looking back to that Barcelona side almost a decade ago, Pep added steel to the previous season's silk. Many weren't happy that the side was less thrilling than they were in 2008/09, but they acknowledged how imperious they had been. 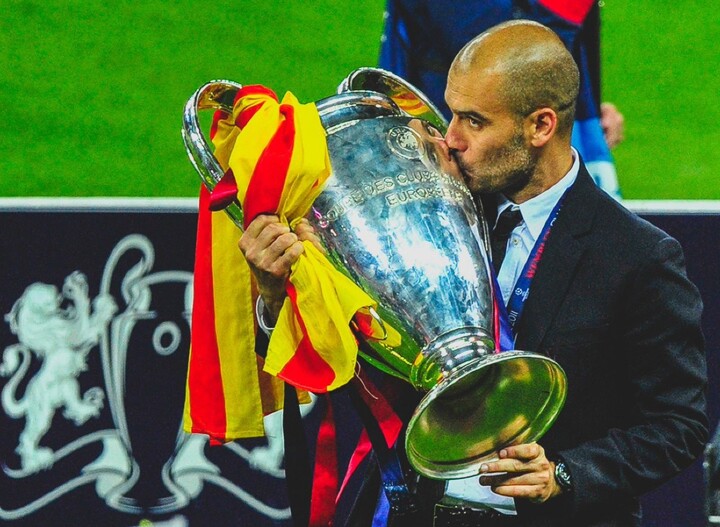 What Guardiola then did was take that imperious and relentless mental strength that they had found, the tactical rigour and discipline they had developed in their never-ending title race, and add just a little bit of the stardust from 2008/09.

The result? Pep Guardiola's best-ever side obliterating everyone (including a monstrous Real Madrid managed by José Mourinho) before them to win La Liga and the Champions League in the most complete and comprehensive style.

He had seen Pep's first side and even he knew that the one assembled in 2010/11 was the best thing ever. 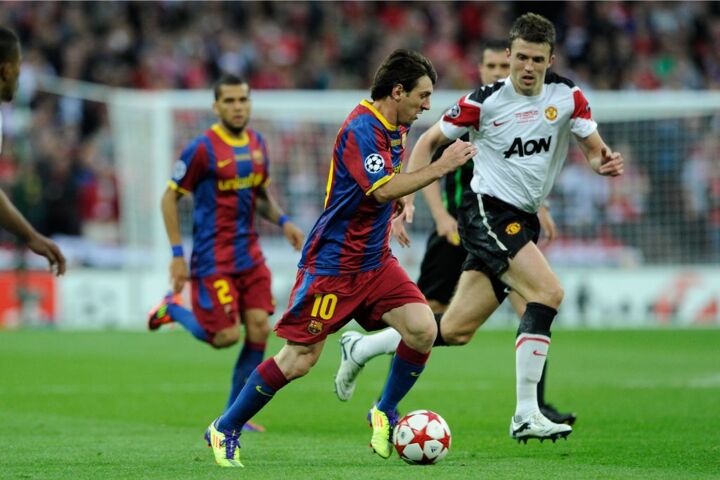 'I think they're the best side ever,' said Graeme Souness of that 2011 side. Even Michael Carrick said, on Graham Hunter's 'Take The Ball, Pass The Ball' documentary, that the side played the best brand of football ever.

Pep had combined the mentalities of his previous two seasons, found the perfect mix, and unleashed the whirlwind.

Now just what is he going to do with Manchester City? The sky is the limit with this young side.

They dazzled us all with Gabriel Jesus, Leroy Sané and Kevin De Bruyne in 2017/18, then in 2018/19 those players all took a backseat (for various reasons) and instead Raheem Sterling, Bernardo Silva and Aymeric Laporte stepped up to grind the Premier League into the dirt beneath their heels. 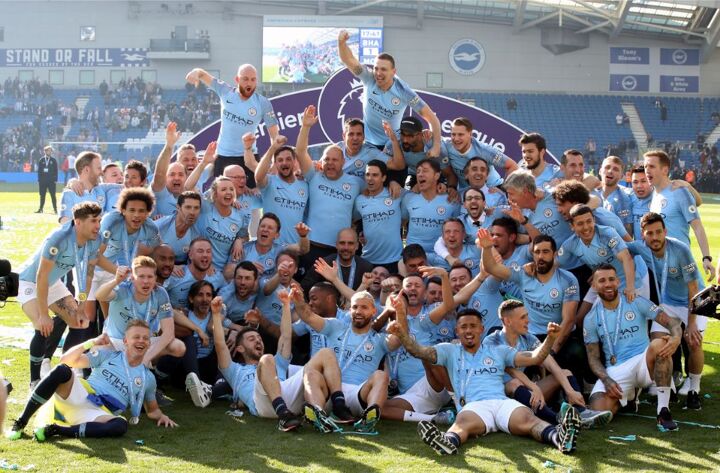 Now imagine if they combine those two sets of players? What if Riyad Mahrez comes to life in his second season the way Bernardo Silva did? What if they actually sign a left-back?

That City have won consecutive titles playing defenders as makeshift left-backs is perhaps the most incredible thing of all.

There is so much potential for growth at the Etihad next season and if Pep Guardiola's Barcelona history is anything to come by then the Sky Blues will be putting on a colossal show for us all in 2019/20.