The fact that both these teams received this result with a degree of satisfaction perhaps said everything about them. This had the feeling of 90 minutes of damage limitation about it. 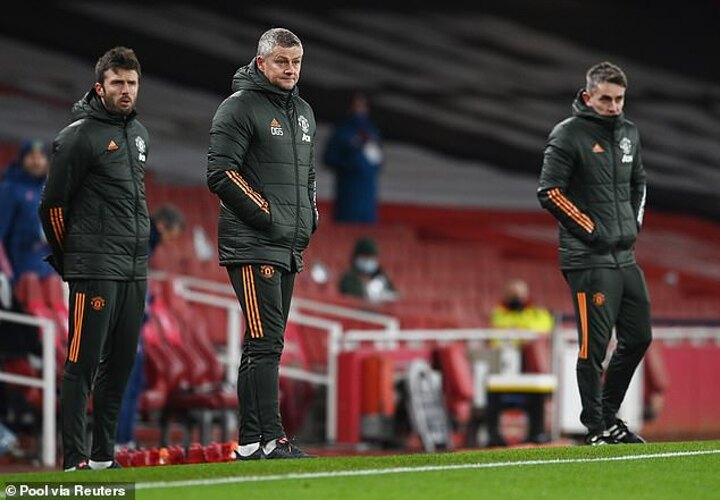 But maybe this is what happens when you have gone a while without a Premier League title. Almost eight years for Manchester United, almost 17 for Arsenal, as remarkable as that sounds.

Maybe a little of the belief goes. Maybe some winning instinct goes with it.

On the face of it, this is a season that offers a great deal to both these great clubs. Both have improved their form and the top half is unusually bunched. A good run — as United found recently — can take you places quickly.

Yet this was a tame match at the Emirates. It lacked intensity and any feeling that it was really important.

Even though a win for United would have kept them hard on the shoulder of leaders Manchester City and a victory for Arsenal would have taken them to the fringes of the European race, both seemed to be marking time a little.

It was particularly strange from United. Ole Gunnar Solskjaer’s team had beaten Liverpool in the FA Cup a week earlier and had not lost away from home in the Premier League all season.

Yet they never looked as though they were in a hurry to try to win this game and a look at their results against the traditional big teams in the league this season reveals a pattern.

In six games against Arsenal (who they have now played twice), Chelsea, Tottenham, Manchester City and Liverpool, United have scored one goal (a penalty) and failed to win.

That suggests they have lost a little of that trademark confidence. If so, they need to find a way to get it back.

Here, they may well have sneaked a win. Edinson Cavani missed two very presentable opportunities in the second half. Arsenal also had chances earlier in the half. Willian shot weakly when unmarked and Nicolas Pepe struck the foot of Harry Maguire when he seemed set to score. Then Alexandre Lacazette struck the underside of the bar with a free-kick.

So United should not feel unlucky when they reflect on this result. In the first half in particular, Arsenal looked as though they could be beaten. They were missing three of their best players and seemed uncertain. United should have gone after them vigorously, but they didn’t.

‘We missed a chance to beat Arsenal. I think we did enough, we created enough chances to win. Maybe they dominated just the 10 minutes they had in the second half. We had our good chances as well, but we did enough to win today.

‘If we want to win, we have to take the chances.’

That was a generous assessment. More accurate was the one from team-mate Luke Shaw. He called United’s display ‘sloppy’. 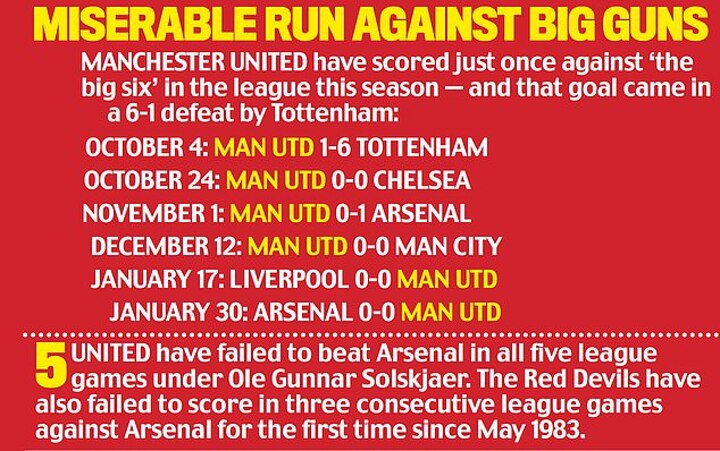 Keane can be rather too blunt an analyst at times but in questioning the levels of his old team’s conviction on this occasion, he was quite right.

This season began with low expectations at Old Trafford so everything should feel like a free hit. Against Arsenal and in the home defeat by Sheffield United in midweek, they just looked inhibited.

Some have suggested that United’s improved efforts this season will set them up well for the next one; that they will improve the squad and use the experience of this year to kick on.

But the problem with that theory is that it doesn’t take into account the fact City and champions Liverpool are likely to return to previous levels for 2021-22. This has been an unusual season but the next one should feel more normal.

So United will have to reach very high indeed next season if they are to be relevant to the title race. Meek, unadventurous, scoreless draws at Arsenal hardly cut the mustard this season and certainly will not when the next one rolls around.