In one corner it was blue, victorious and ecstatic, in the other it was red, defeated and subdued: Manchester was a city of two tales on Sunday. 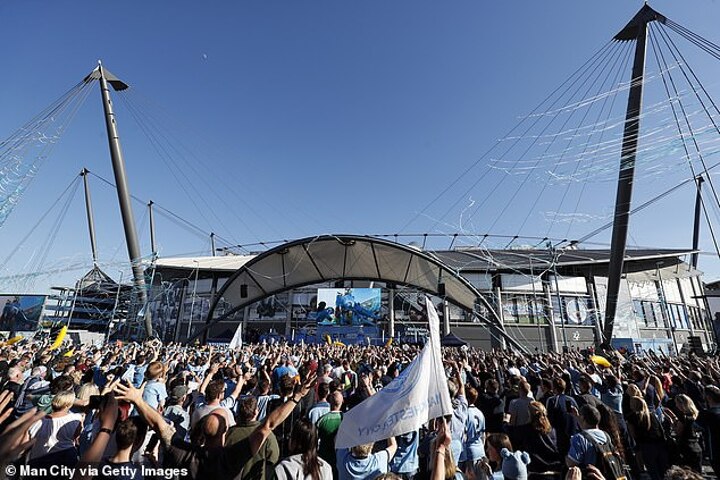 For Manchester City and Pep Guardiola, there was joy: pints and inflatable bananas flew into the sunshine at City Square outside the Etihad stadium at 4.20pm when Riyad Mahrez made it 3-1 at Brighton and expectation turned into certainty.

On the final whistle the music blared, 'Blue Moon' and 'We're Not Really Here'. They were readying themselves for a long night - as Mahrez's goal sunk in, the sound of another rivet being drilled into the celebration podium could be heard. Manchester City don't fail to prepare. 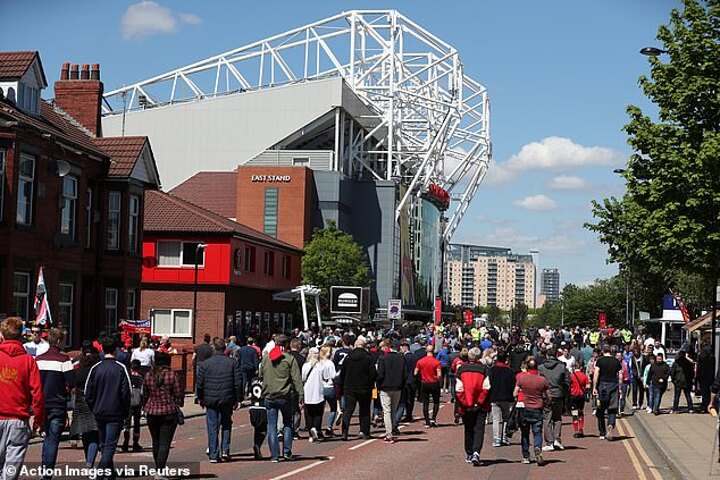 They are champions again, a domestic double completed, a possible treble awaits at Wembley.

There were 10,000 here, really here, in front of a giant screen. Numbers were limited - Manchester police had another game across town.

But at Old Trafford there were no such scenes. What really wasn't there was the Manchester United staple, tension.

At 1pm it had been 10 deep at the Stretford End where United players enter beneath a photograph of Sir Matt Busby with the European Cup. In a season when the team bus has been late, this was dedication. 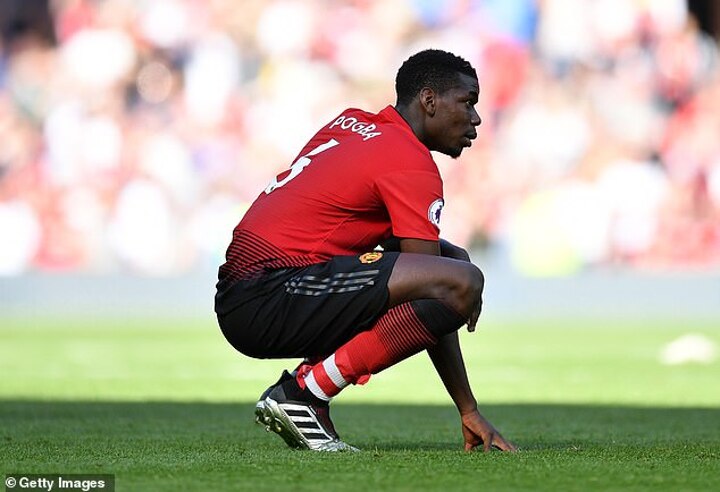 At kick-off, though, there were empty seats and in a strange end to a peculiar season, once again a sense of drift. The team drifted forward. The club drifted sideways.

At half-time, trailing 1-0 to a relegated team, Cardiff City, there was a smattering of boos. United had created a couple of chances and 17-year-old Mason Greenwood had been prominent, hitting the post with a deflected shot.

Something is missing at Old Trafford. When the United match programme seeks consolations such as 'there is still a chance that the Reds could pip Arsenal to fifth place,' the order established by Sir Alex Ferguson over two decades is a statue kicked over.

Ferguson himself warned that the 'noisy neighbours' were capable of this and he will hardly be delighted to be proven right: 'You better get used to it because we're going to be seeing a lot of this new City,' he said back in 2012.

One of new City's achievements has been to successfully defend their title, the first time a team has done so since Ferguson's United in 2007, 08 and 09. In Guardiola, Ferguson has worthy company.

His warning came in the wake of the theatre of the 2011-12 last day. Then tension was a United norm, and even if Ferguson felt the pain of Sergio Aguero's 94th-minute winner against QPR that sunny afternoon, he understood what it took.

United were still direct competitors; now they are sixth. City do face a red challenger; Liverpool. 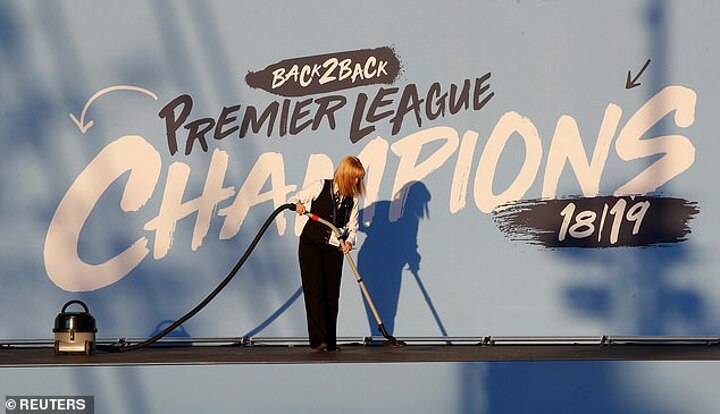 Ferguson's fire fuelled his squad to come back the following season, to 89 points and another title.

But it's been a long slide since and if the low of the 64 points of 'the David Moyes season' has been beaten, the sound of Cardiff fans taunting Ole Gunnar Solksjaer about 'getting sacked in the morning' will have been most uncomfortable.

They also sang: 'Just like Cardiff, your city is blue.' That was possibly more hurtful of all because it is, unquestionably, true. A 32-point gulf between the teams is one measure of that, but City's strategic thinking is another. 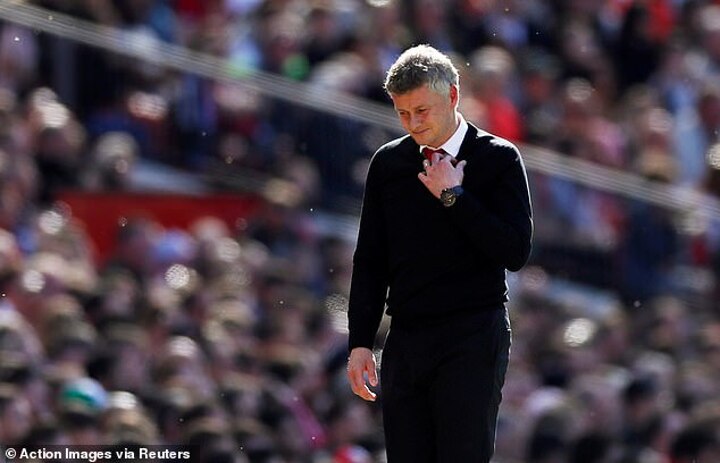 Even before Brighton, Guardiola said his squad will improve next season. At the same time Solskjaer was talking about an issue as basic as fitness: two clubs on parallel tram lines travelling at different speeds.

And now, if City do not win the FA Cup, United will be playing in the Europa League in July. Even before next season begins, United could face disruption.

To avoid that, this city's reds need its blues to win on Saturday.