It was a case of better the devil you know for Nemanja Matic after he signed for a Jose Mourinho team for the third time this week. 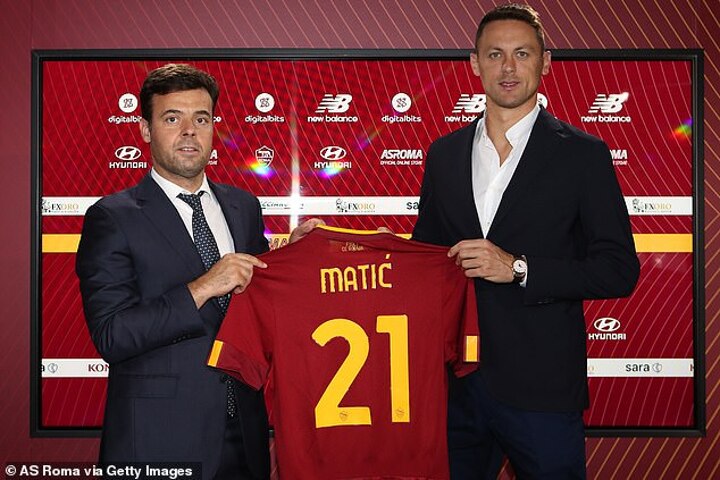 The Serbian midfielder joined Serie A side Roma on a free transfer on Tuesday after his contract expired at Manchester United this summer.

That move marks the third time Matic has linked up with Mourinho - despite the 33-year-old midfielder admitting it's 'not always easy' working with the 'Special One'.

But the Portuguese boss does have history signing certain trusted players and has be known to bring several reliable stars to multiple clubs he has managed.

African strikers Didier Drogba and Samuel Eto'o are among those brought in more than once, with left back Nuno Valente perhaps a surprise name on the list of Mourinho's trusted lieutenants.

So, Sportsmail looks at which other players Mourinho has signed twice or more - and judges just how they got on. 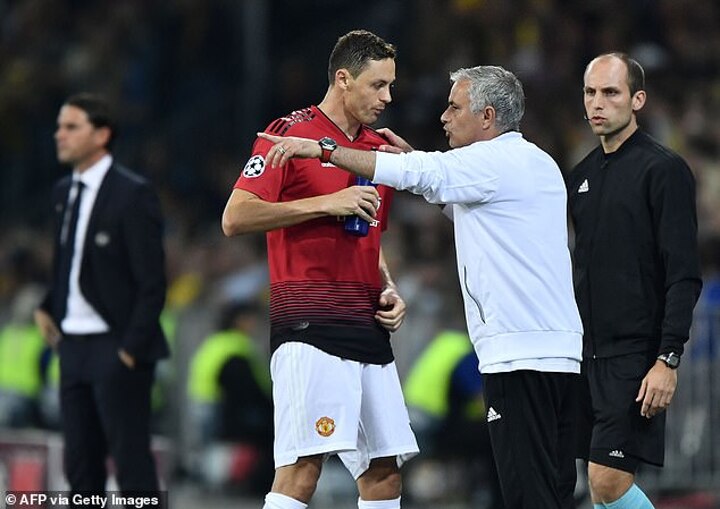 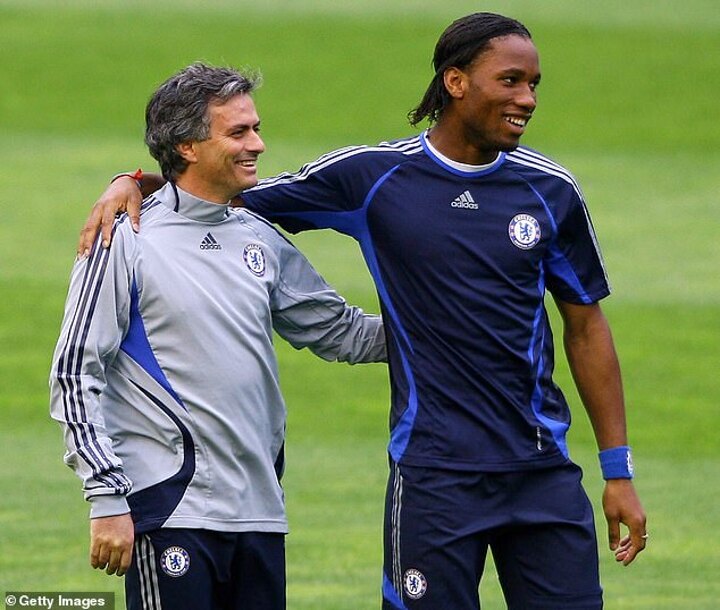 One of Mourinho's very first signings as Chelsea manager was Drogba, who had scored 32 goals in 55 appearances for Marseille the season before his £24million switch.

He got off to a slow start at Stamford Bridge, with Blues fans even subjecting him to jeers in his debut season over perceived play-acting, but over the next two seasons the Ivorian powerhouse came into his own.

After helping Mourinho's men claim back-to-back Premier League titles, Drogba netted 33 goals in all competitions as they narrowly missed out on a third crown in 2006-07, three of which came in FA Cup and League Cup final wins over Manchester United and Arsenal.

Mourinho left Chelsea later that year and his beloved centre-forward stayed until 2012, only for Mourinho to return for a second stint in charge one year later.

One of his very first moves was to re-sign a 36-year-old Drogba on a free transfer, with the pair clinching another title together before he departed for a second time. 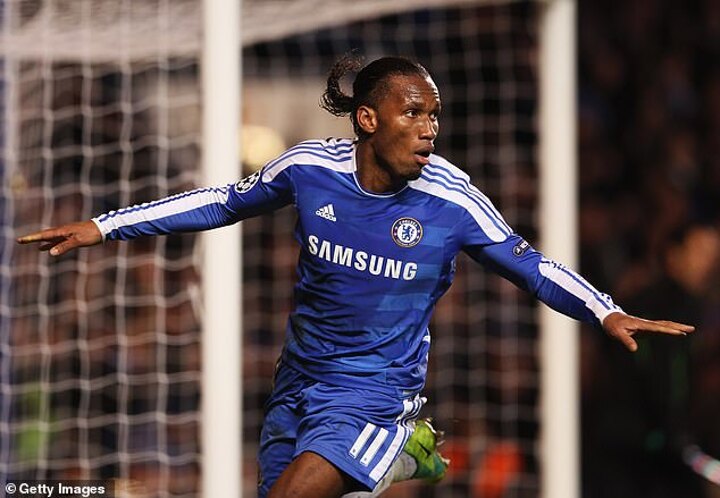 One of Mourinho's greatest pieces of business came when he swapped Zlatan Ibrahimovic for Samuel Eto'o at Inter Milan in 2009 and received £39m as part of the deal.

Barca believed they had pulled off a seismic transfer for one of Europe's top centre-forwards and moved out an ageing Eto'o in the process, yet the Cameroonian and Mourinho came back to haunt them later that season.

While he only netted 16 goals in all competitions, the Cameroon striker was an integral member of Inter's treble-winning side that year, helping them get past former club Barca in the Champions League semi-finals and go on to lift the trophy.

Mourinho left Inter for Real Madrid in the summer of 2010, however three years later he reunited with Eto'o in his second spell at Chelsea.

The 32-year-old was on hand with 12 goals over the course of his single campaign in west London, one of which he celebrated by crouching over and holding his back in jest after Mourinho was secretly recorded doubting his age. 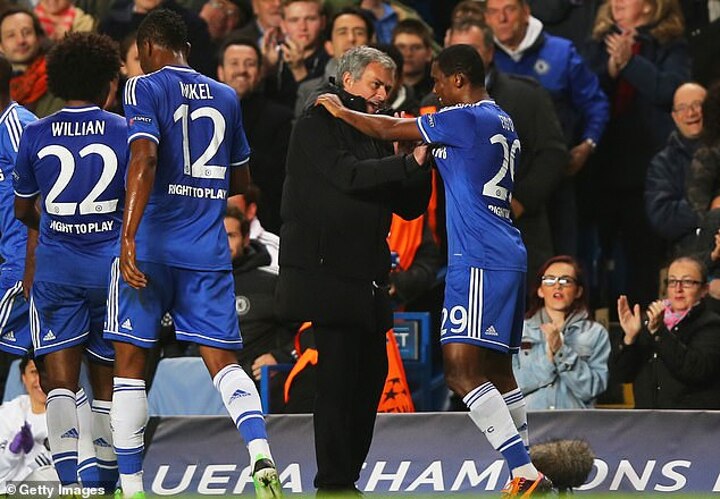 The Portuguese right back proved one of Mourinho's most trusted lieutenants in his time with Porto and Chelsea, first joining him at the Estadio do Dragao in 2002.

Ferreira was an ever-present in the Porto side which recorded back-to-back title wins while claiming the Champions League and UEFA Cup, and when Mourinho took the reins at Chelsea in 2004 he followed him.

Again, he was an important member of back-to-back title-winning squads under the Special One, while also getting his hands on two League Cups and the FA Cup.

Mourinho said about Ferreira during that time: 'The boy never gets injured, which means he consistently plays around 60 games a season, no problem. For me this makes him the world's best right back - which is why I signed him for Chelsea.'

'Paulo will never get a mark of 10 out of 10 in a game or even nine, but neither will he ever get below a seven or an eight.'

After Mourinho's departure in 2007 Ferreira went on to spend another six years at Chelsea, winning another title, three FA Cups, the Champions League and Europa League. 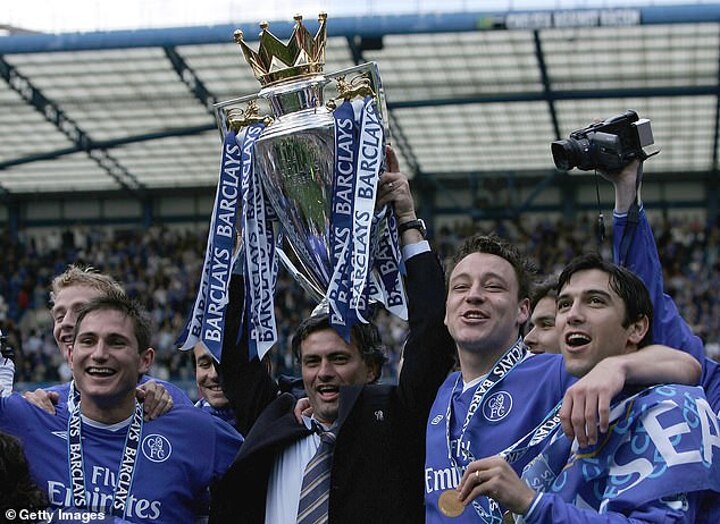 Another player Mourinho brought to both Porto and Chelsea, Maniche first joined the Portuguese club from arch-rivals Benfica in 2002 and instantly become a first-team regular.

The midfielder featured 94 times under Mourinho, scoring 20 goals and getting his hands on two Portuguese titles, the Champions League and UEFA Cup.

After leaving for Dynamo Moscow, he eventually reunited with his former manager when the Russian outfit sent him on loan to Chelsea in January 2006, where he struggled to work his way into Mourinho's plans amid competition from Frank Lampard, Michael Essien and Claude Makelele.

The iconic centre back was already a Porto player when Mourinho rocked up in 2002, though it was under his management when he took his game to new heights and emerged as one of the best defenders in European football.

Having proved instrumental in Porto's Champions League success, Mourinho wasted no time in bringing Carvalho to Chelsea, who forked out £40m to prise him away from the Estadio do Dragao.

It didn't take him long to adjust to English football, either. In his debut season, Carvalho formed arguably the greatest defensive partnership in Premier League history with John Terry, helping the Blues romp home to the title while conceding a record low 15 goals.

Over the course of Mourinho's three full seasons at Chelsea he featured 125 times and swept up five major honours, before eventually linking up with his compatriot at Real Madrid in 2010.

Mourinho secured a £7m deal to re-sign Carvalho at the Bernabeu, where they won the Spanish title and Copa del Rey together.

However, after racking up 48 appearances in his first season the veteran played more of a bit-part role over the next two campaigns before heading to Monaco. 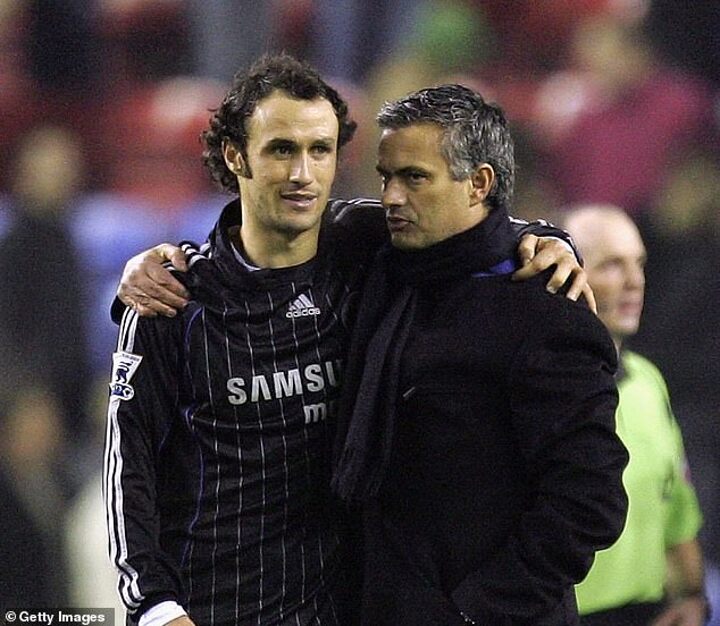 Like Carvalho, the Ghanaian midfielder was signed by Mourinho at both Chelsea and Real Madrid, first arriving at Stamford Bridge in 2005 after completing a £24m move from Lyon.

He initially proved a revelation in English football, with a series of powerful performances in the middle of the park earning him a place in the team alongside Lampard and Makelele.

Essien got his hands on every possible domestic trophy under Mourinho before he was dismissed in 2007, only to reunite with him at the Bernabeu five years later.

Having fallen out of favour at Chelsea, largely a result of injury problems, in 2012 he was sent out on loan to Madrid, where Mourinho branded him his 'son' at a press conference unveiling the signing.

And when the Special One headed back to Chelsea at the end of that season, they briefly spent time together again before Essien left for AC Milan in January 2014. 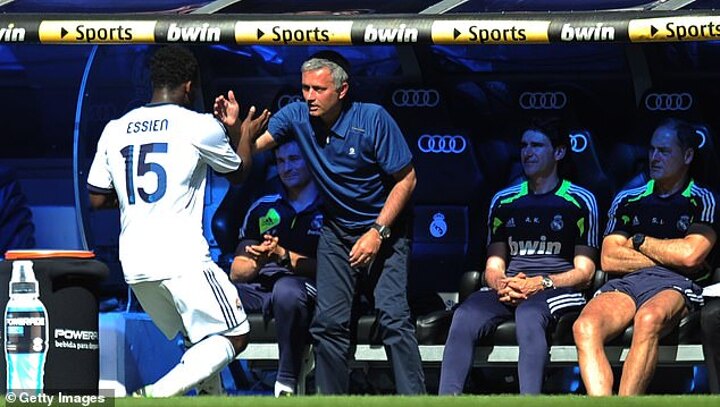 The only player Mourinho has signed on three separate occasions is Matic, who completed a free transfer to his Roma side on Tuesday after leaving Manchester United.

The Serbian midfielder first joined him at Chelsea in January 2014, returning for a second spell at Stamford Bridge having been offloaded three years earlier.

He instantly become a crucial component in the Blues midfield, helping them pick up another Premier League title under their legendary boss in 2015.

Mourinho was axed halfway through their title defence amid a disastrous campaign which left them hovering above the relegation zone, but he eventually joined forces with Matic again at Manchester United in 2017.

The pair did not enjoy the same success at Old Trafford, with Mourinho eventually sacked in December 2018. Now, three-and-a-half years later they are back together again in Rome. 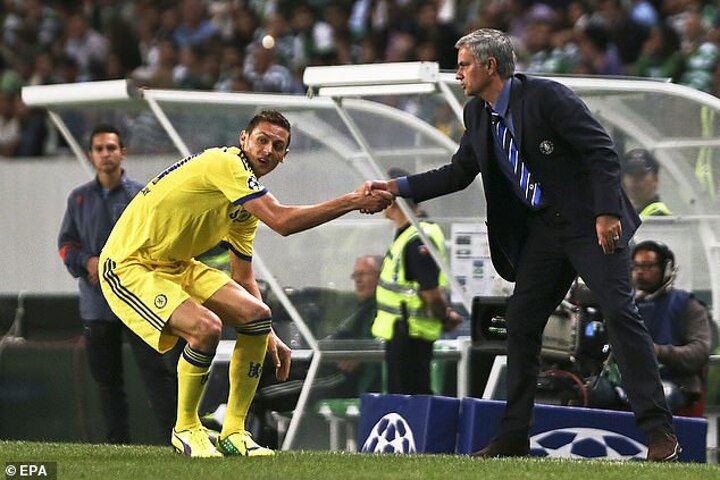 During his early tenure with Portuguese side Leiria, Mourinho spotted Valente and brought him over from Sporting Lisbon.

Having spent three years together at Leiria and clearly been impressed by what he'd seen, Mourinho made the left-back one of his very first signings as manager of Porto.

Again Valente proved an important member of his squad, making 48 appearances as they swept up two Portuguese titles, the Champions League and UEFA Cup.