The Evening Standard's Dan Kilpatrick was at the Tottenham Hotspur Stadium for Spurs' 1-0 defeat to Liverpool . 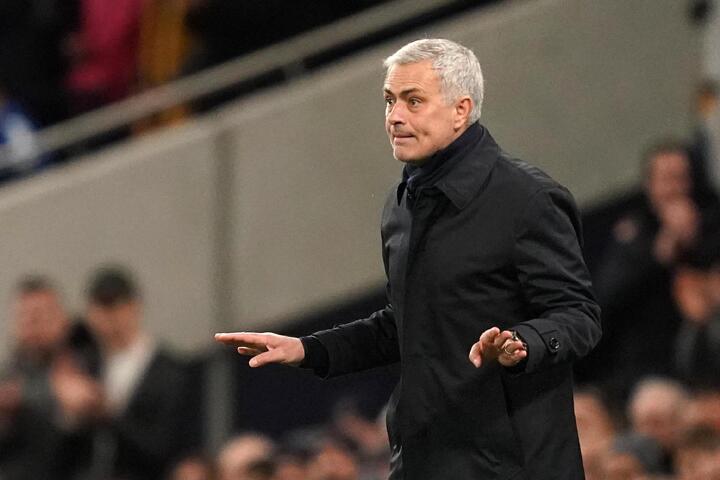 Here is his assessment of the match, from a Tottenham perspective…

Mauricio Pochettino was often accused of playing into Liverpool's hands by employing a high defensive line and demanding they play out from the back in previous meetings. In a departure from his predecessor's approach, Tottenham manager Jose Mourinho set up his side in deep-lying 4-4-2 (with Serge Aurier on the right wing) and commanded them to go direct to Lucas Moura, Dele Alli and Heung-min Son quickly. 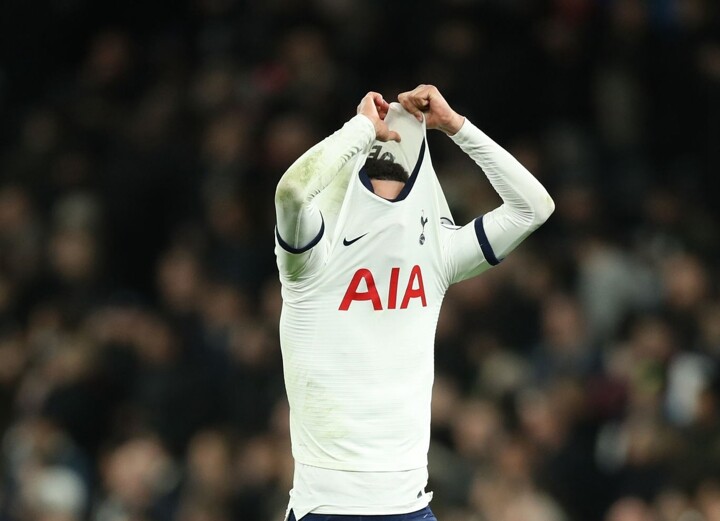 While Pochettino bristled at any suggestions his side played passively, this was classic Mourinho.

Given the two clubs' form and Tottenham's missing players, it was a sensible – if a slightly small-time approach – which very nearly worked to perfection to produce another famous result for the Portuguese.

Although Spurs were too passive in the first half and rode their luck at times, the pace of Lucas Moura and Heung-min Son troubled Liverpool, and after the break the hosts' extra aggression increasingly unsettled the runaway league leaders as Spurs sprung a series of counter-attacks.

The host should really have finished with at least a point but Son and substitute Giovani Lo Celso missed golden chances in the final 20 minutes. Purists might reject Mourinho's tactics – it was hardly 'the Tottenham way' after all – but for the first time in weeks his team played with a clear style and possibly laid out a blueprint for stopping Klopp's relentless winning machine.

The match was a vindication of Mourinhio's claims that Spurs would improve once he had a free week to work with his squad on the training ground, while in Japhet Tanganga – a shock starter – he may have unearthed a defender who can help to shore-up a leaky back-line, even if the youngster was partly at fault for Roberto Firmino's first-half winner.

With a clear week to prepare and a reputation to uphold, it was tempting to wonder if Mourinho would deliver a curveball and he did not disappoint, handing academy graduate Tanganga a Premier League debut out of position at right-back. It was reminiscent of Mourino's decision to start Tomas Kalas (now of Bristol City) in Chelsea's infamous 2-0 win at Anfield in May 2014, which derailed Liverpool's title bid. 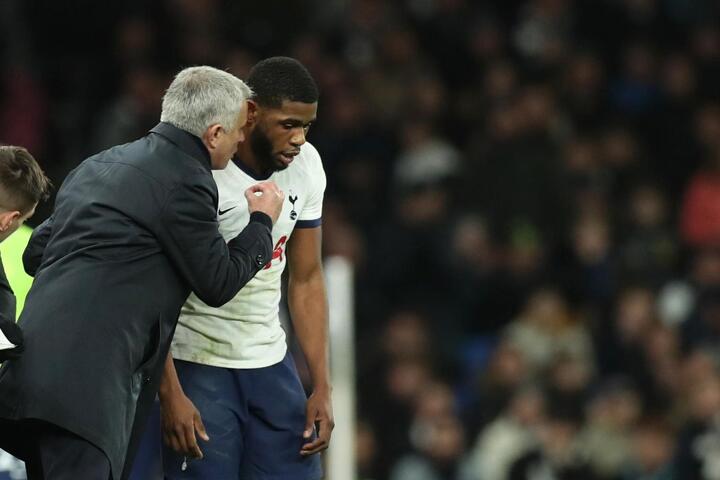 The Spurs manager must have felt that the 20-year-old could hardly do any worse than his experienced defenders, who have shipped 19 goals in the previous 12 matches, and it felt like a win-win call for 56-year-old. Tanganga's outing will ultimately be remembered by one moment, when Firmino left him for dead before finishing emphatically into the far corner.

That aside, it was a hugely encouraging debut for the youngster, who played right-back, left-back and centre-half over the course of 90 minutes and held his own against one of Europe's most fearsome attacks. With Jan Vertonghen seemingly in decline and Mourinho evidently not convinced by Juan Foyth, there is no reason Tanganga, who is in talks over a new contract, should not keep his place going forward.

Mourinho pulled no punches on the eve of the match when asked about his understudies for Harry Kane at centre-forward. "He isn't a striker," Mourihno said of Son. "Danny Rose can play right wing. But he's a left back. It's as simple as that." With Kane watching from the hospital following successful hamstring surgery, Son and Lucas showed both their strengths and limitations as auxiliary centre-forwards. The duo cause problems for Liverpool with their pace and directness, and both had decent opportunities in the opening 20 minutes. 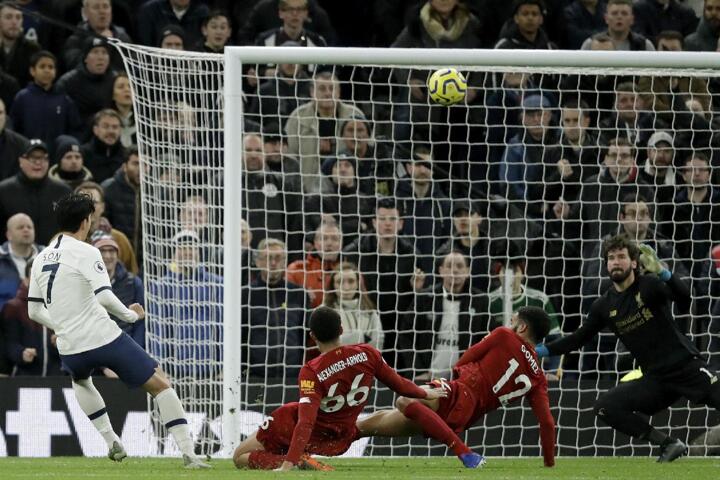 When Spurs are playing like this, they can be hugely effective. But Spurs missed a finisher, with Son and Lucas both failing to force Alisson into a truly difficult save. That's the reason Mourinho wants to sign a centre-forward this month but he will know that when his team is under the cosh Son and Lucas can be effectively outlets.

Christian Eriksen's Tottenham career may have ended on a sour note as he was booed off by sections of the crowd on being replaced by Giovani Lo Celso after 70 minutes.

With Inter Milan interested in signing the playmaker, it could easily prove his final appearance in Spurs shirt. Until late December, Eriksen was in and out of the XI, as first Pochettino and then Mourinho found themselves reluctant to start the wantaway playmaker, yet still reliant on his quality. 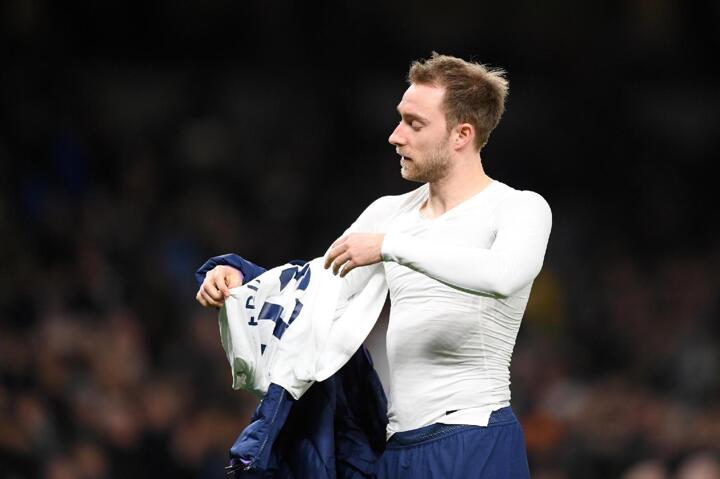 After Eriksen's goal in the 2-2 draw at Norwich, Mourinho appears to be have made a decision to play him while he remains at the club but this match was evidence that the manager should abandon the policy. Eriksen was passive, going through the motions as the game drifted past him.

His inclusion was particularly surprising as both Lo Celso and Erik Lamela, who replaced Danny Rose at the same time, are more aggressive players who are also capable of springing the counter-attack. Indeed, Lo Celso made an immediate impact, winning a tackle to create a golden chance for Son. When Eriksen eventually leaves Spurs, there will be plenty of good times to look back on but his subdued displays of late will tarnish his legacy.