The problem with being Lionel Messi's best pal is that you are destined always to exist in his shadow. Whatever you do, the chances are he will always come up with something better.

Sergio Aguero may not end his career as revered worldwide as Messi – who he says is 'like a brother' – but few players will be able to look back on what they have achieved with as much satisfaction. Along with Cristiano Ronaldo, Messi is untouchable in this era, but how many footballers of their generation could claim to be the equal of Aguero?

With his hat-trick against Aston Villa, Aguero reached 177 Premier League goals, making him the most prolific overseas forward of all time in the competition, surpassing Thierry Henry, who hit 175. City were already 2-0 up at Aston Villa, with the game long since won, when Aguero collected a pass on the edge of the penalty area and unleased a violent strike that Orjan Nyland could only help into the net. On the touchline, Pep Guardiola punched the air.

When Aguero joined City from Atletico Madrid in 2011, he was already one of the world's most impressive strikers. 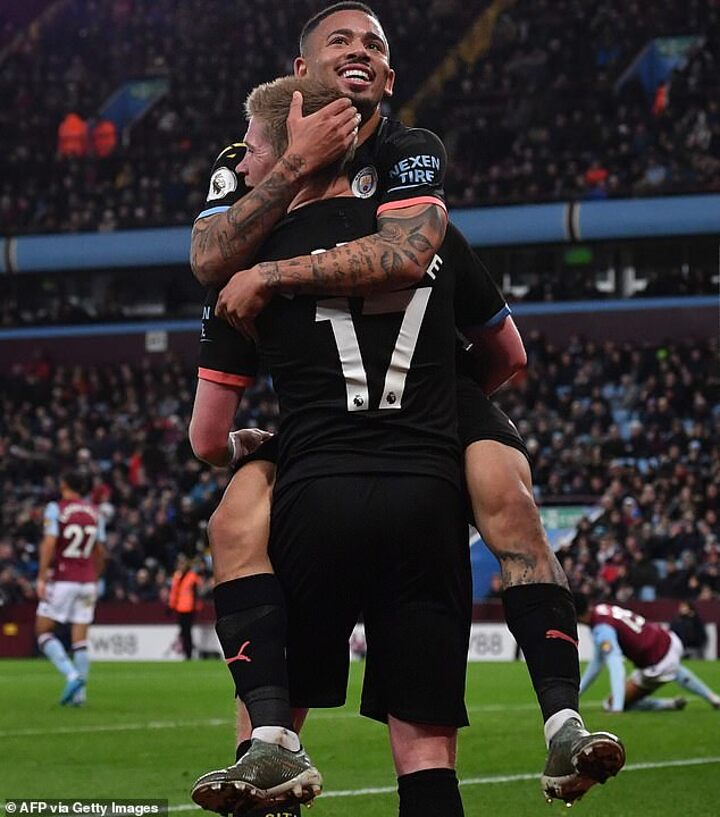 He was a substitute on his debut, coming on against Swansea at home in the opening day of the 2011-12, and scoring twice. He ended it with the most famous goal in the club's history, the drive into the penalty area and ferocious finish that clinched a 3-2 win over Queens Park Rangers in stoppage time – and sealed City's first Premier League title, under Roberto Mancini.

It sparked commentator Martin Tyler's unforgettable scream 'Agueroooooooo!' and made life even sweeter for the City fans as it denied Manchester United the title.

Whatever the challenge, Aguero has usually responded. When City – now managed by Guardiola – signed Gabriel Jesus in January 2017, it appeared as though Aguero would be slowly phased out, as Guardiola looked to a mobile front line comprising Jesus, Raheem Sterling and Leroy Sane.

Under such circumstances, many players would accept the way the wind was blowing and take their skills elsewhere. Real Madrid would have been only too glad to take Aguero, had City been willing to do a deal.

Instead, Aguero listened to Guardiola, understood what was being asked of him and simply took his game to another level. He soon regained his spot as the club's first-choice centre-forward and returned to doing what he does best: making fools out of defenders in this country and beyond.

The goal that broke the record was scored with typical efficiency: a pass from David Silva controlled instantly, a shimmy to bring the ball on to his right foot and a simple finish beyond Nyland's left hand and into the bottom corner. The third was the mark of the merciless predator, as substitute Ilkay Gundogan pounced on another Villa error and fed Aguero, who lashed it past Nyland at the near post.

Want an example of Aguero's hunger? At half-time, with City four up, he left the field in heated conversation with Riyad Mahrez about a move that had not quite come together. In the second half, chasing the ball in the Villa box, he shoved Jack Grealish to the floor and stood up quickly to argue the toss with the Villa captain.

There are still goals Aguero will be desperate to achieve. He has never won the Champions League, nor has he ever stood on the top step of the podium with Argentina at senior level. There are individual awards he is missing, too, though you get the impression Aguero has never been too fussed about those. Especially when this might be the year he gets one over on his best mate – by winning club football's greatest prize of all.