English football hopes to take another step towards returning to action this week, with further meetings scheduled among Premier League bosses to try to move forward with Project Restart. 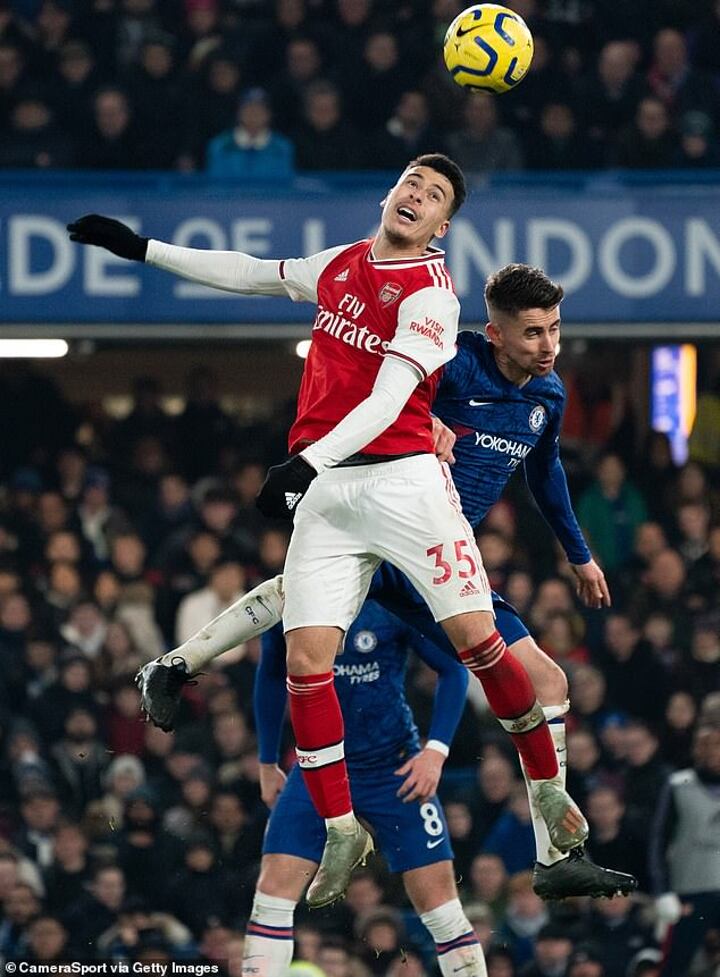 With the Bundesliga back over the weekend, hopes are growing that other leagues will soon be able to follow suit.

But which hurdles still need to be cleared? Here Sportsmail looks at the key issues facing football’s leaders.

So where have we got to?

Premier League clubs have voted today to allow a return to group training. That means players are now able to work in groups of five, while observing social distancing rules.

Passing, shooting and fitness drills would be permitted, but there could be no tackling or set piece routines that would involve full contact.

Players were being tested for coronavirus on Sunday and Monday, and now can move into ‘phase one’ training as early as Tuesday. 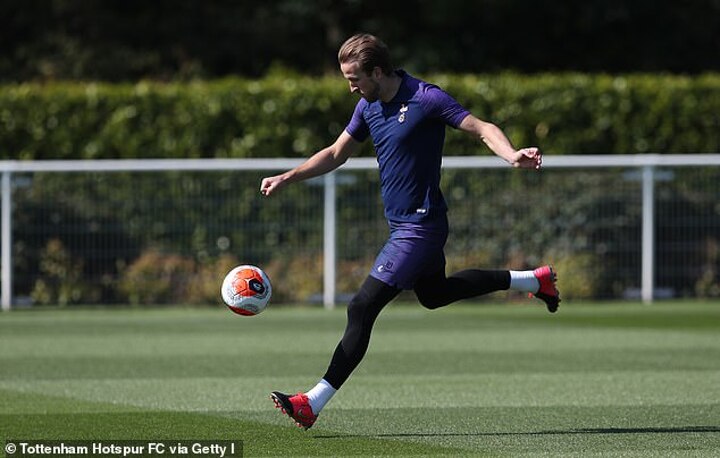 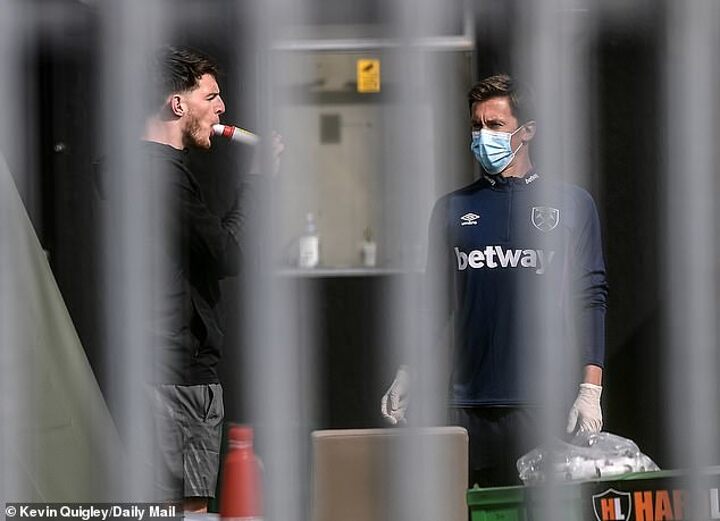 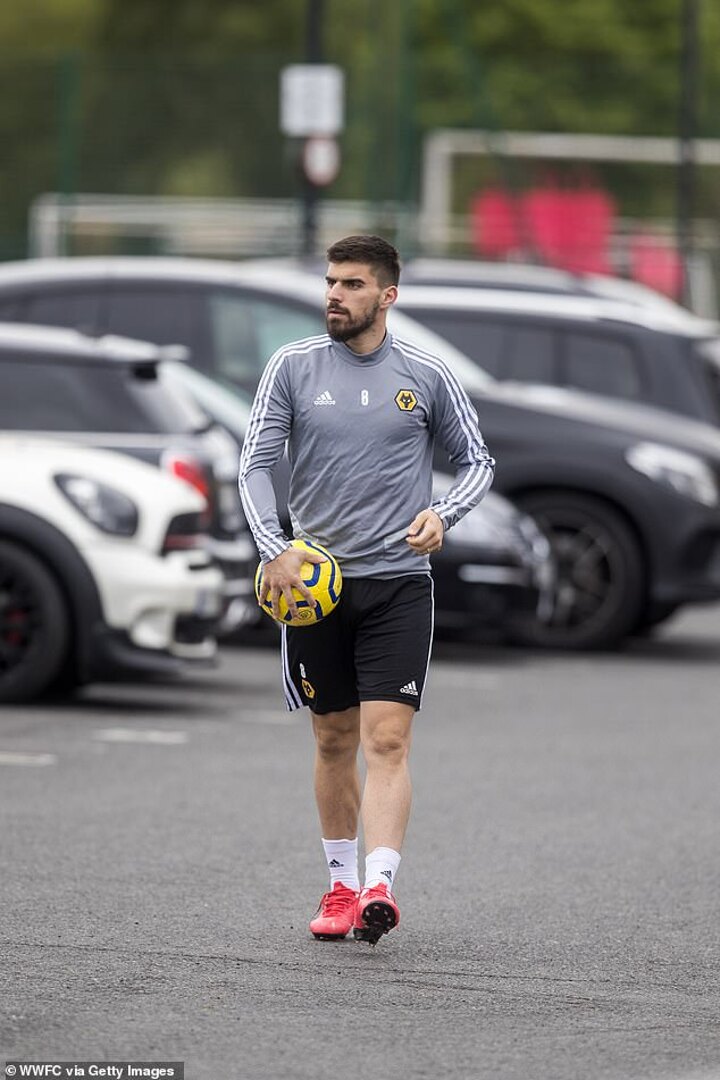 And what happens next?

The next big decision could come as early as Friday, on whether to use neutral venues or home stadia for the remaining matches, and what plan to follow if Covid-19 means the season has to be curtailed.

While Friday may come too soon for this call to be made, there is a desire to move swiftly following the return of German football at the weekend.

But that makes a June 12 start date unrealistic, doesn’t it?

It does, and the clubs know that, too. The current possible start date is June 19, but even that looks a little ambitious, with both Raheem Sterling and former Arsenal and England physio Gary Lewin doubting whether the players would be ready in a month’s time. 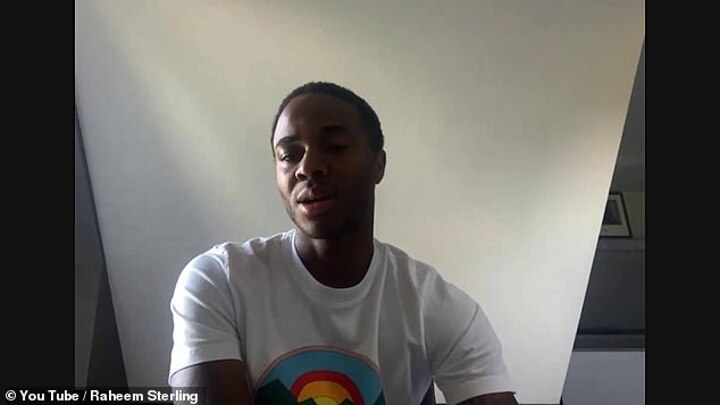 Lewin believes June 26 is a more sensible proposition, while Sportsmail revealed on Monday that the season could be extended into mid-August if required, to ensure it is completed.

‘It’s a bit like a boxer being asked to get really fit, but not punch anyone, and then go into a ring and fight,’ said Lewin, of the risk of injury. ‘There will definitely be a high risk of injury because the players are not being exposed to normal levels of mental, physical and neuro-muscular work.’

What do the players and managers think about the current position?

Many of them are sceptical, and fearful. Watford skipper Troy Deeney spoke on Monday of the reception players might receive from the public, if they had access to tests for coronavirus twice a week while front-line workers could not be checked.

Others – including England defender Danny Rose and Watford boss Nigel Pearson – believe players are being rushed back, with too little regard for their own safety or that of their families. 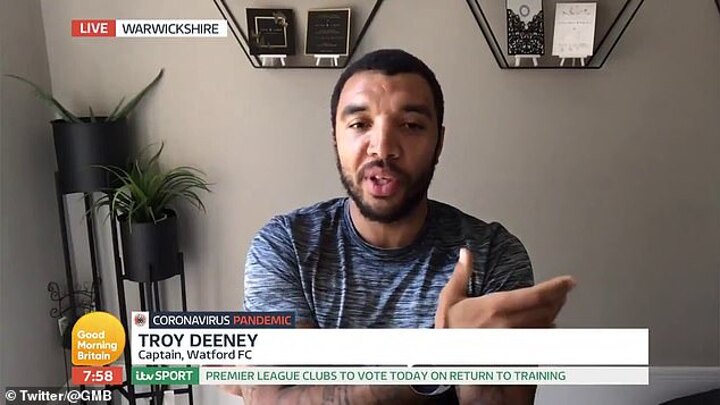 Yet despite the unease, many players are keen to get back to work. They have been unable to play football for more than two months, the longest break – save for injuries – that most of them will have experienced since they took up the game as children. Many crave the competition again.

If the season re-starts, does that save the clubs from huge losses?

Not exactly. While the pain would not be as great as if the season were curtailed, it is thought broadcasters including BT Sport and Sky would still be due a rebate of more than £300million.

That is less than half of the estimated £762m if no more games are played, but it is still significant, especially as there is no prospect of fans returning to games in the short-to-medium term. From a financial perspective, finishing the campaign is merely the least-worst scenario. 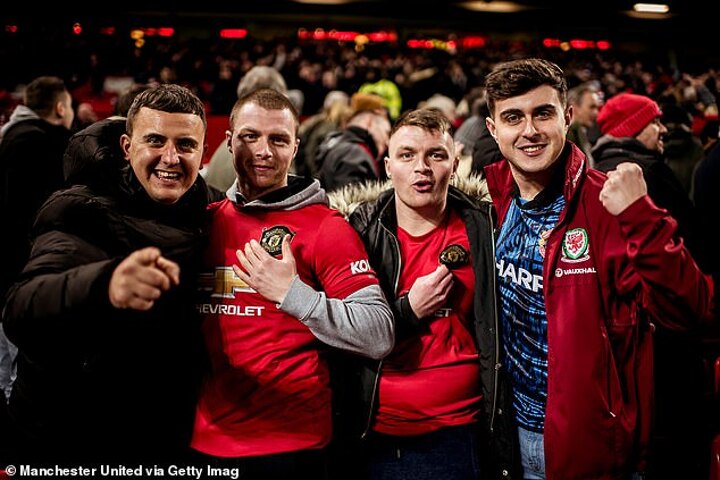 But if the Bundesliga can do it, why can’t we?

Germany’s response to the coronavirus has been the most effective of the major European economies, meaning it was in a better position to resume activities like sport. We await the results of the first tests taken after the Bundesliga’s resumption. 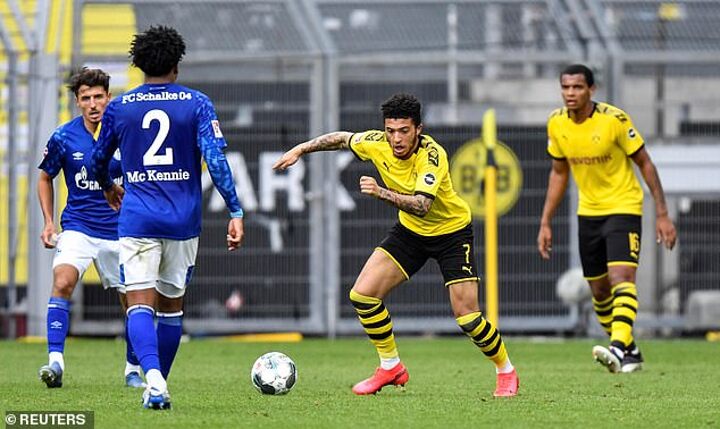 Yet if they are overwhelmingly clear, and the season continues with few problems, there will surely be greater incentive for the other major European leagues to start again. Would Premier League players really refuse to play if they saw their counterparts in Italy, Germany and Spain back in action?