Christian Pulisic may be sidelined through injury, but the United States international is living the dream at Chelsea and relishing the opportunity to work with a modern day legend in Frank Lampard. 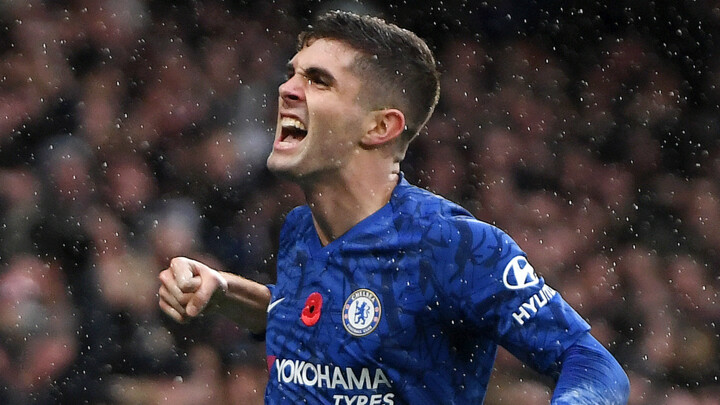 The 21-year-old playmaker forms part of an exciting young squad at Stamford Bridge.

He is more experienced than most, having burst onto domestic and international scenes at a young age with Borussia Dortmund and the USMNT.

There is, however, plenty for him to learn, especially after swapping the Bundesliga for the Premier League during the summer of 2019.

After a slow start to his spell in west London, Pulisic has burst into life and contributed six goals and as many assists to the Blues cause.

He is embracing the opportunity to work with Lampard, with ambitious targets being set by Chelsea as they look to build on a positive first half to their 2019-20 campaign.

Pulisic told Sky Sports: "It's awesome, with me being a youngster as well.

"Being able to play with these guys and all learning together, and we have some more experienced players as well. It's a really great mix and it helps us to learn a lot and we push the old guys too!

"Obviously Lampard was a big player at Chelsea. I watched him growing up so finding out he was going to be my coach is pretty cool. It's been great. He's very intense, the training sessions are very intense too and I think that shows in our style of play - high pressing, hard to play against and that's what we want to be.

"We want to finish in a top-four spot. We want to fight for that, always be successful and finish as high as we can. That's the goal, we want to win every game, take it match-by-match and try to get results." 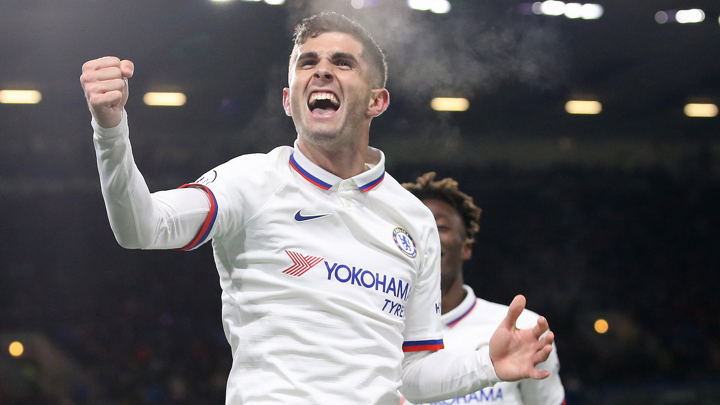 Pulisic, once fully fit again, will be hoping to play a leading role for Chelsea in 2020.

He has come a long way in a short space of time, with the challenge being to conquer English football.

Pulisic added: "It was a big jump me going to Germany. It was my first time away from family, being in Europe and not speaking the language. All those experiences are what I believe helped me to get here so I'm really happy.

"London is an amazing city. Coming from a slightly smaller town like Dortmund to London has been big. Getting to see the culture, seeing how big football is - the Premier League is incredible and it's huge here.

"It means everything to me. To be part of this club, this team to be in the Premier League where I always wanted to be - it's a dream for me."