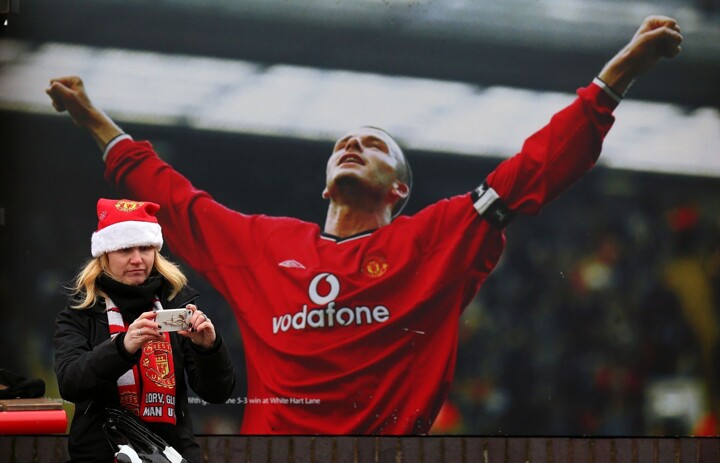 Designed by Umbro, this was a very simple yet very eye-catching design that was forever etched into Manchester United folklore as the Red Devils became the first English team to win the European treble. 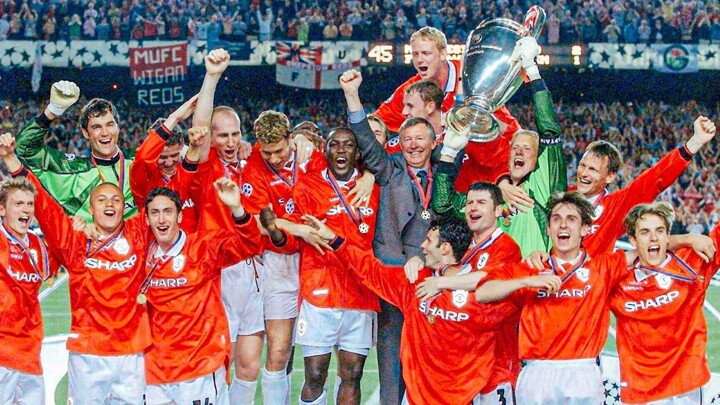 Adidas brought their trademark three stripes over the shoulder design, along with a V-neck strip in red, with white being the primary color. This design was both crisp and classy at the same time. 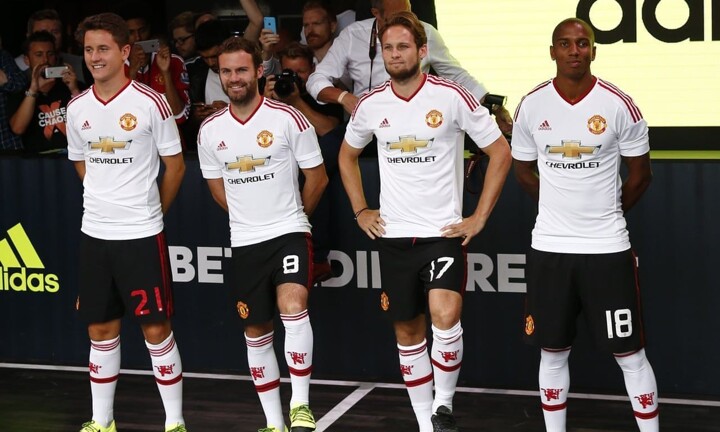 The United faithful have fond memories of this kit as the team wore it in the 2015-16 FA Cup final against Crystal Palace and won in extra-time.

Umbro designed a masterpiece of sorts with an all-black kit which stayed as the away kit for Manchester United for two years in a row. The gold and blue highlights just add to a mesmerizing design that was in every way a trendsetter for years to come. 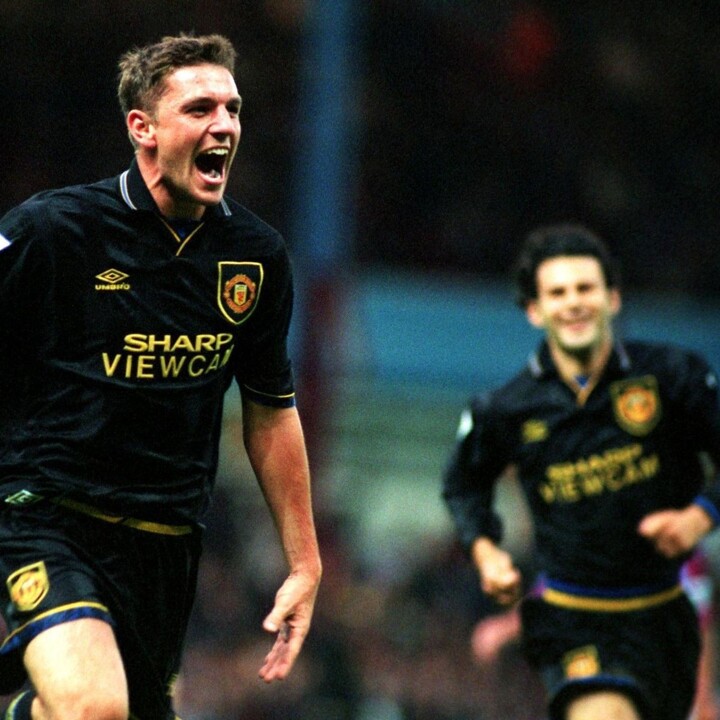 Eric Cantona, with his collar turned up, had an infamous moment in this jersey as he kicked a fan at Selhurst Park during United's game against Crystal Palace in January 1995. The Frenchman was given a two-week jail term, which was later reduced to 150 hours of community service on appeal, and also served a nine-month ban. Quite a history!

Now here is a kit design that just oozes style. Traditional red with black highlights around the neck, this design is a fan favorite and will be remembered for ages. Even the Vodafone logo went perfectly with the kit design. 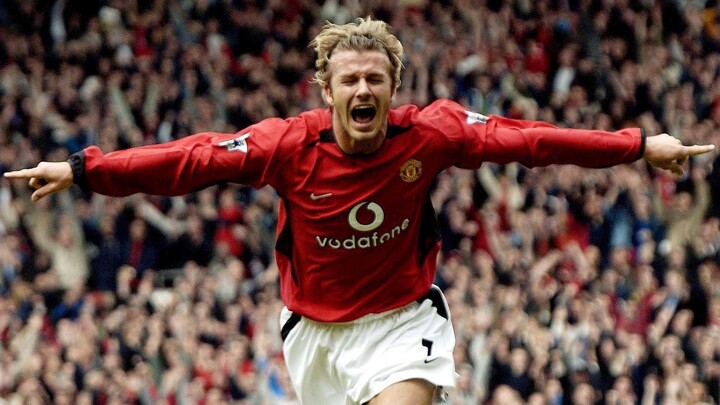 Does it get any better than David Beckham rocking this jersey, scoring one of his trademark free-kicks and celebrating in front of the Stretford End? No, it does not.

The kit is simple but at the same time a genius creation. It's all white with blue highlights. But what makes this kit so beautiful is what it stands for. Worn by arguably the greatest ensemble of Sir Alex Ferguson's Manchester United. Even people who didn't support United ran out of adjectives to describe this team. 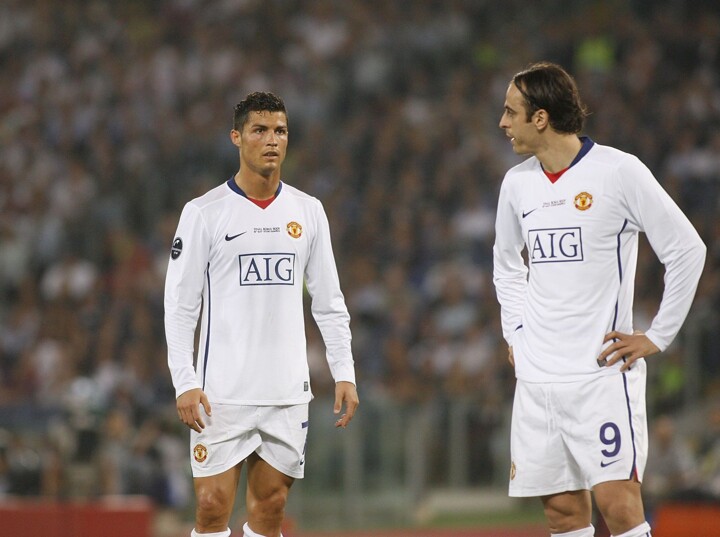 Imagine being a goalkeeper on a rainy night and being attacked by the likes of Dimitar Berbatov, Wayne Rooney, Carlos Tevez, Cristiano Ronaldo and Ryan Giggs wearing this all-white kit with snarling intent. Now that's pretty scary, isn't it?

A unique design but still a prepossessing one. The first thing that comes to mind is Robin van Persie leading the attack with his clinical left foot that earned him the Premier League Golden Boot for the season. 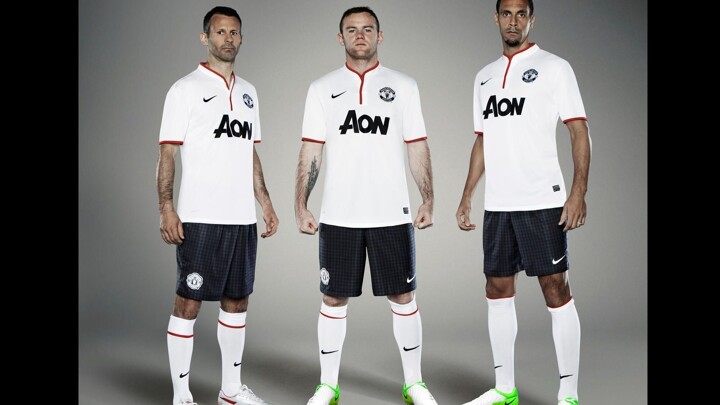 A simple white kit with red stripes around the arm and the front placket made it eye-pleasing for the fans and threatening for the opposition. Simply a chef's kiss.

Not a very pleasant memory when it comes to this kit, but the black collar and button-up was a smooth addition to the kit. The collar returned to the United kit with this Nike creation. 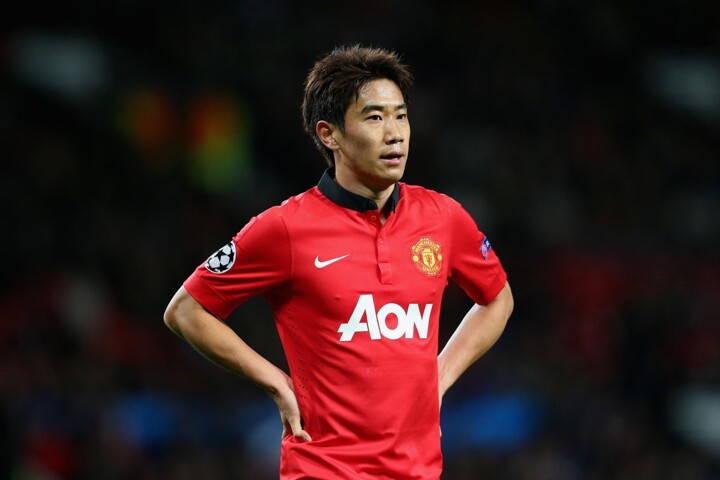 If only the results of that season would have been as delightful as this kit was for Manchester United fans, it wouldn't have been forgotten so quickly. United finished seventh in the Premier League that season as rivals Manchester City were crowned champions.

Admit it, we can't get enough of seeing Eric Cantona in a Manchester United home kit with his collar turned up. It had a different aura, with Cantona, rightly dubbed "The King of Manchester," wearing it in style. 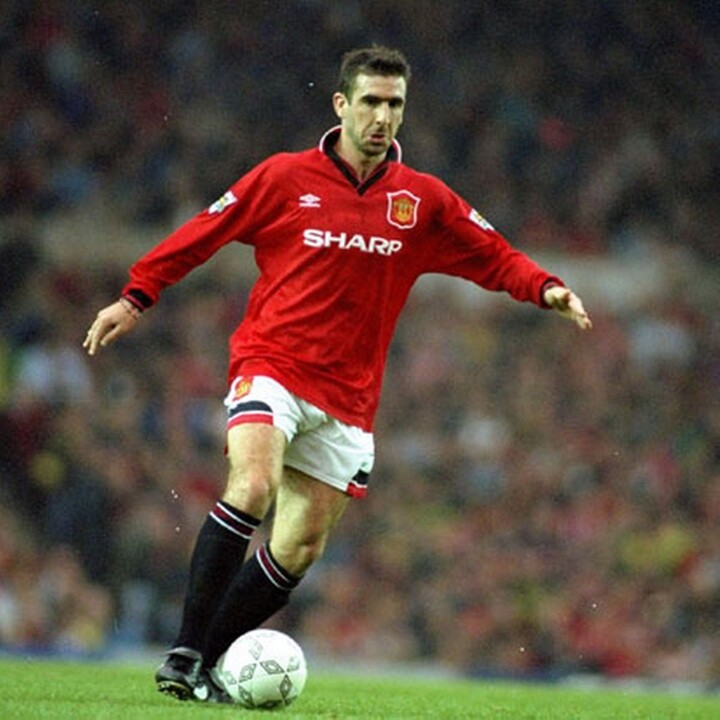 If there is one word that describes this kit, then it is "elegance". Just by looking at this jersey, one is reminded of the times when Manchester United was synonymous with dominance. A simple all-red design with a stripe at the back. 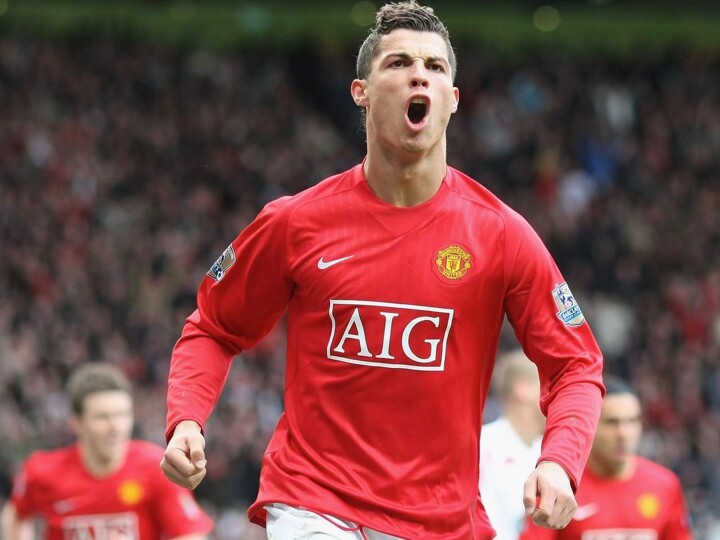 Manchester United defended their Premier League crown in style as Ronaldo scored 31 goals in the league to win the Golden Boot.