LaLiga’s top two, Barcelona and Real Madrid, face off at the Bernabéu on Sunday, in a milestone edition of El Clásico. 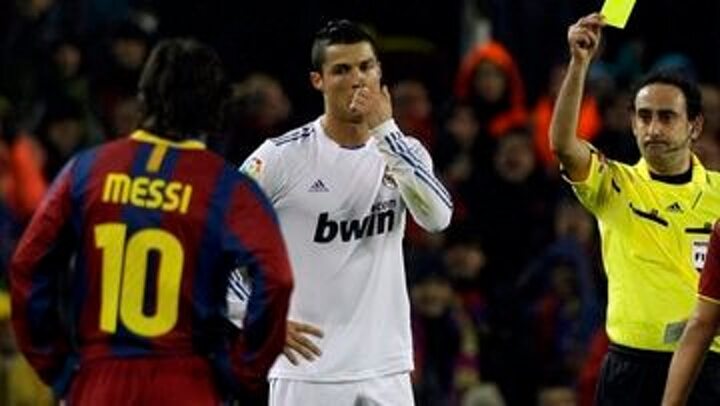 Real Madrid and Barcelona meet in LaLiga today, in the 250th edition of a fixture that has become universally known as ‘El Clásico’. How did the name, which translates as ‘The Classic’, come about? Let’s take a look...

There are numerous huge derbies around the footballing world, and depending on how you define the rivalry or spectacle, many can argue to be the biggest or best. That said, it’s hard to ignore the pulling power of interest in all but four countries on this planet of Spain’s most successful two clubs going head to head. Anyway, I’m not here, today at least, to make a case either way in this regard.

It is worth noting that the name ‘El Clásico’ goes further back than these two clubs - with the passionate River Plate and Boca Juniors rivalry in Argentina also having the tag - but there’s no doubt that to the average football fan in most countries, Spain’s big two are better known for it. Another factor not everyone realises is that the name ‘El Clásico’ used to only refer to Madrid and Barça meeting in the league whereas now it applies to any time they clash.

El Clásico: where the stars align

One of the reasons behind this being such a famous encounter is due to the list of superstars that have graced it, many known by even haters of the Beautiful Game, such is, or was, their stature.

From Barça greats like Ronaldinho, Andrés Iniesta, Rivaldo, Xavi and Lionel Messi, to Alfredo di Stefano, Raúl, Roberto Carlos, David Beckham and Cristiano Ronaldo in Madrid, the list of household names could stretch this article in the way that many of these players could an opposition defence. And then there are the controversial few who, at the top of their game, decided to make the switch between teams: looking at you Ronaldo Nazario and Luis Figo!

Top notch players and headline-grabbers aside, there is so much more to this classic fixture.

Although it is more nuanced than is often made out, Madrid represent Spanish nationalism - most notably during the Franco years - while Barcelona fly the flag, literally, for Catalan independence. These two huge and rich cities have so many other reasons to be rivals and the football has just been another outlet for the feelings. If you really want to know more about this, Sid Lowe has you covered.

Politics and ideologies collide whether in the colossal theatres of the Camp Nou or the Santiago Bernabéu and rarely let the viewing public down.