Liverpool produced a remarkable performance on Wednesday night to put Palace to the sword and move within two points of winning their first Premier League title in 30 years. 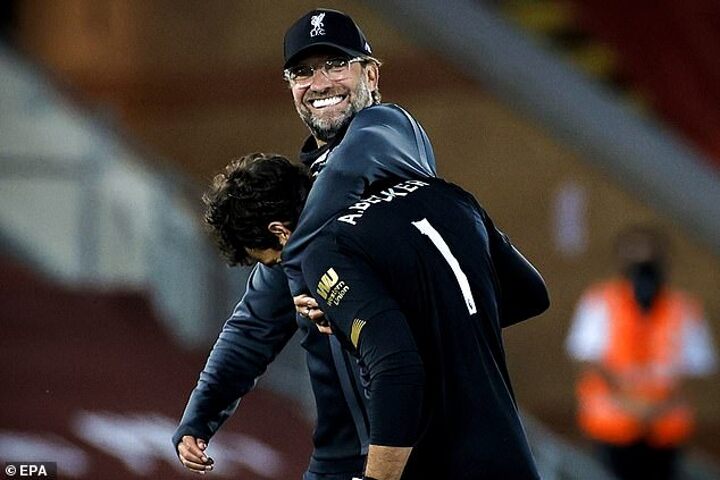 It finished 4-0 but, in truth, it could have been more, and the Reds march on knowing that Manchester City dropping points against Chelsea on Thursday night will hand them their long-awaited winners' medals.

After such a dominant display, Sportsmail has compiled a list of the most impressive stats from Wednesday night's win, to show exactly why Jurgen Klopp's side are worthy Premier League champions...

Ton up for the Reds

Liverpool's second goal of the night, tucked home by Mohamed Salah on the stroke of half time, brought up the Reds' 100th goal of the season in all competitions.

With seven Premier League fixtures still to play, plus the conclusion of their Champions League campaign, that number is only going to grow as the side puts the gloss on an extraordinary season.

To put the number into context, Barcelona have 89, Manchester United and Real Madrid sit on 87, and Juventus have just 73. 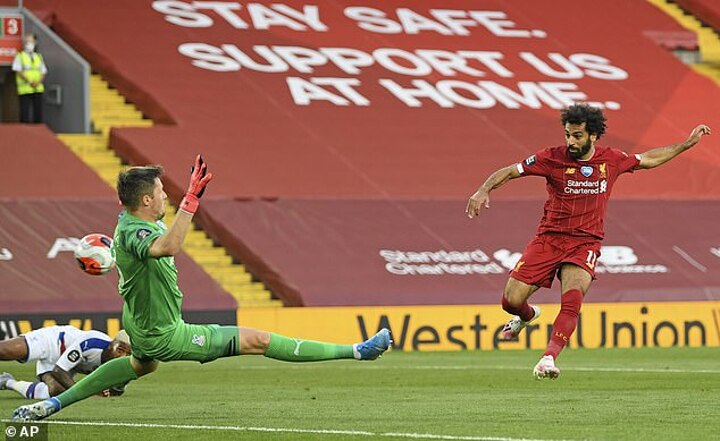 The opener on Wednesday night came from the boot of Trent Alexander-Arnold, who fired in a wonderful free-kick past Wayne Hennessey inside 23 minutes.

The Welshman's positioning perhaps left a lot to be desired, but take nothing away from the near-perfect strike offered up by Liverpool's right back.

The goal set yet another record for the Reds, with Alexander-Arnold - at 21 years, 261 days - now the youngest Liverpool player to score a direct free-kick at Anfield in the Premier League since Robbie Fowler (20yrs, 252 days) in December 1995. 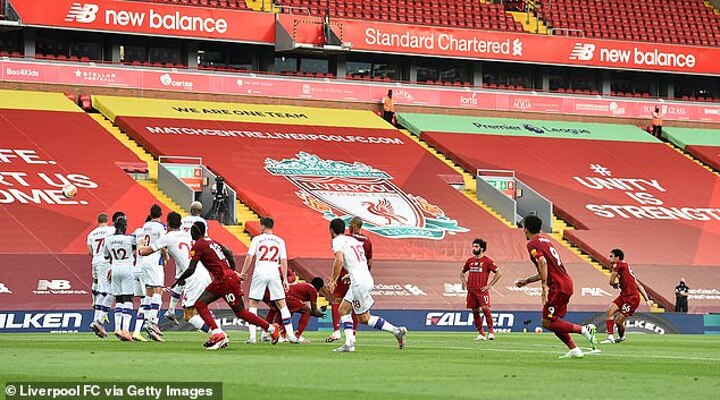 Not a touch in the box

Liverpool's back-line was not even close to being breached at Anfield on Wednesday night, even without the raucous home crowd doing their bit to keep the ball out.

In fact, for the first time since Opta started collecting data in 2008-09, Crystal Palace failed to record a single touch in the opposition box in the entire game.

To make that clear, no team in the last 12 years has gone through an entire Premier League game without touching the ball in their opponents' 18-yard-box... until Roy Hodgson's Eagles on Wednesday night. 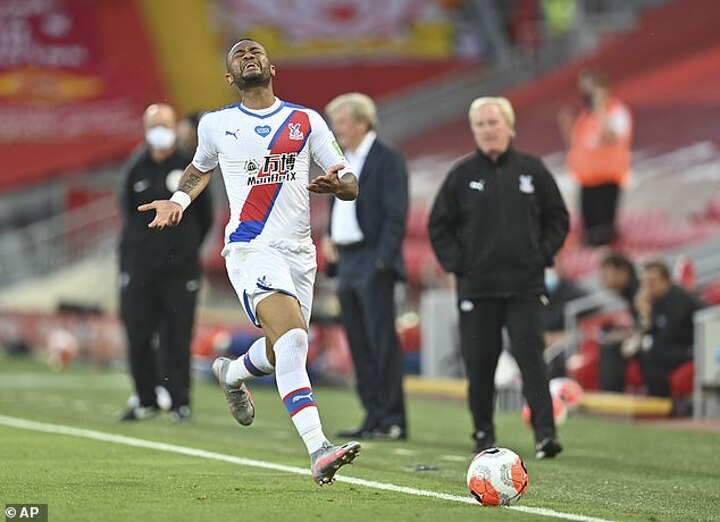 Liverpool's win over Palace took their win streak at Anfield to 23 matches, stretching back to a 1-1 draw with Leicester City in January 2019. Only Aston Villa, Burnley and Chelsea stand in front of them until they can record a full season of home wins... the only negative will be that there's no fans there to see it.

If you want to look at the unbeaten run, and not just wins, that stretches back 55 home league games until April 2017, when Palace came away with a 2-1 win. Fair to say they weren't particularly close to replicating that on Wednesday night. No shots on target

Sadly not: the Eagles didn't manage a shot on target in the whole 90 minutes, showing once again how impressive that Liverpool back-line really is. 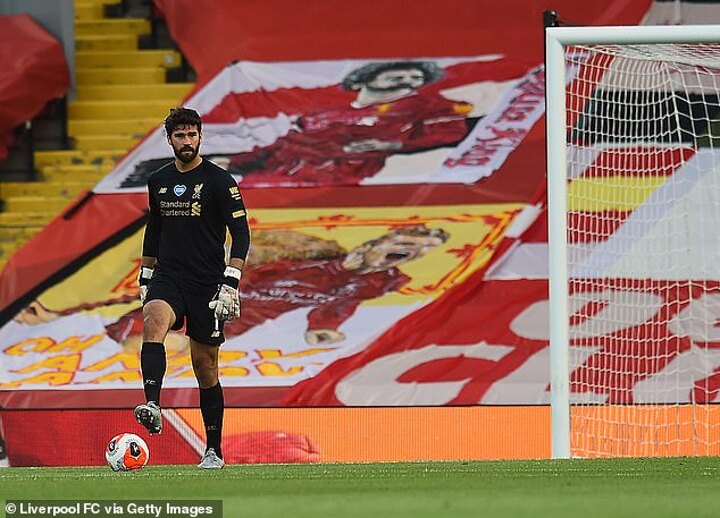 In the 90 minutes at Anfield on Wednesday night, Liverpool completed a mammoth 789 passes against Crystal Palace, while enjoying over 73 per cent possession.

This total is not quite their highest in a Premier League game this season, but once again shows their dominance.

A statistic that proves this even more is that Virgil van Dijk and Joe Gomez completed 244 passes between them, while Palace's entire team - subs and all - managed just 235 in the entire game. Dominance from start to finish. 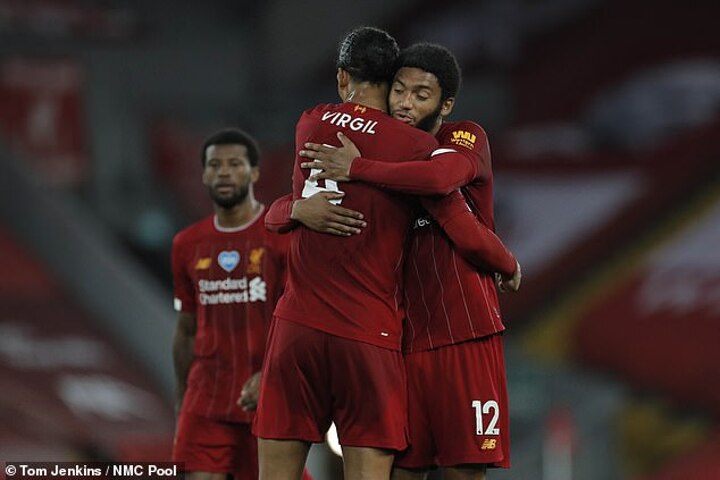 As previously mentioned, Salah scored the second of Liverpool's four against Palace, and the goal continued his incredible run of form on home turf.

While Roberto Firmino has a much-talked about knack of scoring away from home, Salah instead gets most of his on familiar ground at Anfield.

Salah's strike on Wednesday was his 15th Premier League goal at Anfield this season - and no other player has got more than 10.

Indeed, he's scored in each of his last six home league games for the Reds, netting seven goals. 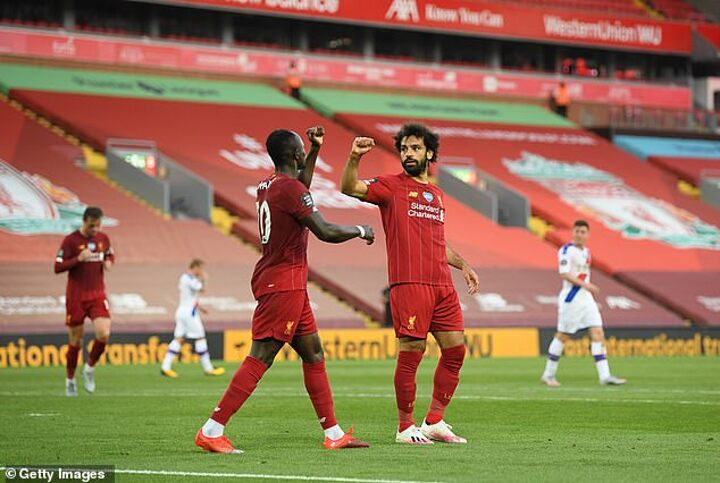