It's safe to say that this has been a season to forget for Manchester United. 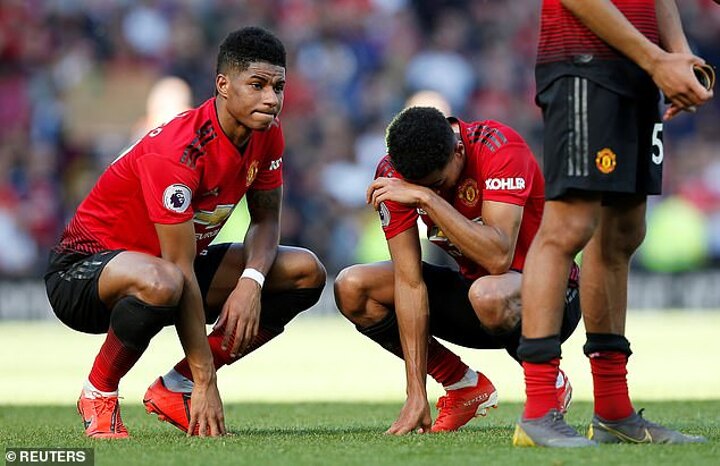 A campaign that began with a late Luke Shaw winner against Leicester at Old Trafford ended with a whimper as already-relegated Cardiff won 2-0 at the Theatre of Dreams.

Sportsmail looks at the stats that shame United in the Premier League this season...

After being in contention for a top-four finish this season, United ended up sixth after a horrific run of results - winning just two of their last nine matches.

The Red Devils points haul of 66 is their joint second-worst in Premier League history - tying with their 2015-16 campaign when they finished fifth under Louis van Gaal.

The only season worse than either of those? The 2013-14 term which David Moyes failed to see out as United ended up seventh with 64 points. 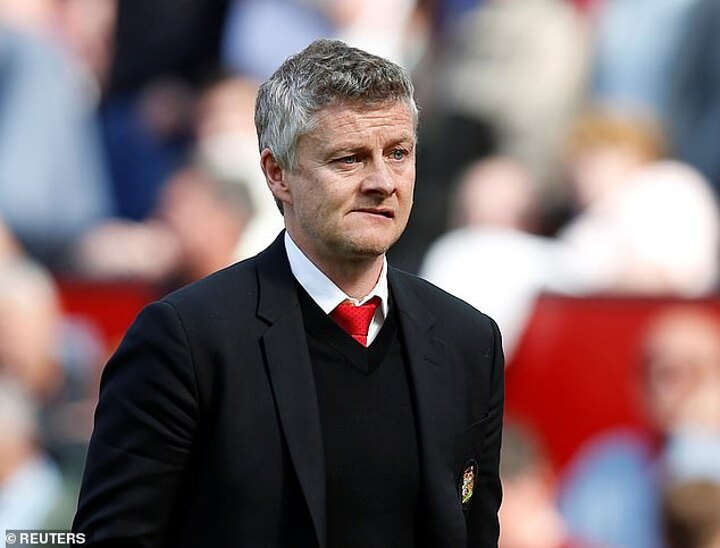 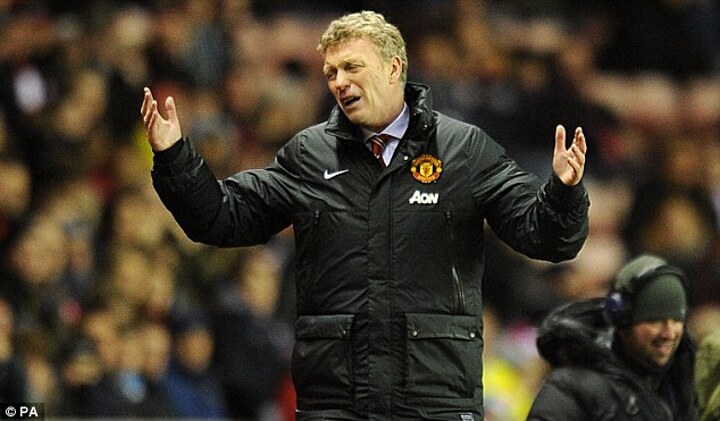 ...AND NEITHER DOES IT AGAINST YOUR RIVALS

If the above reading doesn't make it any easier for United fans then consider this. Against their fellow top-six rivals they picked up just seven points from a possible 30.

Unsurprisingly United sit bottom of their 'mini-table' with Tottenham only above them on goal difference. Spurs were the only team that United beat in 10 matches as they scored just a measly eight, while conceding 18.

Comparing that to champions Manchester City, Pep Guardiola's side collected 25 points from a possible 30 - winning eight while scoring 20 and conceding five along the way.

And if you take United's record against their top-six rivals and compare it to the other 14 teams, then Ole Gunnar Solskjaer's side sit in 12th. Wolves (16 points), Everton (12), Leicester (11), West Ham (11), Crystal Palace and Southampton (both eight) all took more points off the 'elite'. 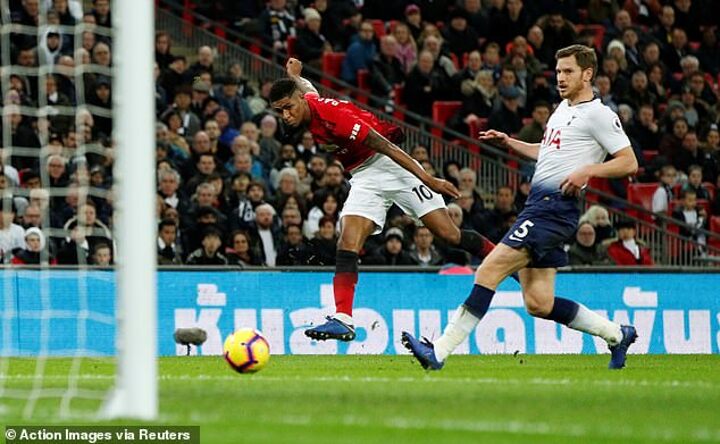 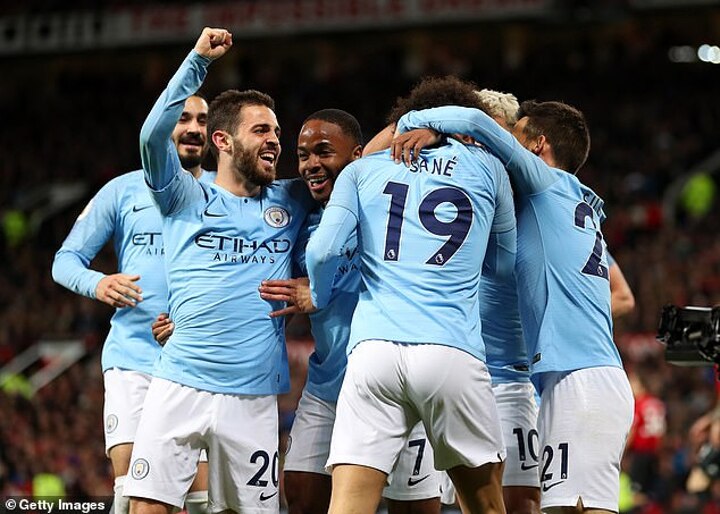 Before his dismissal in December, Jose Mourinho had cut a gloomy figure, unimpressed about the board's refusal to back him with more defensive reinforcements in the summer. And the Portuguese appears to have been proven right as United conceded 54 goals this season - their most ever in a single Premier League campaign. In addition too, it is their most in a league season since 1978-79 when they conceded 63 times.

David de Gea's form in goal has come under scrutiny following high-profile mistakes in recent weeks but over the course of the season he has not reached the heights of previous campaigns. The Red Devils have kept just two home clean sheets in the Premier League this term - their fewest in a season since 1962-63.

Perhaps United's defensive frailties could be pointed to their inability to shut down the opposition. They faced a total of 496 shots at their goal, placing them 10th. Everton, Leicester, Newcastle, Watford and Wolves all faced fewer. 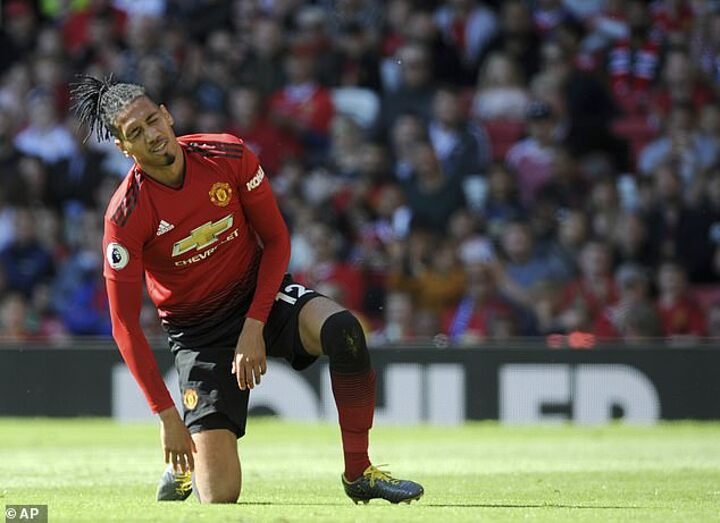 Seventy seven cards were handed out to United players this season - a total that is only eclipsed by Watford (81). The Old Trafford outfit collected 73 yellow cards and four red cards. Only Watford (77) and Burnley (75) collected more bookings, while only Leicester (five) had more men sent off.

They say never change a winning team, and perhaps that explains why United made so many alterations to their starting XI throughout the campaign. To be precise that number is 131 - a figure that is considerably higher than the other 19 teams. Tottenham, who are second in this statistic, made 116 changes - 15 fewer. 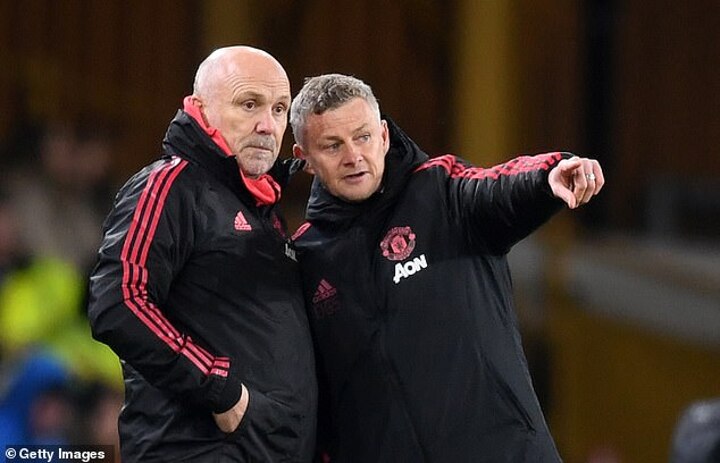 OH AND ONE MORE THING...

Look away United fans. You were as close to the relegation zone as you were to 'noisy neighbours' Manchester City winning the title. There was a gap of 32 points between Guardiola's side (98 points) and United (66 points) - the same points differential between the latter and relegated Cardiff in 18th (34 points).