It was just Jadon Sancho's luck in the summer to finally become Manchester United's marquee signing... only for his long-awaited arrival to be immediately overshadowed. 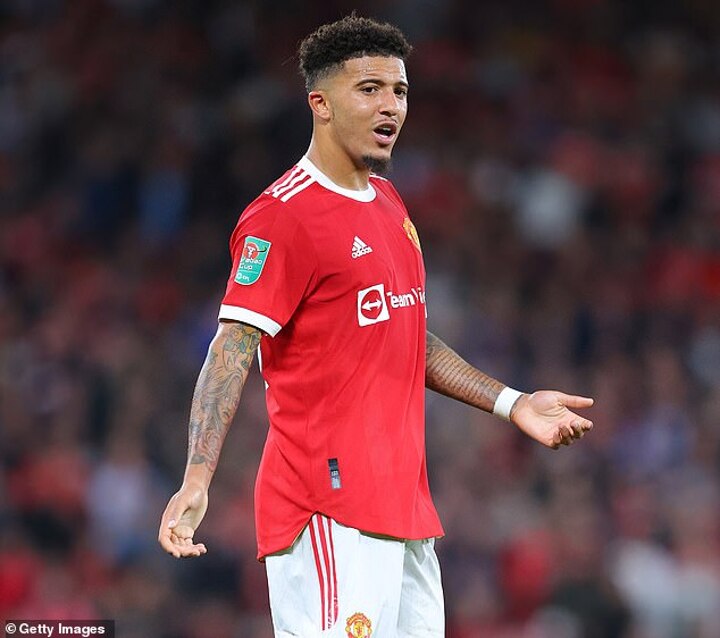 The Red Devils had been chasing the frighteningly talented winger for many seasons and finally prised Borussia Dortmund's hand with a £73million deal plus add-ons.

Such was the excitement among the fan base that United had finally got their man, supporters began to speak frantically about the possibility of the England starlet being handed the revered No 7 shirt from Edinson Cavani, and in doing so follow in the footsteps of giants before him - including Eric Cantona, David Beckham and Cristiano Ronaldo. 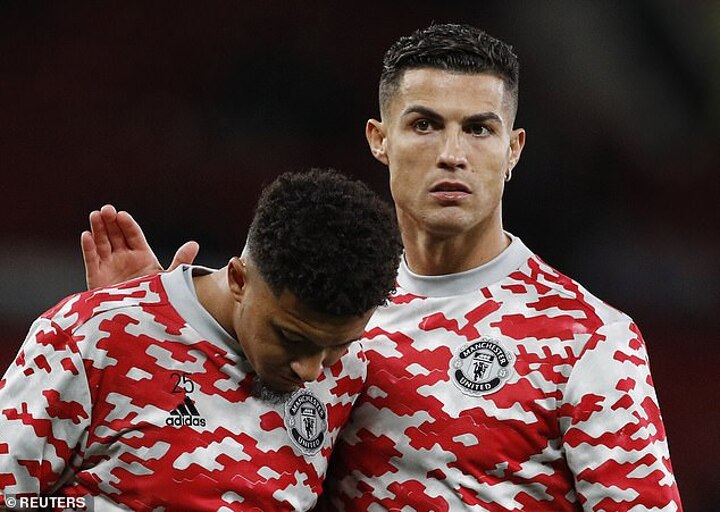 And then, well... Ronaldo himself only went and returned to Old Trafford to rule over his former kingdom once more. From the outside looking in, it appears Sancho has been discarded like the toy that is no longer the favourite.

Ronaldo is back and, to be fair to the Portuguese superstar, is more than delivering the goods. His five goals in five matches is mouth-watering and it's clear to see why he still remains the main draw, even at the age of 36.

Yet this is causing a rather bothersome issue for Sancho and the nature in which he is being drawn into the United set-up.

Opportunities are limited and everything is geared around helping Ronaldo produce the goods.

At Dortmund, Sancho was the spellbinding main attraction and formed a lethal partnership with Erling Haaland. Now it is a very different story.

Sportsmail takes a look at the unfolding situation to observe just how Sancho can get things back on his own terms...

Ask any United fan for their prediction after Sancho initially signed during the summer and they would tell you the London-born star would have been the focal point of the attack.

Sancho was brought in to play in and around close friend Marcus Rashford, while also support the interchanging Mason Greenwood and veteran ace Edinson Cavani.

Paul Pogba and Bruno Fernandes were poised to pull the strings behind him and help orchestrate the magic but now, incredibly, Sancho is finding himself as just another one of several similar pieces.

The Ronaldo show only caters for side-cart assistants, who are willing to perform different shifts with the same job description; give him the ball as soon as possible and play it into the danger spaces for him to attack.

It's a tidy job to have of course, given that Ronaldo is football royalty, but certainly not what Sancho signed up for.

So far this season he has eight appearances under his belt in all competitions, with zero goals and zero assists. 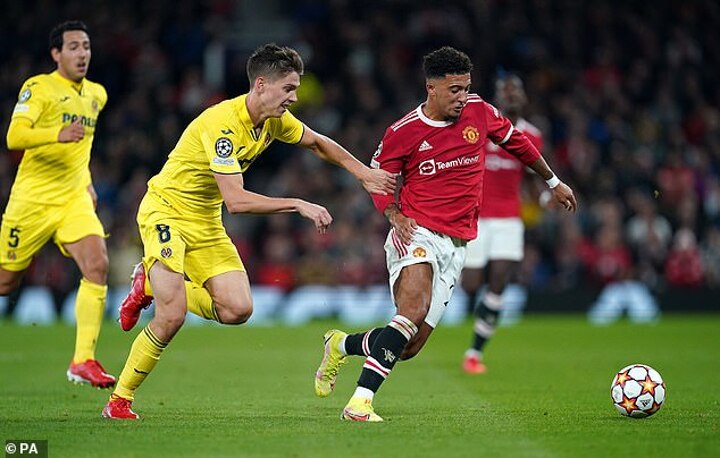 In the Premier League, from five outings, Sancho has been given just 200 minutes of game time on the field by Solskjaer.

The precociously talented youngster was plucked away from City before he came anywhere near the senior side, and was given the platform to perform in the German top flight and ultimately on the Champions League stage.

Sancho proved more than capable at the highest level, and has scored sublime strikes at postcard grounds including the Nou Camp. Now, though, he must feel like his development is stalling somewhat.

Easing into Premier League life gradually is of course useful, but when minutes are only sparingly handed out with the singular task of providing for the all-demanding Ronaldo, it's difficult to see where things will actually click for Sancho.

Last season Sancho featured 38 times in total for Dortmund across all competitions, scoring 16 times and collecting 20 assists. For a winger who only turned 21 in March, those are quite remarkable figures.

They are indeed exactly the sort of stats which made United so determined to blow each of their rivals out of the water and secure Sancho's signature, but is the hard work already being undone?

It can be argued that perhaps this is normal, given that historically Sancho has always shown to be a bit of a late bloomer in the campaign.

Last season he didn't grab his first goal until match day 14, at which point he became much more involved. 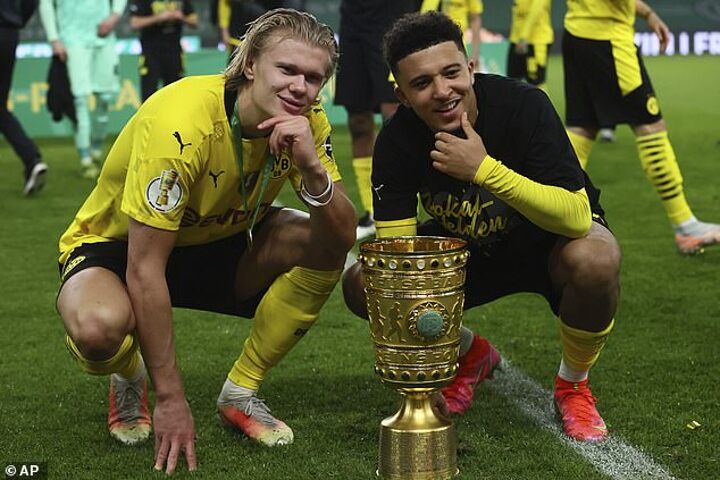 This season we may be seeing something similar, albeit with the added context of having a brand new club and new team-mates to get used to.

Sancho is making fewer runs and passes into the final third of the field than he did last season, according to Opta, though it would be foolish to suggest this will not sharply rise as the season gets into full flow.

Last year, after first finding the back of the net for Dortmund, Sancho went on to be directly involved in 12 goals during the 10 consecutive matches which followed - scoring six of his own and providing the same number of assists.

Given the season is very much in its infancy, it would not make sense to compare a large spread of Sancho's data with his full run of stats from a highly accomplished campaign in Germany last season, though some parallels can be drawn. 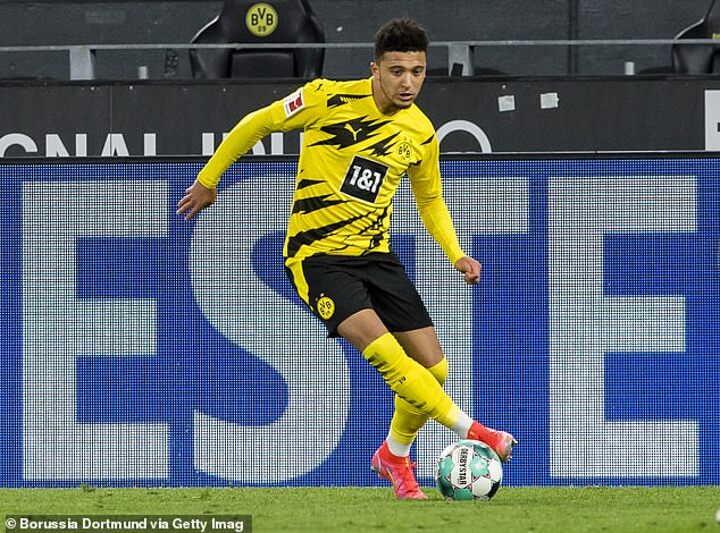 Already Sancho is averaging the same pass completion rate as last season (84 per cent) showing the youngster is still very much playing in his usual manner of rapidly turning over the ball at close range, and almost always finding the target.

His current rate of expected assists (xA) sits at just 0.09, reflecting the lack of clear cut opportunities Sancho has had to provide the goods for a team-mate.

Last season Sancho concluded the campaign with an xA of 10.05 yet provided 16 in total.

It can be forecast then, in very rudimentary terms, that perhaps Sancho is being that little bit more cautious as he takes his first uncertain steps in a United shirt.

Expectation has ramped up tenfold around Old Trafford this season, and players like Sancho will be acutely aware that there is little margin for error. The critics, likewise, are out in force waiting to pass comment.

Void of a partner in crime

There is a reason why partnerships strike up so easily in football, and why that can both benefit individuals as well as the team itself.

In recent years Sancho's clicking with Haaland made for box office viewing, and helped both players improve exponentially as a result.

The playing styles of both generational talents complimented each other; Sancho did the running and dumbfounded opponents, while Haaland exploited the gaps in the back line and waited for the Englishman's killer final passes.

Sancho produced, Haaland scored. Rinse and repeat, week in and week out.

The favour was often returned too, with Haaland on many occasion seen bullying the opposition back line to force a loss of possession, before playing Sancho in behind the lines to use his killer acceleration. 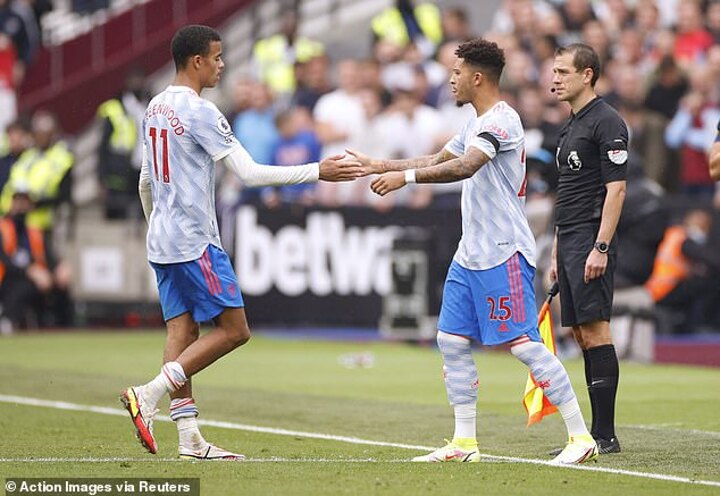 What does this have to do with United, though?

Well, not only is Sancho learning a new style of football in unfamiliar surroundings, he is also scanning the Old Trafford ranks for players on a similar wavelength.

While he is understood to get on swimmingly with both Rashford and Greenwood at United's Carrington base, neither player offer similar kind of traits to Haaland, in terms of his all-round play and sheer dominance in the final third.

The closest United can offer in this regard is Ronaldo himself, though it has become abundantly clear during the course of a wildly successful career that the Portuguese isn't simply a healthy contributor in a respected twosome: Ronaldo is and always will be the lone ranger.

When the going gets tough, Ronaldo turns to himself to get the business done. One only needs to look back at Wednesday night's match with Villarreal and a last-gasp 95th minute winner to see this in action.