The Bundesliga returned at the weekend behind closed doors with players adjusting to a new football world during the coronavirus pandemic. The Revierderby - Borussia Dortmund versus Schalke - kicked things off on Saturday with footballers experiencing their new life for the first time. 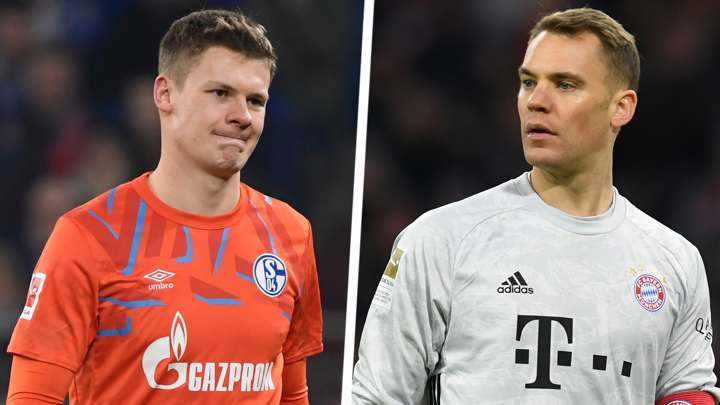 Dortmund smashed Schalke 4-0 with backup goalkeeper Markus Schubert at fault for two goals as the Royal Blues' previously preferred No. 1 sat watching from the bench, wearing a facemask and sitting two metres away from his nearest team-mate.

Alexander Nubel is the best goalkeeper on Schalke's books, but his new normal began in January when it was revealed that he had agreed to join Bayern Munich on a free transfer this summer. The announcement made shock waves at Schalke, but also caused bother at Bayern too.

David Wagner has used Schubert in goal ever since the deal was announced, except for a period where the 21-year-old was injured and he had no other choice than to play Nubel with veteran Ralf Fahrmann out on loan. When Schubert returned from injury in March, the former Huddersfield coach admitted that being benched came as no surprise to Bayern-bound Nubel.

"Schubert will play the next games. The goal is that he will stay in goal for the rest of the season," Wagner told Sky Germany."Alexander was composed when I informed him of the decision. He sensed it himself to a certain extent. It was a simple and short conversation."

The conversations around Schalke now are whether Nubel should be restored to the line-up due to Schubert's sloppiness, but bigger discussions are being held in Munich as their first-choice Manuel Neuer has yet to sign a contract extension.

The four-time UEFA Goalkeeper of the Year's contract expires in 2021 and he has been in negotiations with the club over a new deal for months. Neuer has no desire to step aside and give game time to Nubel or anyone else, despite speculation that his incoming understudy had been promised minutes to entice him to sign for Bayern. 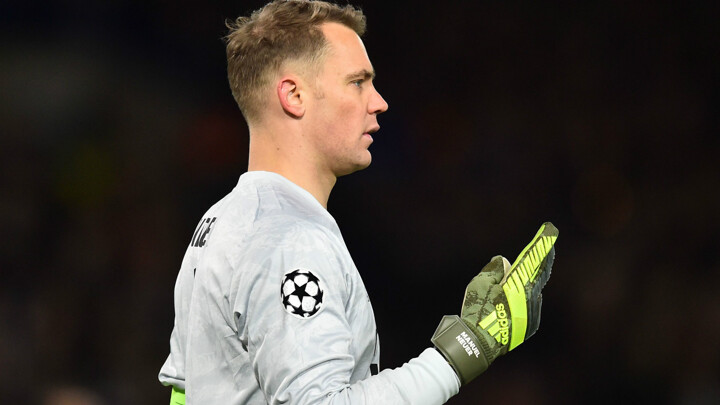 Former Bayern midfielder Dietmar Hamann believes that signing Nubel this year was a bad idea and that it actually strengthens Neuer's negotiating position as he can now threaten to leave if his contract demands are not met.

"They may have hired Alexander Nubel a little prematurely. You hear that he was even promised games," Hamann told Sky Germany.

"I would not extend four years, but Bayern have put themselves in this position.

"If Neuer should say now: 'If we don't extend, I'll go in the summer', which is unlikely, then Bayern might face the problem that they have to get another goalkeeper.

"That is why Neuer is now in a very strong position and he's trying to take advantage of that."

The 92-time Germany international was annoyed that details of his demands, including the length of contract he would like, were leaked to the media, causing further drama around the goalkeeping position at the Allianz Arena.

“All conversations that I've had here since [2011] have always been conducted with great confidence. Nothing has ever leaked out,” he told Bild.

“But now there are details from the current discussions in the media that are often not even correct. That annoys me. That’s not how I know Bayern. 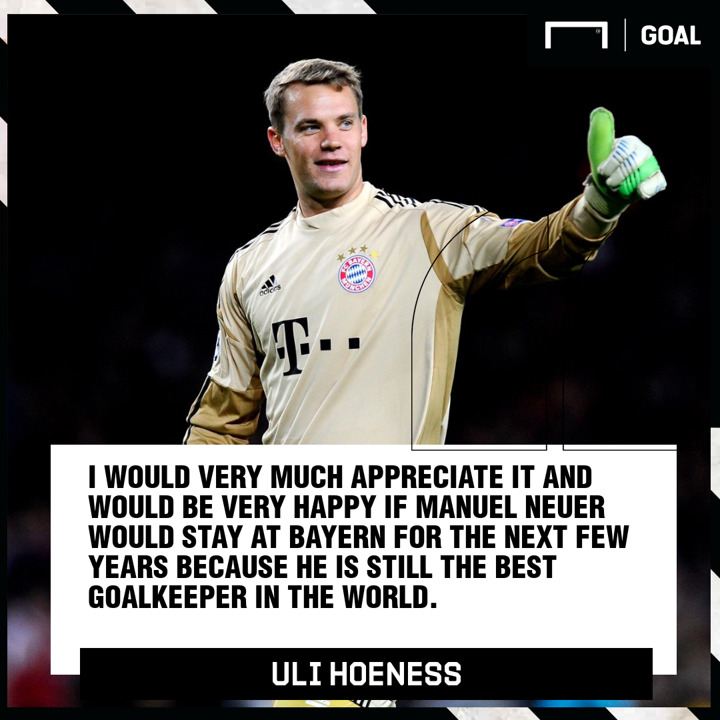 Issues over contract length as well as uncertainty over Nubel's role have forced Bayern's bosses to repeatedly insist that Neuer will continue to be the club's first choice for the foreseeable future.

"I would very much appreciate it and would be very happy if Manuel Neuer would stay at Bayern for the next few years because he is still the best goalkeeper in the world," outgoing club president Uli Hoeness told Kicker.

"I also believe that Alexander Nubel's signing is 100 per cent correct and was a brilliant decision by (sporting director) Hasan Salihamidzic."

Head coach Hansi Flick joined in the discussion by insisting that Neuer was 'clearly our No.1,' but indications that Nubel would be number two have annoyed current backup Sven Ulreich and young goalkeeper Christian Fruchtl, whose agent Christian Rossner caused controversy when he said that Fruchtl would only leave for first-team football, unlike Nubel.

"On account of his skills, Christian has no need to run away. Quite the contrary. But we definitely will not make the same mistake that one Nubel and his agent are making, going to Munich now and sitting on the bench," Rossner told AZ.

Bayern were forced to jump to Nubel's defence, releasing a public statement to condemn Rossner's comments while also asserting Neuer would continue to be the main goalkeeper, showing faith in the World Cup winner who is still yet to sign a new deal.

"In recent weeks there have been a lot of reports about Alexander Nubel," the statement read. "On behalf of FC Bayern, I would like to clarify that all decision-makers at Bayern, including head coach Hansi Flick, are very happy that Alexander Nubel will be a Bayern player next season.

"He is one of the best young goalkeepers in Europe and an important player for the future of our team. We're confident that Manuel Neuer, with his quality and experience, will make an important contribution to Alexander Nubel's development.

"In addition, we would like to put on record that FC Bayern does not tolerate derogatory comments from players' agents about other Bayern players."

There is no doubt that Neuer will remain No.1 as long as he extends his deal at the club, but Nubel's imminent arrival has annoyed the club's current backups and will continue to produce drama as three goalkeepers fight for a place on the Bayern bench, two metres apart from their team-mates and 62.5 metres from Neuer in the Allianz Arena goal.