Zinedine Zidane was not frustrated after Real Madrid's 1-1 draw with Real Sociedad as along with all the negatives, there also were also many positives to take from the game. 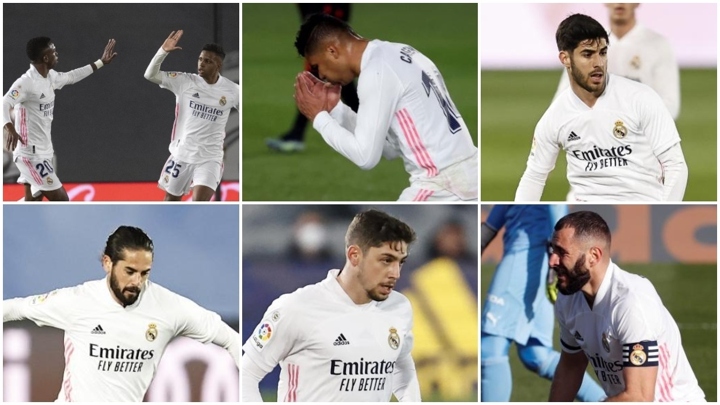 Real Madrid dropped to third in the LaLiga Santander table, level with Barcelona and five points behind Atletico Madrid, ahead of Sunday's derby at the Estadio Wanda Metropolitano.

Let's take a closer look at the reasons why Zidane should be optimistic and pessimistic ahead of what could be a title decider.

With Sergio Ramos sidelined due to injury, it has been of paramount importance for Nacho Fernandez's partnership in defence with Raphael Varane to work out.

Nacho made an in-form Alexander Isak disappear in the match against Real Sociedad and it wouldn't be surprising if Luis Enrique calls him up for Spain's games in the next international break.

Varane has also taken a step forward and has become Real Madrid's leader in defence as Los Blancos have conceded just two goals in their last six games.

As soon as they pick up pace, they are two clear candidates to clinch a spot in the starting line-up and help Zidane to rotate the team when he needs to.

The Frenchman is aware that his players commitment could not be questioned, despite failing to grab a victory against the Basque side.

"I am sorry for the boys, because they have given everything and they deserved it," Zidane said after the match. "They played a great game."

Last but not least, Toni Kroos stood out with his performance on Monday night, being a constant threat from dead balls.

Bad news: Breakdown at home, lack of goals, Casemiro does everything

If Real Madrid do not win LaLiga Santander this season, it will be largely due to the 11 points they have dropped at the Estadio Alfredo di Stefano, where they won all their games last season.

Los Blancos have lost three matches and have drawn another one on home soil. In fact, they have dropped the same amount of points at home as on the road.

"I feel like we lost two points because we played at home," said Zidane after the game.

One of their main issues, however, is their lack of a clinical touch, especially with Karim Benzema sidelined due to injury.

Casemiro has offered solutions in front of goal too, being the player who has filled in any void throughout the last few games.

However, the Brazil international will be suspended for the Champions League Round of 16 return leg against Atalanta and Zidane will be called to find a solution to avoid any surprises.

Meanwhile, Marco Asensio has yet to find consistency this season and was subbed off against Real Sociedad after producing a below-par performance in attack.