The world of football is becoming more and more difficult to understand. 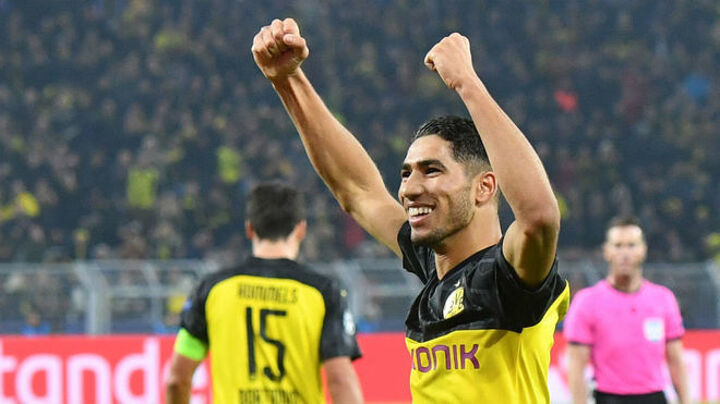 Real Madrid have built a policy of signing young players who could be stars to avoid paying truly barbaric fees once they make the grade.

None of them have come through the club's youth academy, but they have been sought out as prospects who could become potential first-team players.

In some cases, they will triumph and in others not, but what doesn't have any explanation is that you have a player who has become a star in your youth system and you sell him.

Achraf came to Real Madrid as a kid, at only eight or nine years of age, passing through all of the youth team levels until reaching Los Blancos' first team.

When he started, he played as a centre-forward and that's where his finishing came from, then he became a right winger and, with Castilla, he was a promising right-back.

In his first year at Real Madrid, Achraf didn't feature regularly and he had to go on loan to Borussia Dortmund, where he has become one of the best right-backs in European football with speed, dribbling, good crossing and goals.

He's scored nine goals and provided 10 assists - which other full-back performs like that for a Champions League team? Not many.

Dani Carvajal, at the age of 28, is having an inconsistent year; he hasn't had competition and his starting role is assured.

Achraf would make him work, while he can also play on the left. That's why it's incomprehensible that Real Madrid are willingly allowing a 21-year-old with spectacular performances in the Bundesliga to leave.

A youngster who has come through the ranks, is from Madrid, doesn't count as a non-EU player and is free, unless there's something else to it... I don't understand Real Madrid's decision.

Then 50 million euros will be spent on a full-back worse than Achraf, a non-EU player who will need time to adapt to the club.

There are strange things in football, and in this Real Madrid. We will see if it's a serious mistake.