Liverpool will head to Qatar this December looking to win the FIFA Club World Cup for the first time in the Reds’ history. 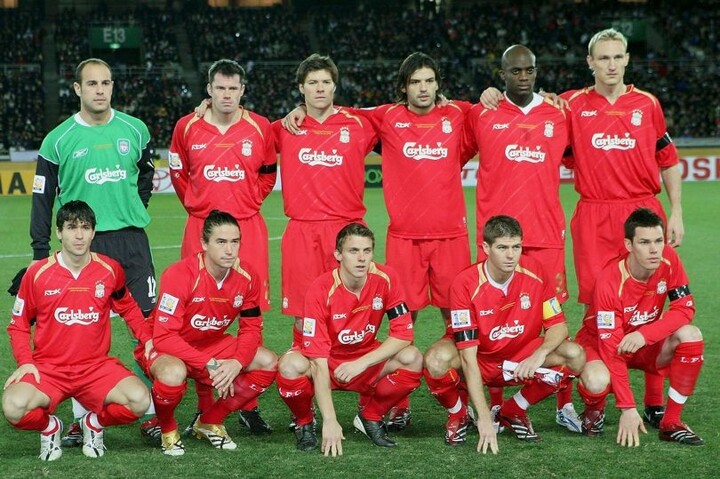 Despite initial confusion about whether the tournament was actually taking place, with Jurgen Klopp ’s side unaware of their expected participation until after FIFA announced Qatar as hosts at the start of the month, Liverpool will take the competition seriously as they bid to be crowned World champions following their Champions League final victory over Tottenham Hotspur.

With the Club World Cup set to be revamped in 2021, this year offers the Reds what is likely to be their last chance to lift the only major trophy they’ve never won.

Liverpool lost 3-0 to Flamengo in 1981 and 1-0 to Independiente in 1984 back when the winners of the trophy were decided by a one-off game rather than a mini-tournament under its former Intercontinental Cup guise.

Meanwhile, the Reds also suffered defeat in their only previous entry in the competition in its current format back in 2005, albeit then called the FIFA Club World Championships, following their famous victory over AC Milan in Istanbul.

Facing Sao Paulo in the final, Rafa Benitez ’s side slipped to a 1-0 defeat in Japan but that was only half of the story from a tournament they were destined not to win.

With games taking place in Yokohama, Tokyo and Toyota, Reds fans back home ended up tuning in at 10am in the morning to see how their side would fare on the other side of the planet. 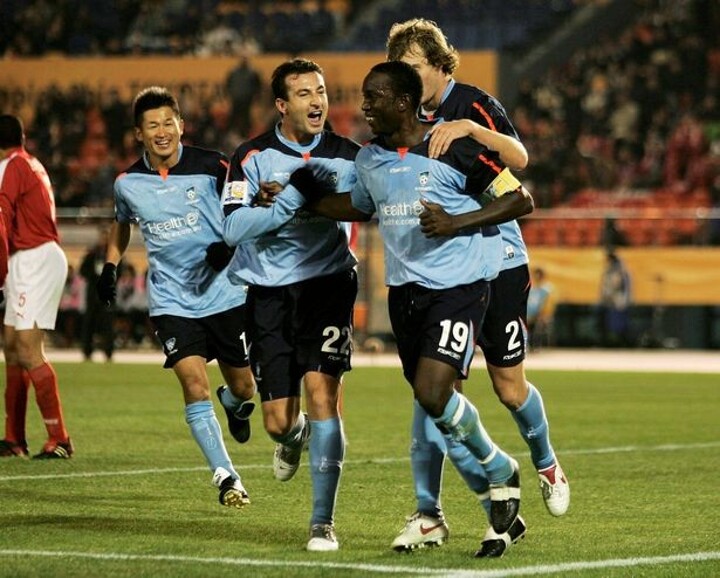 While the competition presented Liverpool with the opportunity to face sides they’d have never locked horns with before from all four corners of the globe, there were some familiar foes also on show.

Meanwhile, Real Madrid goalkeeper Keylor Navas was forging his way in the game back in his native Costa Rica and spent his 20th birthday watching on from the substitutes’ bench as Liverpool defeated Deportivo Saprissa in the semi-finals. 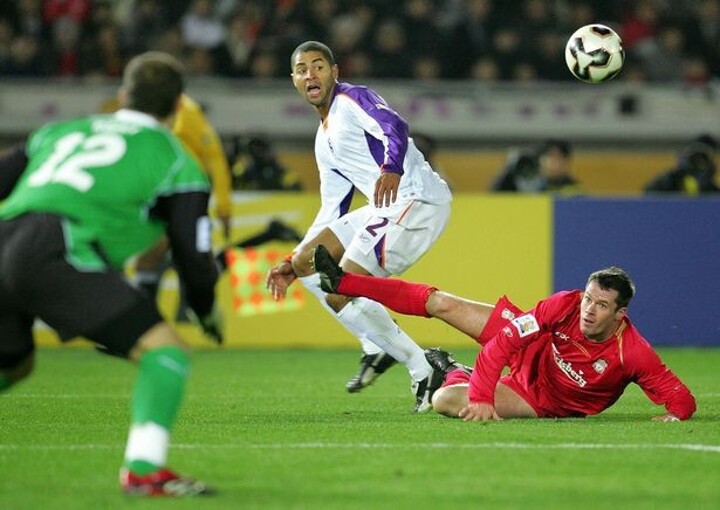 Required to name a 23-man travelling squad themselves, Liverpool had to register players squad numbers 1-23. While the majority of their travelling party were left unaffected, it did force a Pepe Reina , Florent Sinama-Pongolle, Stephen Warnock and Scott Carson to adopt unfamiliar jerseys. 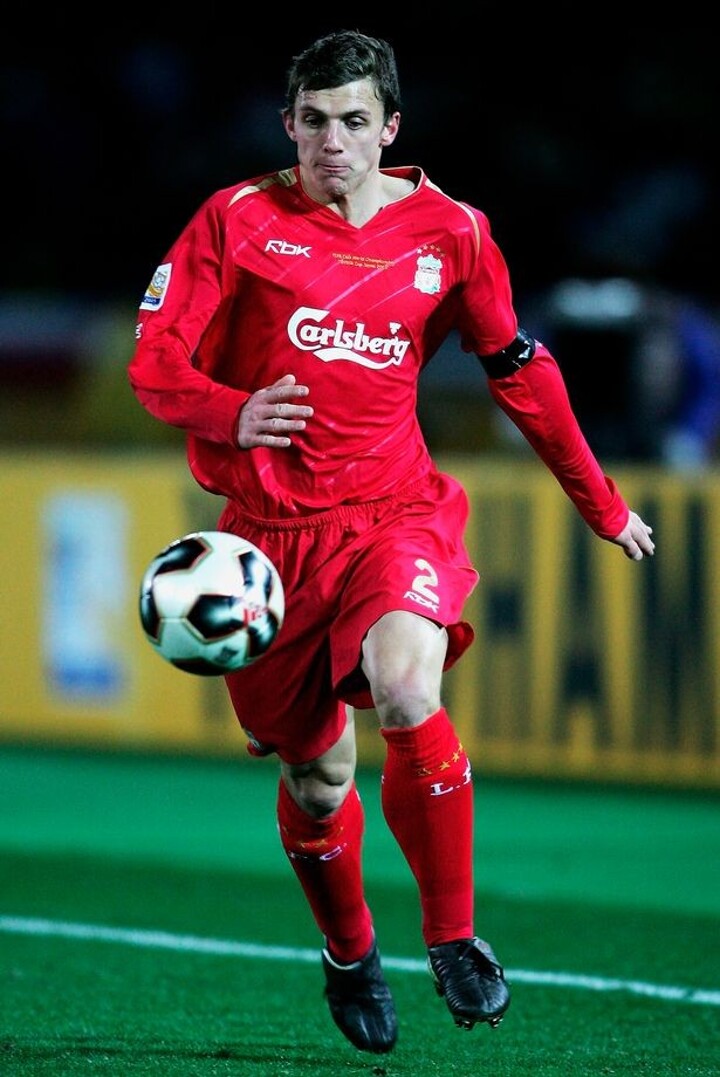 In truth, the competition came at the worst possible time for Liverpool as their Premier League exploits were interrupted.

Not only were they unbeaten from their previous 10 outings prior to their trip to Japan, they hadn’t even conceded a goal during the run as they flew off for the tournament second in the table following a 2-0 victory over Middlesbrough.

Favourites to lift the cup as a result, they swiftly extended both runs to 11 games with a 3-0 semi-final victory over Deportivo Saprissa. Peter Crouch netted a brace to double his overall total for the club, following a lengthy goal drought after signing from Southampton, with Steven Gerrard also getting his name on the scoresheet. 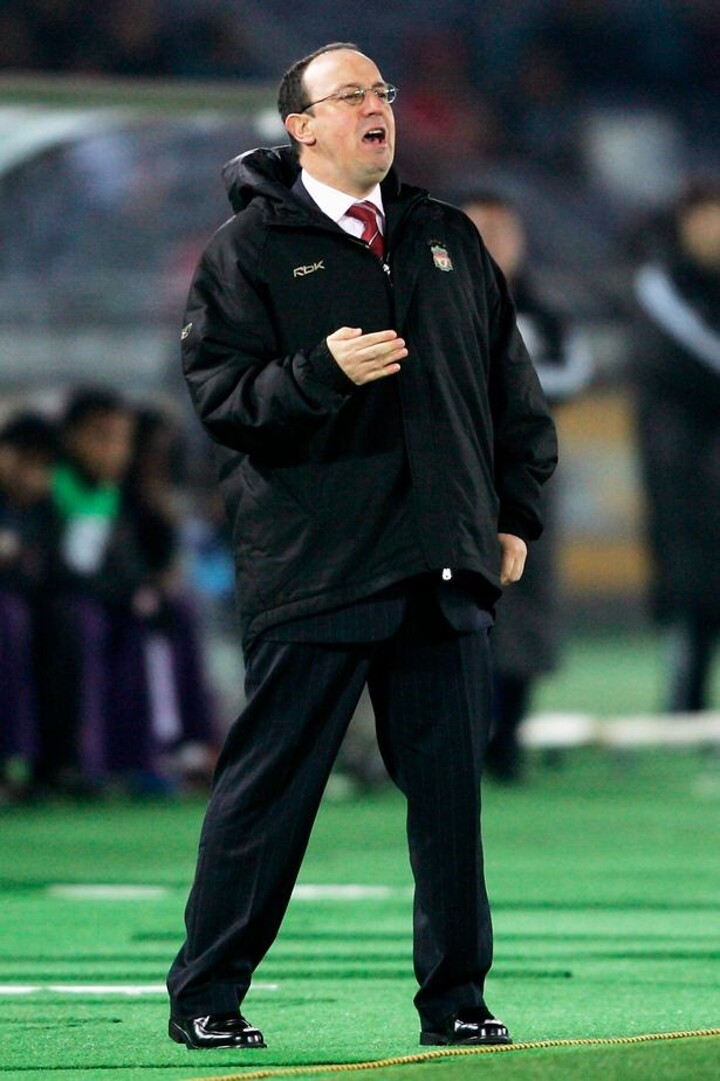 But while things were going well on the pitch, Benitez was struggling off it as his father battled a long illness before passing away while the Reds were in Japan.

The Spaniard considered travelling home to comfort family but was unable to find a suitable flight and ended up missing the funeral which took place on the day of the final against Sao Paulo.

Benitez was determined to win the trophy in honour of his late father but Liverpool were ultimately unable to find a way past captain Rogerio Ceni in goal. But it wasn’t through a lack of trying. 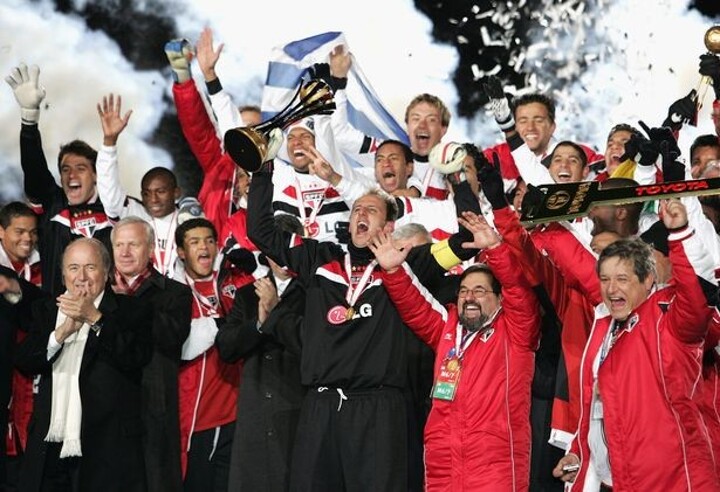 The legendary shot-stopper, famed more for his goalscoring exploits rather than his goalkeeping abilities, scored the decisive goal from the penalty spot in the Brazilian’s 3-2 semi-final victory over Al-Ittihad - one of an astonishing 21 goals he scored that year.

But his traditional efforts denied the Reds in Yokohama as he was named man of the match and picked up the Golden Ball award for his performances during the tournament. He even had one pitch-invader bizarrely throw him a stuffed doll after taking to the field during the final. 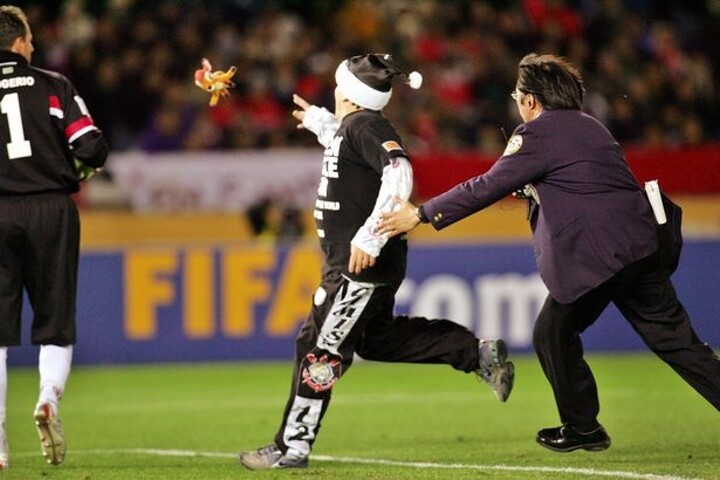 Future Chelsea midfielder Mineiro scored what would prove to be the only goal of the game just short of the half-hour mark as Liverpool conceded their first goal for two months.

Yet the Reds dominated from start to finish. Luis Garcia and Pongolle both saw goals controversially ruled out for offside, while Sami Hyypia was also denied by the linesman after converting from a corner with the ball adjudged to have gone out of play before falling to the Finn. 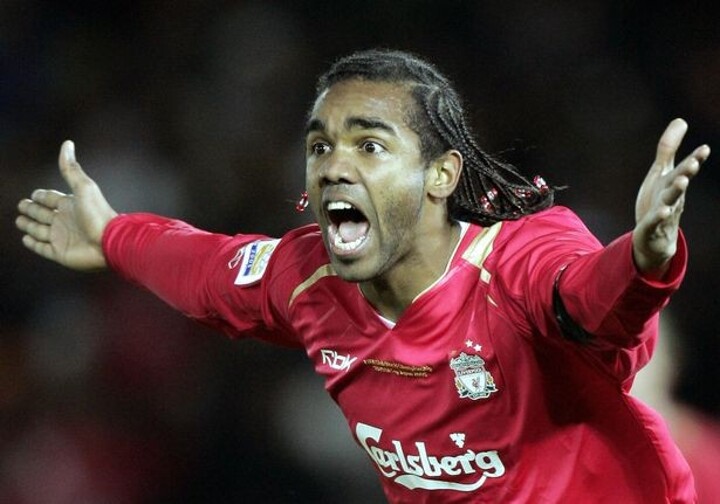 They also hit the woodwork twice through Garcia and Harry Kewell, while the latter also saw a strong penalty appeal waved away in injury-time.

Throw in further missed opportunities from the likes of the diminutive Spaniard and Fernando Morientes and it soon became clear it really wasn’t going to be Liverpool’s night. 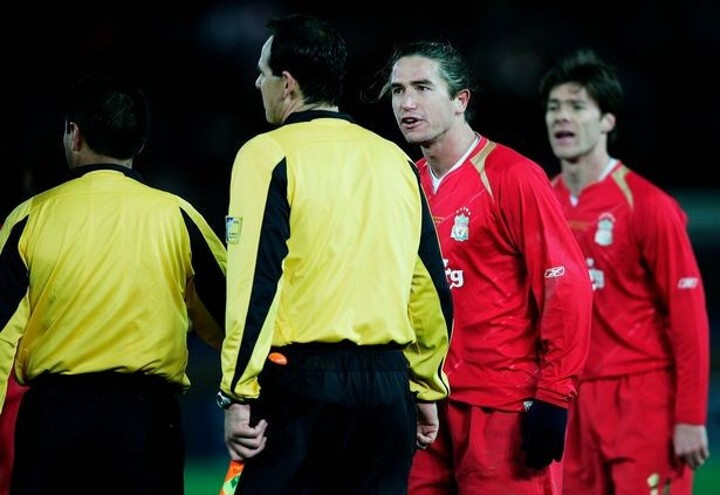 And the Reds’ misery didn’t end there. Drowning their sorrows after the game, midfielder Didi Hamann actually ended up spending the night in a Japanese police cell after failing to escape the clutch of the authorities following a night out gone wrong with Jamie Carragher .

The German later recalled: “We lost the Club World Cup final 1-0 in a game we should have won. We absolutely battered them.

“After the game, we found a boozer because it was Chelsea v Arsenal and we had a few shandies to drown our sorrows, and we had a few more. And then, when the bar shut, there was a bit of aggro. 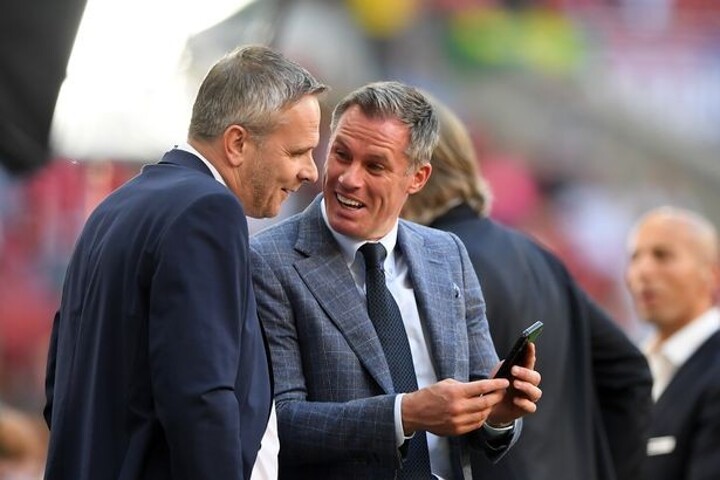 “There was some Liverpool fans, and some of Carra's mates, so within a minute there was police all over the place, so everyone ran away.”

“I was injured at the time so I couldn't run,” he continued. “Even if I was fit, I still would have been caught because most others were probably quicker!

“Anyway I got caught by a copper and he took me away. So there I was 3am and the bus was leaving from the hotel about 8 o'clock so I was a bit nervous when I got back.

“Carra throughout the night, he kept asking Sami [Hyypia] if I had come back. Every 15 minutes [he was ringing Hyypia] because he was worried he might be in trouble too.

“Yeah, Sami wasn't too happy that he was getting called throughout the night because he loves his sleep.

“I'd blame [Carragher] and his entourage, yes!”

A chaotic end to a chaotic trip as everything that could go wrong, did go wrong for the Reds.

Liverpool will head to Qatar looking to go one better than Benitez's side and bring the FIFA Club World Cup home.

But however they fare on their trip to the Middle East, Klopp will be desperate for a move straight-forward trip than the one that faced his predecessor in 2005.