What is a third-man run?

Progressing the ball forward is one of the simplest but most important tasks a football coach faces. The third-man run is one of the most prominent mechanisms used to break lines and achieve this.

A third-man run happens when the team in possession attracts an opponent towards the ball. Two players exchange passes before a third makes an off-the-ball run into space to receive. Third-man runs are therefore crucial to finding a player in a better position who cannot be found with a direct pass.

Third-man runs can help create a numerical advantage where there was previously a two-on-two. Building overloads relies on co-ordination between teammates, as well as good timing of passes and movement. Players need to have a good understanding of their teammates' games so that they all move and pass in unison. This includes players who aren't even involved in the combinations, because off-the-ball movements of others can help to create space for the three players involved – including, crucially, the third man.

How do teams use third-man runs? 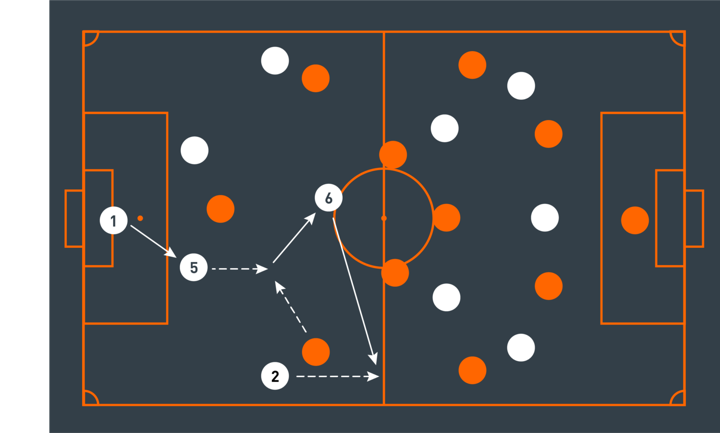 Teams can find the third man through a variety of means. One is through the team's shape during periods of possession, with players positioned at different heights and never with two players on the same passing line to create angles to pass. Using the full width of the pitch is also important in pulling the opposition apart.

For third-man runs to work, a player must first draw an opponent out of position by moving forward with the ball (above). Once an opponent has moved out to engage the ball-carrier, a teammate can move into the space they have vacated. A pass can then be played to another nearby teammate, who can then find the teammate who has moved into this gap in the opposition's structure. 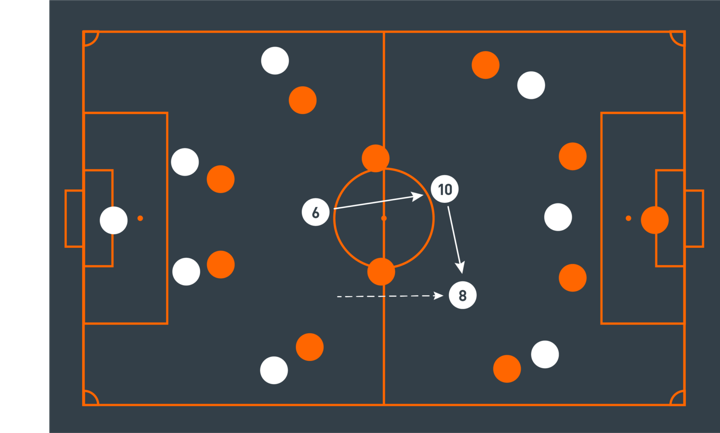 Alternatively, a player can take up a position between the lines to receive the first pass. They then move the ball to another player who has moved on the blindside of an opponent (below).

Which coaches use third-man runs best?

Certain coaches are known for teams that employ third-man runs to break lines, including Pep Guardiola and Gian Piero Gasperini. Barcelona's identity puts a strong emphasis on third-man runs, meaning they use them often and effectively whoever their coach is.

Manchester City's play under Guardiola is based on the use of attacking triangles. The intention is to always have at least two passing lines for every player, wherever they are on the pitch. Third-man runs are crucial to their positional play. 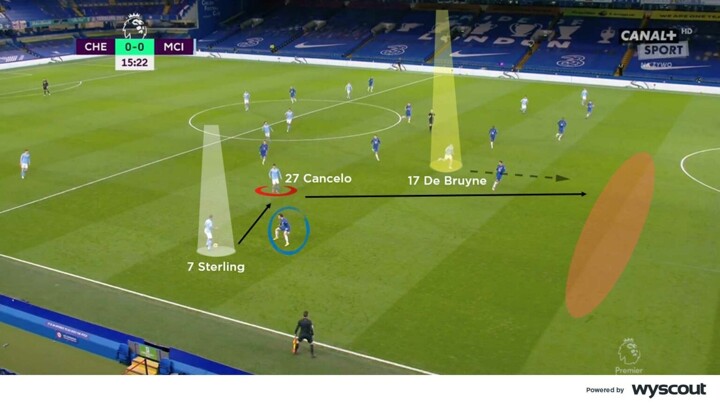 In the sequence of play above, City are positioned in the final third of the pitch. Raheem Sterling is in possession, while João Cancelo is positioned inside for the first pass. Kevin De Bruyne makes a third-man run into space behind the Chelsea centre-backs. The intention is to connect Sterling to De Bruyne quickly, despite Ben Chilwell blocking off the direct passing line.

If opponents drop into a lower block, it's more difficult to create triangles and passing lines like those described above. Even if they do appear, passes require greater precision and detail, so will be more difficult to complete. When Chelsea dropped back against City, they reduced the space available to attack into (below). 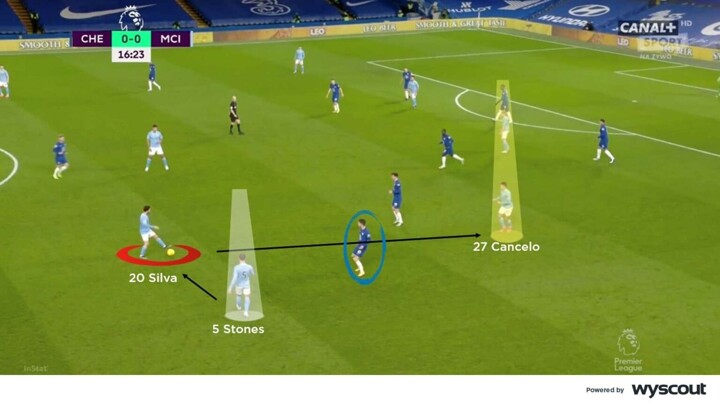 This kind of situation requires more movement from the players closest to the ball-carrier. John Stones wants to move the ball to Cancelo, who moves behind the Chelsea players engaging the ball. This movement causes those players some doubt – do they jump out and press, or keep their position? As the passing line is not open, Stones passes to Bernardo Silva, who must play a pass into Cancelo at pace to break the line. Once Cancelo receives the ball, City speed up play and look to threaten the space in behind the Chelsea defence.

Under Gasperini, Atalanta use triangles in their attacking play. They always look for the third man to keep the ball circulating and move the opposition. 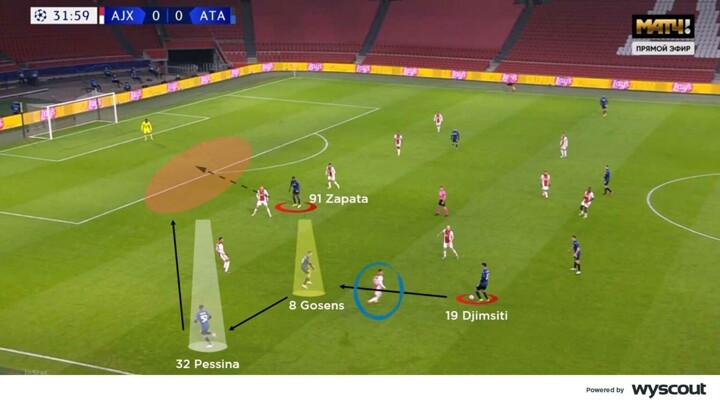 In the above example, Atalanta are in the attacking left inside channel, with an Ajax player pressing the ball. Gasperini's team uses an inverted triangle, where a single player – in this case, Berat Djimsiti – forms the base with two teammates behind the pressing player: Matteo Pessina and Robin Gosens.

These two players' positions create two possible passing lines for the ball-carrier: one on the inside and one on the outside. The movement of the pressing player helps to decide which option the ball-carrier chooses. In this case, Djimsiti, chooses to pass to Gosens. Pessina then makes a third-man run in behind the defence, while Duván Zapata does the same centrally. 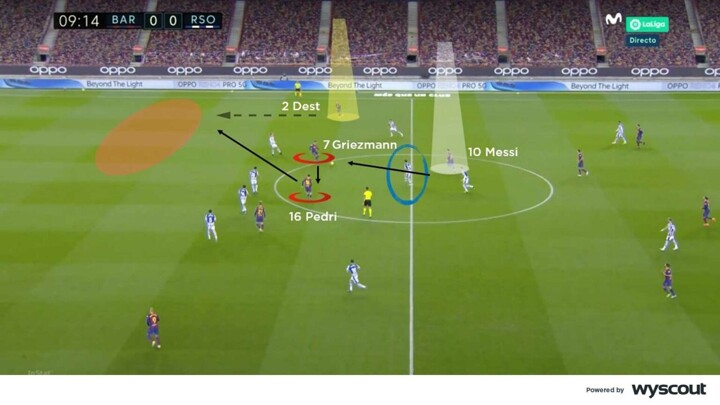 In this final image, Barcelona encounter a high Real Sociedad line (above). They use a triangle in the centre of the pitch involving Lionel Messi, Antoine Griezmann and Pedri. They combine before then finding the free player on the outside, Sergiño Dest, in behind the left-back. This sequence of central passes means Barcelona draw the opposition in to become more compact. This works to create space on the outside for third-man runs in behind.

Want to know more about football tactics and learn how to coach from the very best? Take a look at the Coaches' Voice Academy here.