"What a footballer can do in and out of possession is easy to establish, but the deeper layers - who they are, what they believe in, how they've reached this point, what drives them, what awaits them when they depart training - are the real details." 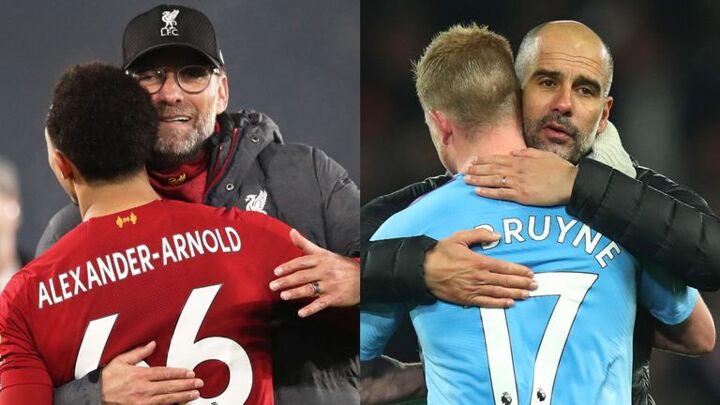 In this age of record transfer fees, open chequebooks and infinite statistics, it is easy to forget the real reasons some footballers perform better than others. It's easy to forget where football's unpredictability, that trait we all love, comes from.

It would also be naive to think the above quote, from Jurgen Klopp in an interview with Goal.com in 2017, is echoed and practised throughout football. The Heads Up campaign, taking place again this weekend (February 15/16) across football, was born to encourage the nation that mental health is just as important as physical health.

In fact, the two work hand-in-hand: good mental health should equal good performance, but is football fully aware yet?

It's something Kevin George, an ex-professional footballer with Charlton and West Ham and now an expert in mental health in football, sees as the pivotal area for growth in the game today. 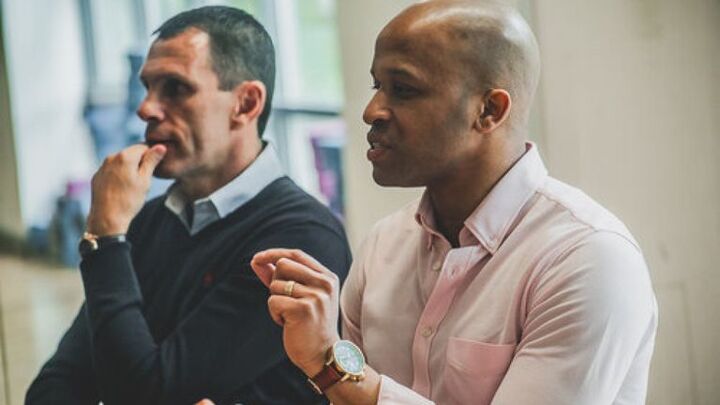 "Is it man management first and tactics second? 100 per cent," George, author and founder of Soccology, tells Sky Sports. "Man management in football is a manager who speaks to you. Sir Alex Ferguson was seen as one of the greatest managers ever, but nobody talks much about his tactics. We enjoyed watching Manchester United, of course, but we talk about how he gave attention to players, and how he invested in the culture of the club.

"Everything was about inter-personal skills. I noticed a difference in Robin van Persie's interviews when he left Arsenal for Manchester United; he spoke as if he was part of something bigger than just football.

"When you go into any line of work, you know your performance depends on how you feel. Yes, technically you need to know things, but if you feel positive, it will open you up to learning more, make you more productive. It's exactly the same in football.

"When people talk about mental health, you hear the word depression et cetera, but what about wellness? We neglect the spectrum."

Therapy, both low level and for more serious issues, is available at Premier League clubs and externally through the PFA in partnership with Tony Adams' Sporting Chance clinic. Psychologist Dr Pippa Grange was widely praised for her work with Gareth Southgate's England team before and during the 2018 World Cup in Russia, but has now left the FA. 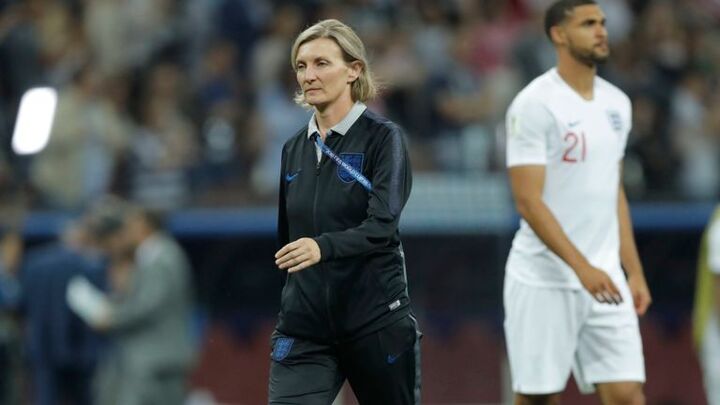 George believes therapy prescribed in-house can be problematic, and that wellbeing and therapeutic understanding should be written into coaching badges at all levels.

"Having a therapist at a club is good, however they're not taking into account the time that is needed. A manager might be thinking: 'Can I invest time in this player, when I might not be here for long? When my job is under pressure?' Therapy is long term, but the best managers invest that time in players.

"Really, the gaffer should have the therapeutic understanding. Basic empathy is king. We should be looking to introduce these skills into coaching badges, looking at the wellbeing of a player. Until we have that, nothing will change."

But what about the complex, boundless world of youth football? Emotions are intricate when football turns from fun to pressured competition. George believes work on emotional literacy is the key.

"Bullying and banter is the number one problem in youth football. Even above performance and pressure. It's about safety; how can you build upon performance if you don't feel safe?

"As a 10-year-old in a football club, you would experience pressure that adults experience - you realise you're vulnerable to being released. People then go into defensive mode, wanting to gain control in other areas to make up for the loss of control, so they attack somebody first to protect themselves. 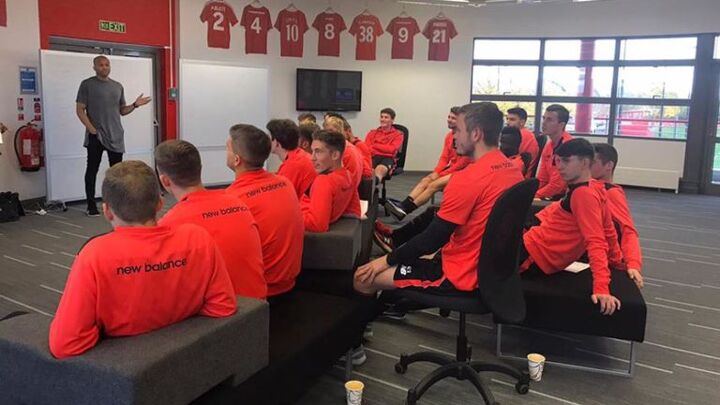 "You don't have control over what happens to you within the system but you can manipulate the relationships within the system to give you a quick high. So you might banter others' touch, shooting, or pass, breaking someone else down to build yourself up.

"That also means that player then goes onto the pitch and takes the easier option, the easier pass, with less calculated risk. That prevents them from becoming great, because if they make a mistake, they will be bantered by team-mates.

"Aside from the negative effects of banter within football, it also acts as a great neutraliser for a highly intense space. Banter acts as a buffer for the overwhelming stress within football and outside of football. It's why no matter how much the game changes, all generations miss the same thing - the changing room.

"Therapy appears in different ways, fun times within a space gives power to the space. When the players miss the changing room, it's not the bricks and mortar, it's not the people in the changing room either, it's how those people make them feel. So without banter, football would have bigger problems and so would society.

George also strongly believes some coaches and clubs are not open to mental health, either because they don't understand it, or because it threatens their existence within the football arena.

"When coaches keep the game small in their minds it brings familiarity and comfort, whereas expansion means learning more. In some people's mind that threatens the validation of their experience. But in fact, it will increase their value because they will understand their experience, be able to articulate it better and access parts that were once in their blind spot.

"Understanding human performance is the way forward. Arsene Wenger, Sir Alex Ferguson, Jose Mourinho and Jurgen Klopp, in different ways had one up on others in this area."

Emotional awareness is not just beneficial for the wellbeing of players outside of the game. George insists it can be used for performance development, but admits English football's traditional ways are a roadblock. Is this an area of development for football, or something much closer to home?

"This is bigger than football. I went to watch Vitesse Arnhem in the Netherlands to watch a 15-year-old player. I felt so uncomfortable at the game because I am conditioned to watching football in England, where there is a comfort around the aggression of football, where the manager is cursing players or the crowd are shouting: 'Get rid of it!'

"Our cultural beliefs in English football are based on war; dying for the club, put your head where it hurts. But in the Netherlands, when these players made mistakes, there was this empty space. I thought: 'What's going on?' They would give the ball away, and the manager on the side-line would be unmoved.

"I didn't realise how bad that aggression was in England. Technically, everyone in this game in Netherlands was astute - they will judge your impact on the game, because everyone's technique is not in question. Whereas here, technically there are players who aren't great, because they are pressured into not being good, because they are scared."

The Heads Up campaign is also a big step forward. But most importantly, speaking up about emotions should be seen as a tool to improving performance, not admitting weakness.