Aliko Dangote certainly got football fans talking on Monday when he outlined his ambitious plans to oust loathed owner Stan Kroenke and take over his beloved Arsenal in 2021. 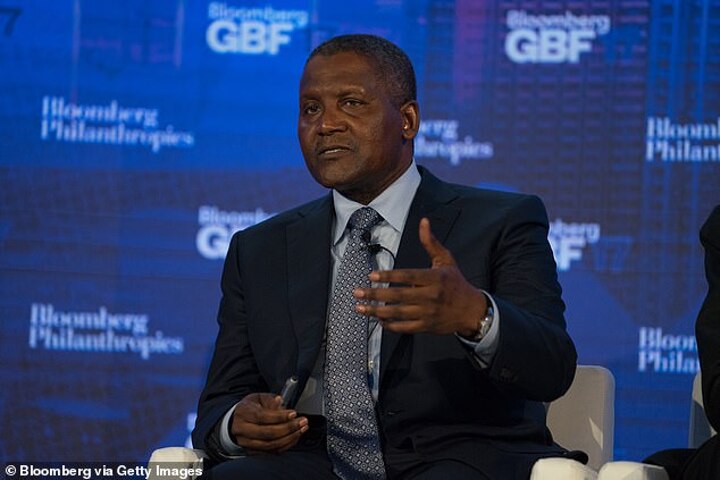 The 62-year-old boasts a net worth of more than £8.5billion and made his fortune after founding Dangote Cement, Africa's largest cement producer - with him also owning stakes in publicly-traded salt, sugar and flour manufacturing companies.

Africa's richest man had originally promised a takeover bid in 2020 but, with his Dangote Refinery still under construction, he has since moved the date back. 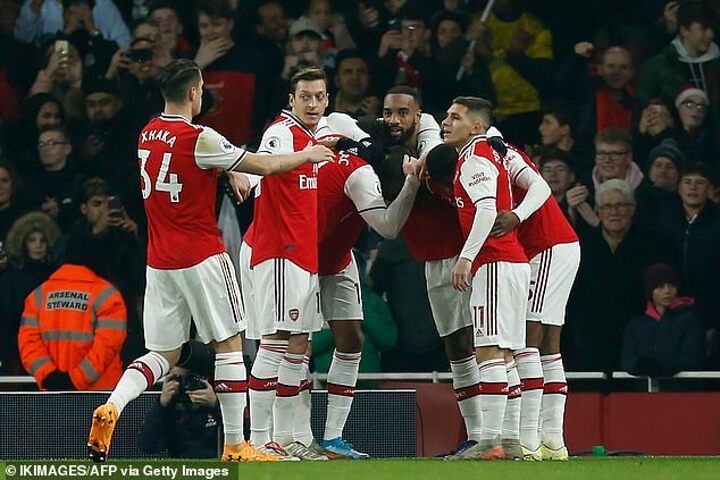 'It is a team that, yes, I would like to buy some day, but what I keep saying is we have $20billion worth of projects and that's what I really want to concentrate on,' Dangote told the David Rubenstein show.

'I'm trying to finish building the company and then after we finish, maybe some time in 2021 we can.

Arsenal fans have been calling for controversial owner Kroenke to leave the club for years now - with the American rarely visiting the Emirates while they continue to fall further away from the summit of the Premier League.

Here, Sportsmail takes a look at who exactly the Nigerian is, and whether he could realistically oust Kroenke at Arsenal - a club steeped in proud history and tradition - next year...

WHO IS ALIKO DANGOTE?

Dangote was born in Kano, North West Nigeria, on 10th of April 1957 into a wealthy Muslim family.

He is the great-grandson of Alhaji Alhassan Dantata, who was the richest West African at the time of his death back in 1955.

And it appears Dangote, just like his family, had an eye for business at a very young age: ''I can remember when I was in primary school, I would go and buy cartons of sweets [candy] and I would start selling them just to make money.

'I was so interested in business, even at that time.'

And his eye for making money continued as he went through higher education - he has a bachelor's degree in business studies and administration from Al-Azhar University, Cairo. 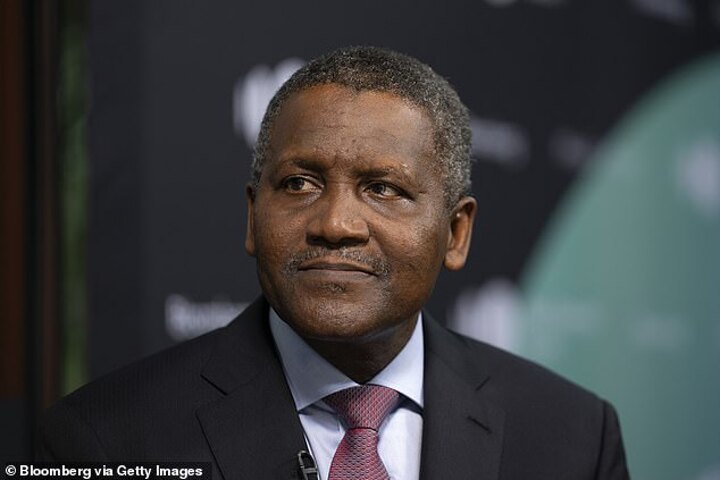 JUST HOW DID HE MAKE ALL HIS MONEY?

After attaining his bachelor's degree from university, Dangote certainly hasn't looked back, starting business in 1978 by trading in commodities, before entering into full-scale manufacturing.

And the Nigerian, who is also well-known for his involvement in local and international initiatives to improve healthcare and wellbeing, has since gone on to build an empire at Dangote Cement - where he is founder and chairman.

He currently owns nearly 85 per cent of publicly-traded Dangote Cement through a holding company.

It produces 45.6million metric tons annually and has operations in 10 countries across Africa.

But that's not the only way money continues to flow in for Dangote - he also owns stakes in publicly-traded salt, sugar and flour manufacturing companies.

He has also delved into the oil market with his Dangote Refinery, which has been under construction for three years in Lekki, Nigeria.

It is expected to be one of the worlds largest oil refineries once complete - it will have a capacity to process about 650,000 barrels per day of crude oil. 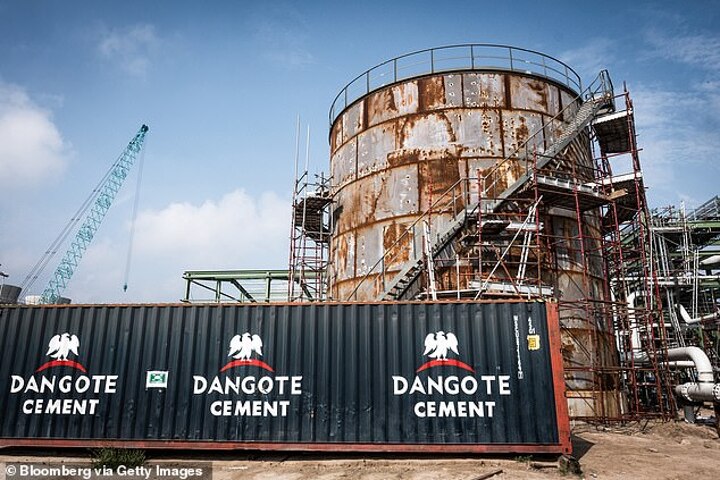 WHAT HAS HE SAID ABOUT ARSENAL IN THE PAST?

What we do know is that it certainly isn't a rash decision from Dangote to target ownership of Arsenal - he has not been shy in sharing his desire to take over in North London, making several statements down the years about how he will try and temp Kroenke into selling up.

Dangote, who is a massive Arsenal fan, started his long quest to become the superior figure at the Emirates all the way back in 2011.

The 62-year-old revealed he was interested in taking over the 15.9 per cent stake purchased by much-maligned Kroenke nine years ago.

'There were a couple of us who were rushing to buy, and we thought with the prices then, the people who were interested in selling were trying to go for a kill,' he said.

'We backtracked, because we were very busy doing other things, especially our industrialisation. When we get this refinery on track, I will have enough time and enough resources to pay what they are asking for.'

Dangote also gave his thought's on Arsenal's business strategy. 'They are doing well, but they need another strategic direction,' he said. 'They need more direction than the current situation, where they just develop players and sell them.'

2016 - on turning Arsenal's fortunes around

'It's not about buying Arsenal and just continuing with business as usual,' he said.

'There's no doubt (I'll buy Arsenal), It's not a problem of money. The issue is that we have more challenging headwinds. I need to get those out the way first and start having tailwinds. Then I'll focus on this.' 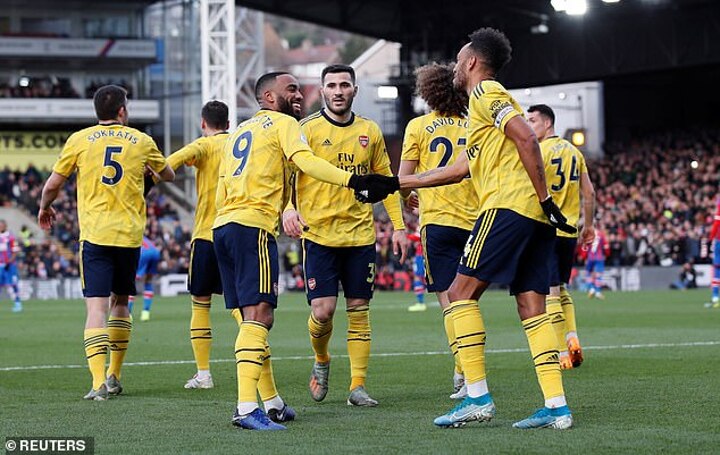 2017 - discloses how he would tempt Kroenke family into selling

'If they get the right offer, I'm sure they would walk away,' he said. 'Someone will give them an offer that will make them seriously consider walking away.

'And when we finish the refinery, I think we will be in a position to do that.

'I don't change clubs. Even when Arsenal isn't doing well I still stick by them.

'It's a great team, well-run. It could be run better, so I will be there. I will wait. Even if things change I will take it and make the difference going forward.'

'We will go after Arsenal from 2020, even if somebody buys, we will still go after it,' he said.

But speaking to Bloomberg TV, the billionaire also admitted that he could look elsewhere.

'I'm very attached to Arsenal but if he won't sell, I might have to change.

'I'm very much a fan of football. I'll like to have a club. I don't have to own Arsenal. 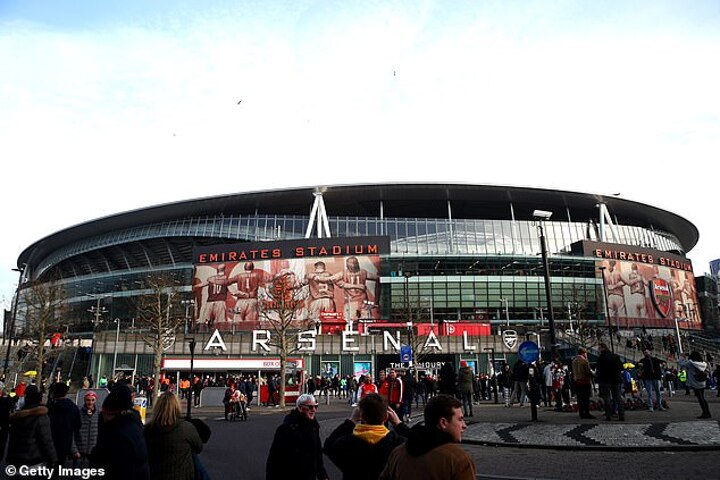 IS A TAKEOVER ACTUALLY REALISTIC?

It's all well and good having these ambitious desires to take over the team he grew up supporting but we need to take into account Kroenke's stance on the matter, and there are no signs whatsoever he is willing to relinquish his power.

Back in August 2018, Kroenke - who has a net worth of £9.7bn, which is £1.2bn more than Dangote - took complete control of Arsenal by paying £550million for Alisher Usmanov's stake in the club, so why just three years later would he look to sell up?

Throughout his time in North London, Kroenke - who has other ventures that include LA Rams, Denver Nuggets, Colorado Avalanche and Colorado Rapids - has come in for heavy criticism for his passive ownership.

Just last summer Arsenal fans - under the #WeCareDoYou slogan - hit out at Kroenke and his directions for the club after they missed out on Champions League football for a third season running.

But his son Josh, who is director at the club and continues to take on more responsibility in the absence of his father, called for unity at Arsenal before claiming they are desperate to see the glory days return to North London.

'For me, on a personal level, I'm not sure how to address my passion. Anyone that knows me knows how passionate I am about Arsenal Football Club,' Josh said. 'Is it hard to take? Absolutely. But I'm not in this business to make friends, I'm in it to win. 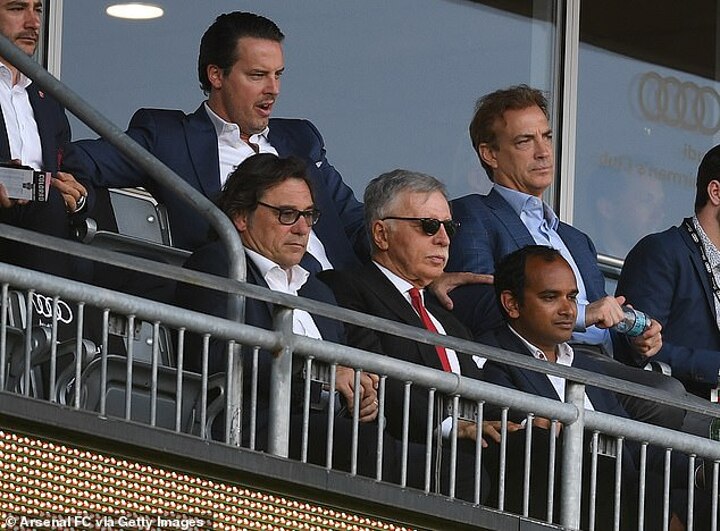 'If anyone is ever going to question anything about our ownership - which I view as a custodianship, the supporters trust us to be a custodian of the values - that's what we're trying to do. We're trying to win whilst also respecting the values and traditions of the club.

'I've sat down with supporters' groups. I've not been afraid to sit down to have tough conversations with people because I'm transparent, we're transparent, we don't have anything to hide.

'We all want the same thing and we're all trying aggressively to make it happen. It's just sometimes our timeline might not be as aggressive as others would like to see.

'But we're not going to compromise the values that have kept Arsenal Football Club the way it is for over 130 years.'

The Kroenke family don't seem to be going anywhere anytime soon so a deal for Dangote to take over seems very far-fetched at the moment.

But maybe just maybe, if Arsenal fans continue to protest against their passive owner and Dangote launches an offer which is simply too hard to turn down, the Gunners might soon head in a new direction...