On the BBC on Sunday night a Manchester City fan reflected on the Premier League champions’ win at Brighton earlier that day. 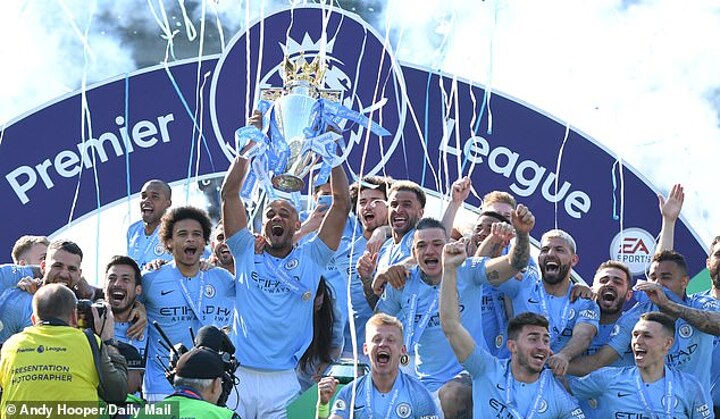 ‘When we went a goal down, I wasn’t surprised,’ the caller said. ‘It was typical City, that. We always make it hard for ourselves.’

It was a nice line but, of course, the caller was quite wrong.

Peter Swales’ City and Franny Lee’s City and even Thaksin Shinawatra’s City might have been well-suited to the pessimism and self- deprecating quips that supporters of a certain age became so good at over years of misadventure at Maine Road and beyond. 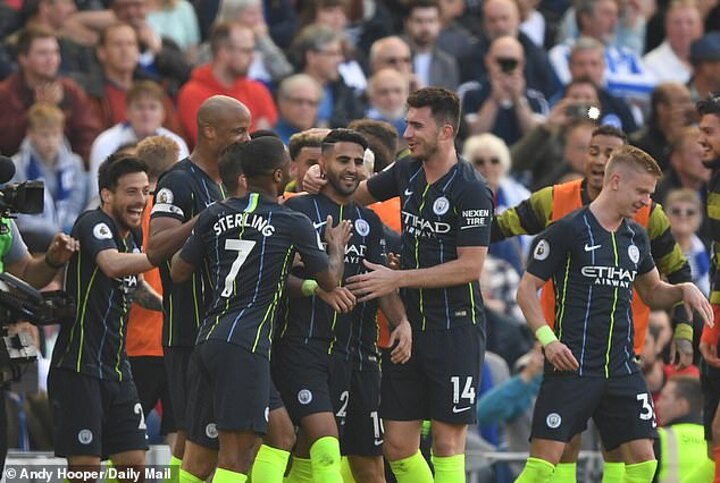 But they are dead gags now. That was old City.

With UEFA still investigating claims made about the club’s means of financing their operation, it could yet be that we end up placing an asterisk against all that Guardiola’s players have achieved over the last two years. What a dreadful shame that would be. 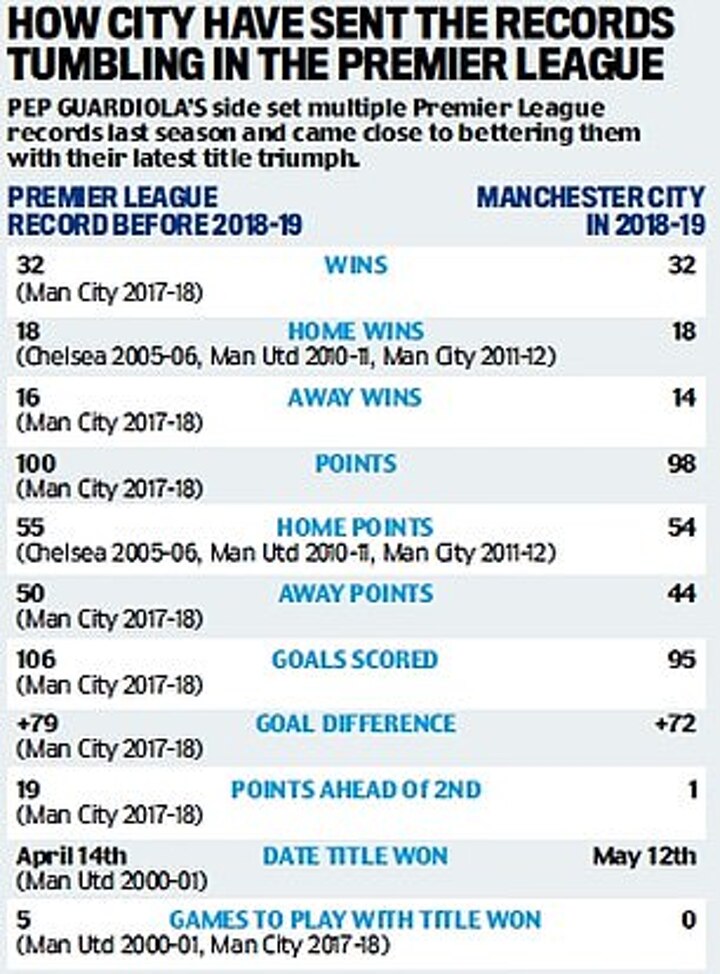 Indications yesterday that the body appointed to look into reports that first appeared in the Football Leaks files are to recommend a one-year Champions League ban for the English champions have come from usually reliable sources.

But until the day comes that UEFA do find against City — if indeed it does come — then we can only judge them by the football they have produced over the last 20 months.

Over the course of two seasons, City have collected 198 Premier League points and scored 201 goals. It has been a stretch of excellence that arguably places them above any team to have played the game in the Premier League era. 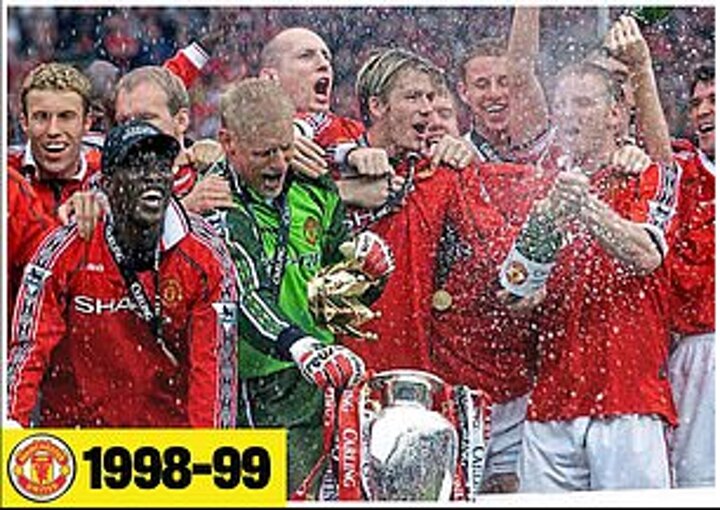 It is a big call to place Guardiola’s City above, for example, Sir Alex Ferguson’s Treble-winning team of 1999, Arsenal’s Invincibles of 2004 or Jose Mourinho’s first Chelsea side who won the Premier League in 2005 and 2006.

Mourinho, for example, won his first English title with a team who lost once and conceded only 15 goals. The previous season, Arsenal had not lost at all. 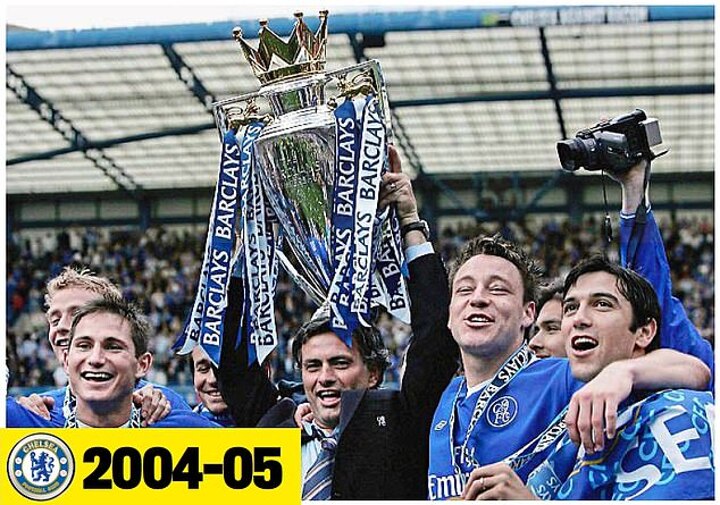 But perhaps what sets this City side apart, albeit by the thinnest of margins, is the manner in which they have defended their title this time.

Chelsea and Arsenal ran away with those championships and, while United edged Arsenal by just a point in 1999, their winning total was 19 points lower than City’s recent score of 98. 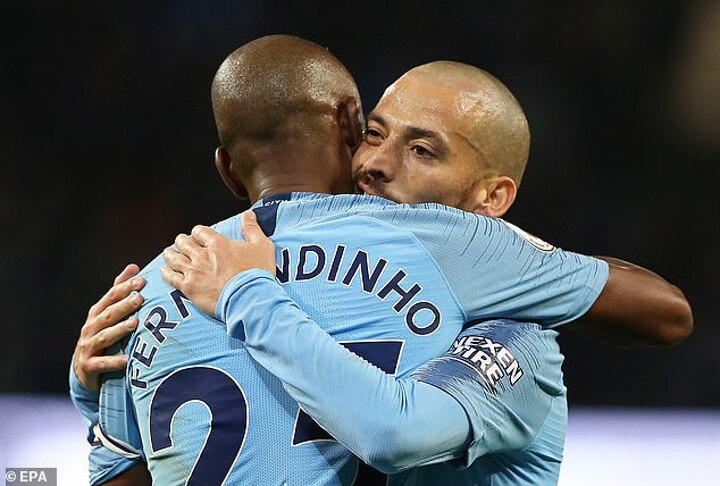 With Liverpool so relentless in their pursuit of City this season, Guardiola’s players have lived for the best part of three months under the most intense pressure, knowing one slip, one imperfect evening or afternoon would quite possibly cost them everything. But it never came — never really looked like coming — and it is this that perhaps places City just on the right side of this argument.

Guardiola’s teams have played beautiful football for so long during his years as a coach that the eye-catching nature of City’s methods does not surprise us.

But just as impressive has been the way the City coach has merged the old and the new so formidably. Players he inherited from previous managers — such as Sergio Aguero, David Silva and the holding player Fernandinho — have grown even better and more complete under his guidance.

More recent acquisitions such as Kevin De Bruyne, Bernardo Silva and Raheem Sterling have also been shown ways to improve.

The result has been the development of a team so domestically dominant that victory in the FA Cup final against Watford on Saturday would see City complete a clean sweep of the domestic honours. 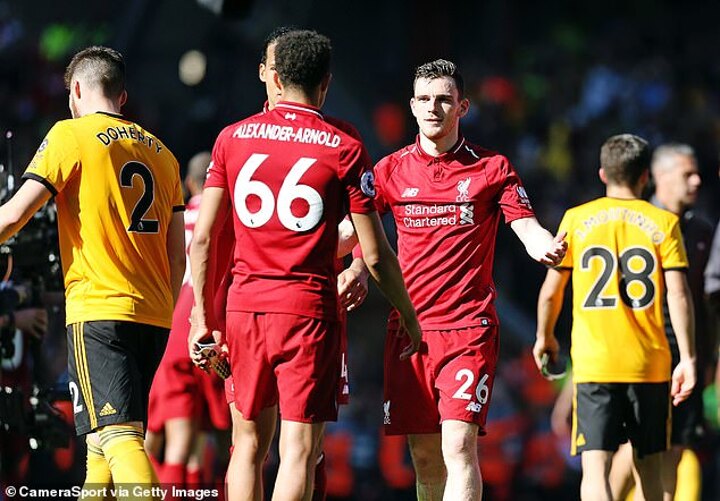 That has not been done before and would show just how persistently successful the modern City have become.

Liverpool will feel deflated that their own tally of 97 points — 22 more than last season — has not proved sufficient to win the league. But logic suggests we should not be surprised.

City finished last season with 100 points and then spent money in the summer. So why on earth should we be shocked that they have maintained those standards? 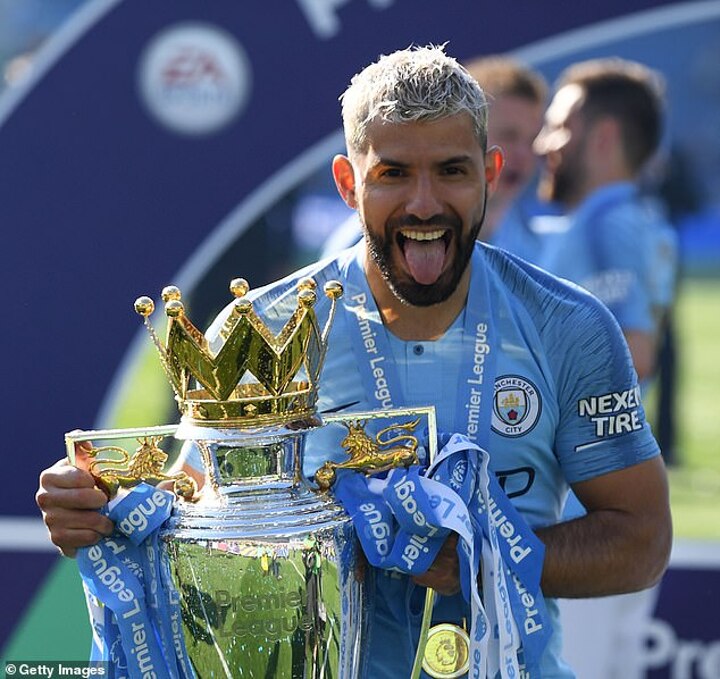 And this is the challenge for the rest now. Guardiola will be in charge again next season and will recruit once more this summer.

Anyone hoping for regression might wait a while — maybe until someone like Aguero decides he cannot play on — and so the opposition must find a way to make up even more ground.

We could talk all day about the merits of Aguero when set against Yorke and Cole or Henry or Drogba. Equally, how do you tell Jaap Stam he isn’t getting in a team ahead of Aymeric Laporte? Those conversations tend to go on into the night and lead us to nowhere but daybreak. 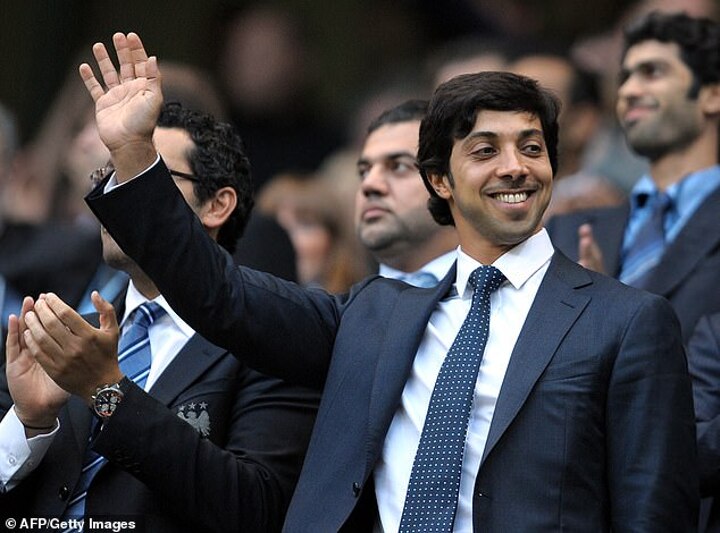 But what is hard to ignore are the numbers. Chelsea’s title win of 2005 came on the back of 95 points, a record until last year.

City have eased past that twice now and we should not expect them to slow down.

UEFA may yet shine a completely different light on much of what City have done under Abu Dhabi ownership.

Nobody should think that couldn’t happen. But try to find any holes in the actual football and you will be at it a very long time.