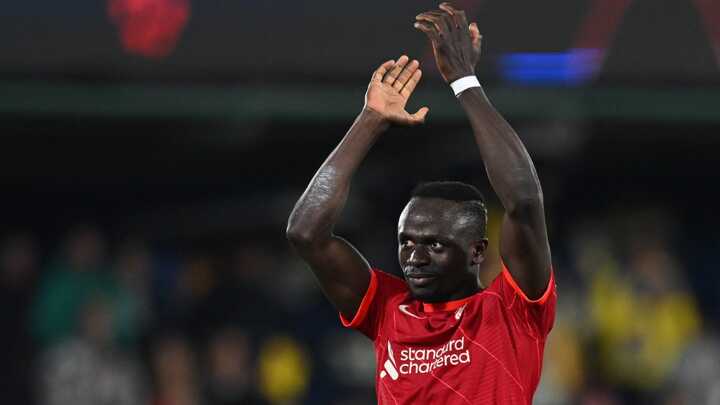 Football fans have called on winger Sadio Mane to take the transfer offer from Bayern Munich because he “doesn’t get the respect he deserves” at the Premier League outfit.

Reports from Germany revealed on Monday the Bavarians are keen to sign the 30-year-old Senegal international, who has been one of the key players for the Reds in this campaign, managing 47 appearances in all competitions and scoring 21 goals, in the summer.

Osimhen, Salah and Toko Ekambi: What did you miss this weekend?

According to SkySports, while there has been no official dialogue between the two clubs, Bayern’s sporting director Hasan Salihamidzic met the player’s agent over the weekend.

Mane, who has scored 14 goals in this Premier League season, which ranks him fifth overall in this category in 2021-2022, is contracted at Liverpool until 2023.

The latest development has sparked a lot of debate across Africa with selected fans calling on the former Southampton player to quit Anfield for Bayern or Real Madrid, while others have urged him to stay.

Below is how fans responded when the transfer news was posted on GOAL Africa Facebook page.

Lie GB wrote: “If it is true he should go. Liverpool doesn’t give him the respect he deserves. In Bayern, he can win both the league and Champions League unlike in Liverpool, who wins the league every 30 years.”

Nii Martey Mens said: “Mane let’s go and make more records elsewhere.” Star Khid opined: “I support this move,” while Essaid Merdoud wrote: “I hope they will sign him,” and Erick Omondi urged the player: “He should take the offer.”

However, another set of supporters are against the move to Bayern: “Liverpool is bigger than Bayern, that’s some backward move,” Steven B'real opined, while Cletus Achat posed a question: “Why should a Liverpool player be going to Bayern Munich presently when both clubs are of the same level right now?”

Godwin Emenike claimed Mane will have demoted himself if he dares to sign for Bayern: “Liverpool is a lot better place than Bayern. It seems like a demotion,” while Bungu Julius Da Speki wrote: “He [Mane] can’t play in farmers’ league, he should better stay at Liverpool.”

This supporter advised Mane to join Bayern on loan: “He should leave on loan, we will need him when the right time comes,” said Hilla Hillarious while Hulisan Lufuno asked Bayern to instead, go for the services of Mohamed Salah: “They can take Salah and leave Mane.”

Meanwhile, Papa Ngwasuma challenged Mane to win Ballon d’Or before thinking of Bayern: “He can’t go there before winning his Ballon d’Or,” while Amoaning Benjamin told Bayern to forget signing the 30-year-old: “They should forget it because Bayern or Bundesliga itself there’s no competition.”

Arowolo Abiodun Abbey Lincon cautioned Mane to stay put insisting he will be a flop if he signs for the Bavarians: “He can’t go, our visible present is more honour and important than what we are expecting,” Lincon wrote: “He can actually flop at Bayern, remember [Eden] Hazard?

“For me, I think he is doing well at Liverpool, and he has to put more effort to become a legend because he is on the line for that.”

Meanwhile, another set of supporters called on the player to, instead, sign for Real Madrid: Mark Maina wrote: [Mane] should go to Real Madrid, not to farmers league,” while Fatudimu Temidayo Emmanuel Kola opined: “Go to Real Madrid after winning the Champions League.”

“Liverpool is a better club than Bayern Munich. He should go to Real Madrid instead,” added Okechukwu Eluma while Omosowon Olubunmi supported a move to rivals Manchester United: “He shouldn’t go to Bayern, I will rather advise him to move to Manchester United.”

Should Mane stay put at Liverpool, take the Bayern offer, or sign for Real Madrid? Give us your thoughts in the comment box below.