Manchester United must sign a defensive midfielder this season who can operate as the sole number three in a single pivot. With Erik ten Hag likely to implement a 4-3-3 formation, it is imperative that they get this signing right. The ability of the player to play in a single pivot will also be important in order to fit into Ten Hag’s system. Nemanja Matic will be leaving Old Trafford this summer, so it seems United are set to go into the market to sign a central defensive midfielder. 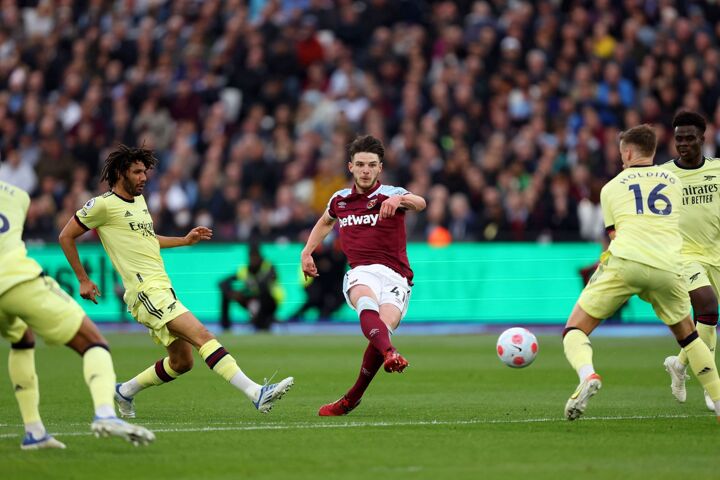 Before the club signed Cristiano Ronaldo, the general opinion among the fanbase was that the club should look to sign a midfielder. While Manchester United finished second last season, it was clear the partnership between Fred and McTominay had its deficiencies. It has become abundantly clear that in order for United to compete against their rivals, they need a player who can play the number six role. Let’s look at three defensive midfielders who United should look to sign.

Fabrizio Romano has confirmed Manchester United have discussed the prospect of signing Kalvin Phillips internally. With Leeds United involved in a relegation battle, this could prove to be a deciding factor whether the club further pursue this deal. It would appear the price tag would significantly decrease should Leeds be relegated to the Championship and this may play a decisive role whether this transfer happens. While Phillips has been sidelined for a long period of time this season due to an injury, he has shown he has the quality and ability to play as a holding midfielder.

Phillips also shone in the Euros last year, where he played in a double pivot alongside Declan Rice. He was one of England’s best players throughout the tournament. However, international football is different to club football, and this has been proven this season with poor performances from the likes of Harry Maguire and Luke Shaw. However, Phillips has the desired qualities, such as brilliant ball-progression and good defensive capabilities to be effective for Manchester United under Ten Hag.

Ruben Neves is another player Manchester United are reportedly interested in, however, this will be a more complicated deal to get over the line.

The club were also linked with the Portuguese international last summer. Ruben Neves is a quality player who also has the desired and necessary qualities to be effective as a holding midfielder in a three-man midfield. While the deal is likely to be complicated, it would appear the idea of moving to Manchester United would appease Neves.

He has been a player in the Premier League for a few years now so he will not have any issues with the physicality aspect of the role. This is a quality United do not possess with their current options with Fred and McTominay, a point Rangnick mentioned at a press conference in January.

Declan Rice has been a long-term target for Manchester United. The price is believed to be in the region of £150 million pounds. This is a clear deterrent and him being the captain of West Ham means this will be a difficult deal to get over the line. However, it has been reported by Mark Ogden that not many clubs are in the race for the England international. This means Manchester United have a clear and open path to make this signing. He fits the bill when it comes to the necessary qualities and the profile of the player United need.

Rice was also fantastic for England at the Euros last year, but he has also had a very good season for West Ham. He has shown a top level of consistency and has been performing well over the last few years in the Premier League. When it comes to attitude and standards, it appears he is the type of character who can come in and have a positive impact on the dressing room. Out of the three options we have looked at, Rice is the best player with the highest potential and has established himself to be a brilliant defensive midfielder.