Arsenal and Chelsea are reportedly among the clubs keeping a close eye on Manchester United starlet Alejandro Garnacho.

The 18-year-old has emerged into a standout player for the Red Devils in recent weeks, having forced his way into the first-team setup under Erik ten Hag. 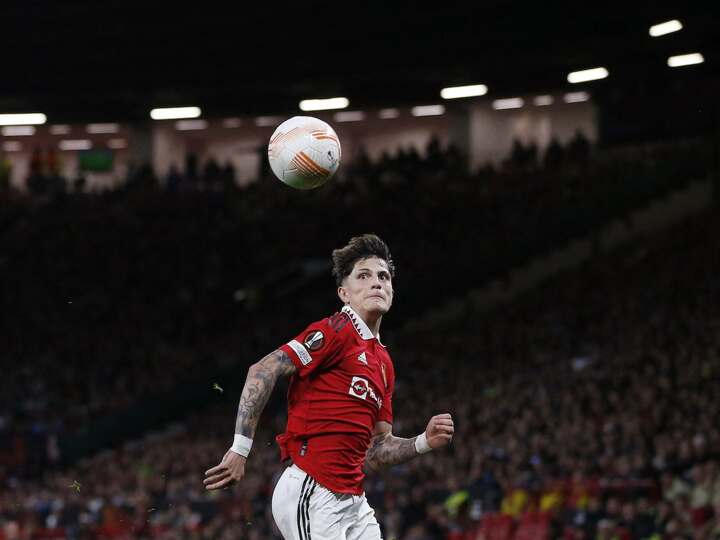 Garnacho has produced two goals and two assists from eight senior appearances in a Man United shirt this term, including a last-minute winner against Fulham at the weekend.

The Argentina Under-20 international has also come up with the winning goal against Real Sociedad in the Europa League and set up two goals against Aston Villa in a third-round EFL Cup success last week.

Garnacho's existing contract at Old Trafford is not due to expire until 2025, but the Red Devils are working on an extension for the teenager as a matter of priority.

However, should Man United fail in their efforts to keep Garnacho on the books, 90Min claims that Arsenal and Chelsea are two of several sides keeping tabs on the starlet.

The likes of Barcelona, Real Madrid, Paris Saint-Germain, Bayern Munich and Borussia Dortmund are also said to be interested in Garnacho, who previously represented Atletico Madrid before joining Man United in 2020.

Nevertheless, United are currently protected by Garnacho's contract situation, with previous claims that his deal is set to run out at the end of the season proving wide of the mark.

Furthermore, Ten Hag's side are said to remain confident about their chances of agreeing a new deal with the Argentine attacker, who is understood to be happy with life at Old Trafford.

Garnacho made his senior debut for Man United under Ralf Rangnick in April, coming on for the final minute of a 1-1 draw with Chelsea before also playing in the end-of-season defeat to Crystal Palace. 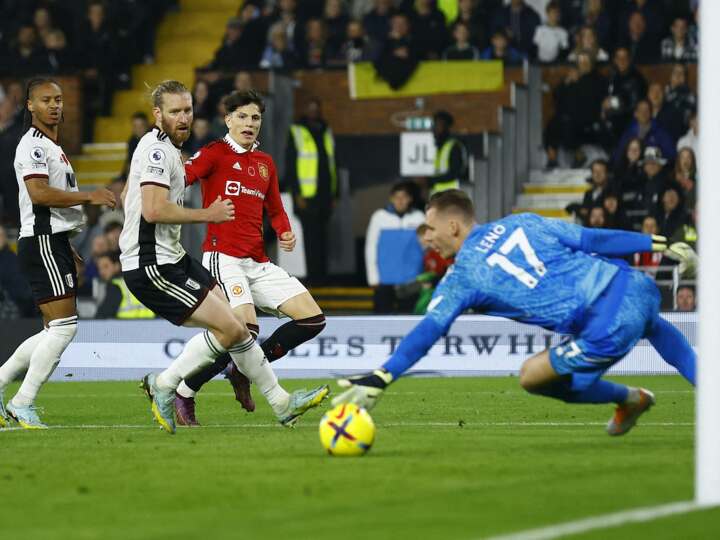 The former Atletico man has now made 10 appearances for the senior Red Devils team, but he was not considered for a call-up for Argentina's 2022 World Cup squad.

Garnacho initially struggled to earn a first-team berth due to a poor period of training in the earlier stages of the season, but Ten Hag has since been impressed with the 18-year-old's attitude.

"He has to keep his feet on the ground. He has to do much more investment. Big players know that, young players don't know," Ten Hag told the press after last weekend's victory at Fulham.

"Now it's a four-week break, that's already a danger for him, because he now has momentum. Let's see how he's coming back. We have to manage that with him. His attitude is good and I'm certain he will have an impact.

"The danger is four weeks, no games, lose focus, less investment. It's only when he stays on the same attitude that he's working the last three, four or five weeks the process will keep going and his progress will keep going. If not, it goes the other way around."

Garnacho will eye more game time in a Man United shirt when the Red Devils face Cadiz and Real Betis in a pair of friendlies on December 7 and 10 respectively.