Arsenal are interested in Barcelona and USA full-back Sergino Dest, according to reports. 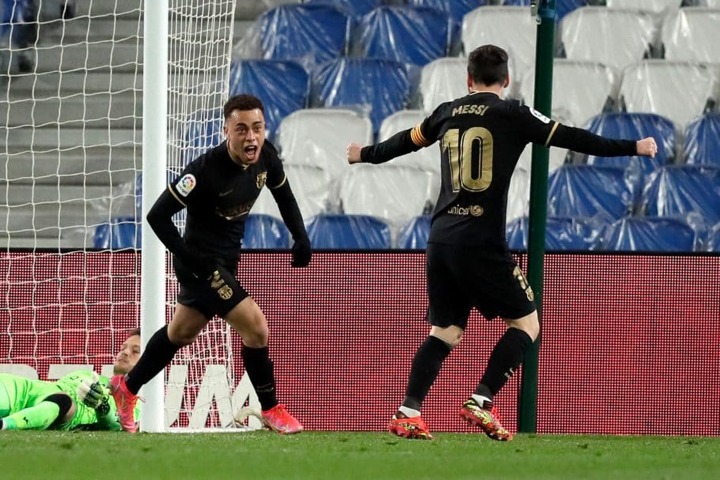 Bellerin on the move?

Any potential deal for a new right-back would seemingly signal that Hector Bellerin will be leaving the Emirates this summer.

The Spaniard, who has two years left on his current contract, has been on Arsenal’s books since 2011.

During that time, the right-back has notched over 200 appearances for the Gunners’ senior side, scoring nine and assisting 29 along the way.

In recent months, though, Bellerin has been attracting attention from some top European outfits.

Ligue 1 powerhouse PSG were heavily linked with the 26-year-old earlier this year:

However, PSG have since signed Achraf Hakimi from Inter Milan, with the latter now seemingly looking at Bellerin as a potential replacement.

Inter CEO Beppe Marotta has been quizzed on the possibility of a summer swoop for the Arsenal star, with the Italian having explained:

“His is a name that is mentioned by you, there’s our interest, but I won’t go any further, because he’s not our player.”

Such speculation, in turn, has seen several right-backs tipped for a potential Emirates switch, including Norwich City’s Max Aarons and Lille’s Zeki Celik.

And now, as mentioned above, the Gunners appear to be eyeing up Dest as a potential replacement for Bellerin.

Dest would join FC Barcelona in October of 2020 from Ajax. He has since featured 41 times for the Catalan outfit, scoring three and assisting one.

And according to football.london, citing Spanish outlet Sport:

Arsenal appear to be stepping up their search for Bellerin’s replacement by going after Barcelona ace Sergino Dest.

It is added that the Gunners are very interested in landing Dest, and have already made an approach.