Arsenal have held talks over a move for Real Sociedad midfielder Martin Zubimendi but the Spain international does not wish to leave this month. 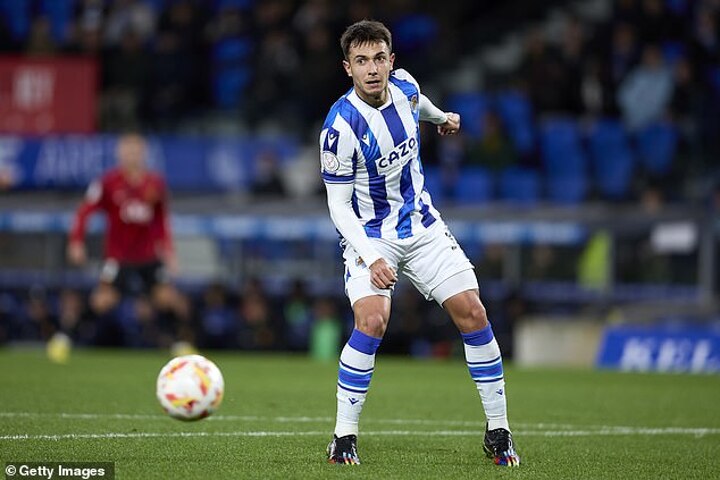 The 23-year-old has a £52.5million release clause and Arsenal were understood to be willing to pay that.

However, Zubimendi does not want to abandon boyhood club Sociedad while they are enjoying a strong season and stand third in La Liga.

Zubimendi's agents were in London on Friday for talks but any deal looks likely to be shelved until summer.

Zubimendi signed a new contract with Real Sociedad last October which keeps him tied to the La Liga club until 2027.

Real Sociedad had attempted to raise Zubimendi’s release clause to €90m (£79m) but the midfielder was happy not to increase it.

His performances have also seen him linked with Barcelona and Manchester United. 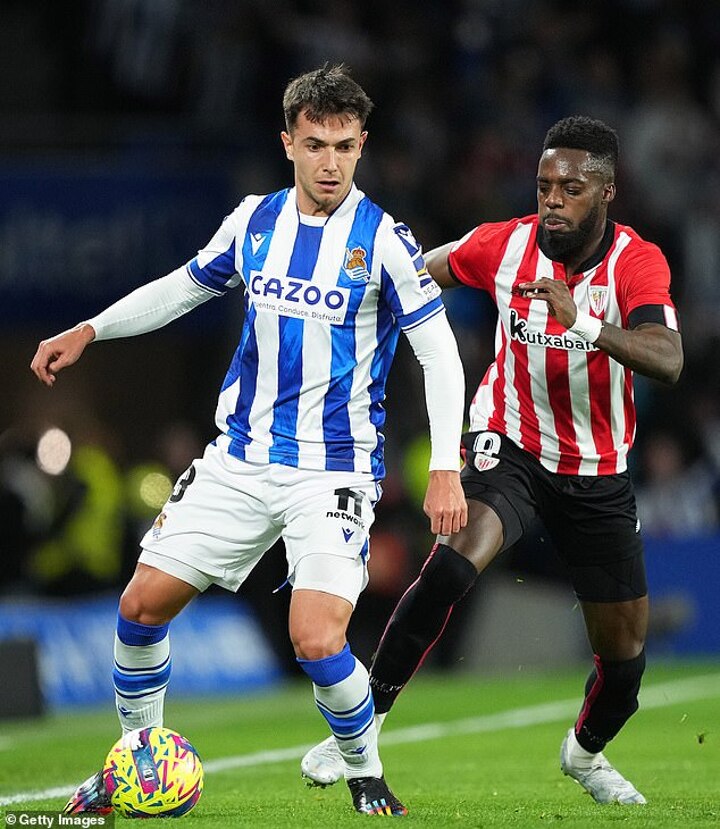 Man United were able to watch Zubimendi twice this season when they took on Sociedad twice in the group stage of the Europa League.

Barcelona are desperate to replace Sergio Busquets with the 34-year-old's deal set to expire at the end of this season.

Zubimendi has impressed for Sociedad since breaking into the first team in the 2019-20 season from the club's youth set-up.

He can play as a defensive midfielder, a position he usually takes up for the Spanish side, as well as a more advanced role.