Arsenal and Manchester United are interested in signing Bayer Leverkusen youngster Florian Wirtz, say reports, but the playmaker could cost as much as £43 million. 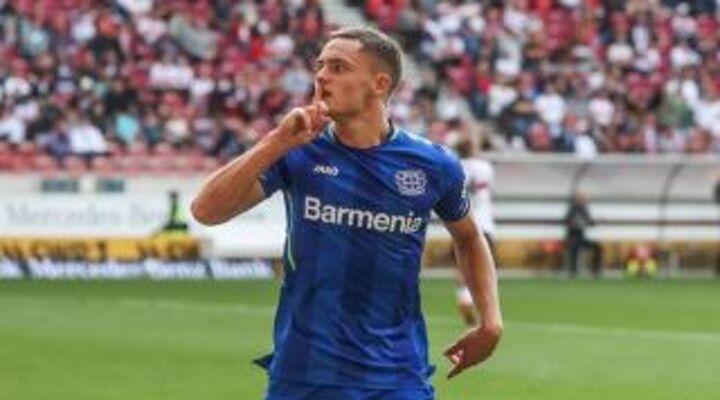 The 18-year-old has enjoyed a stunning start to the season and his form has caught the eye of the two Premier League sides, according to Tuttomercatoweb.

However, Leverkusen will demand a figure between €40-50m (£34-43m) for the promising youngster, a price tag that could deter would-be suitors.

Wirtz has produced four goals and four assists in five games in all competitions so far, continuing his rapid ascendancy in senior football.

The teenager first broke into the Leverkusen side in the 2019-20 season, before featuring regularly last term as the successor to Chelsea's Kai Havertz.

A return of eight goals and eight assists from 38 appearances in all competitions in 2020-21 was mightily impressive from a player who only celebrated his 18th birthday in May.

Wirtz’s blistering start to the new campaign saw him earn his first senior Germany call-up during the September international break, when he featured in his country’s wins against Liechtenstein, Armenia and Iceland.

The versatile attacker, who came through the FC Koln youth system, can play on either wing as well as his preferred role as a number 10.

He would certainly be a welcome addition to an Arsenal side that has struggled for goals this season, scoring just two in their five Premier League games so far.

The north London club have been focused on youth with their transfer business recently, and brought in several exciting talents over the summer.

Ben White and Aaron Ramsdale, both 23, joined along with 22-year-olds Martin Odegaard and Takehiro Tomiyasu and 21-year-olds Albert Sambi Lokonga and Nuno Tavares.