Graeme Bailey has warned Arsenal to be wary of Serie A giants AC Milan in the race to sign Gabriel Jesus from Manchester City. 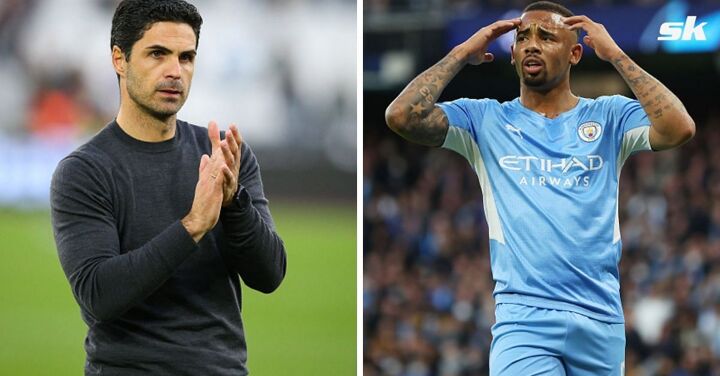 The Brazilian international is expected to leave the Cityzens this summer and communicated his desire to the club last month, as claimed by SI.

Agents of the four-time Premier League winner are set to fly to London imminently to push through the deal, according to a report from Goal.

As reported by 90Min earlier this month, Serie A champions AC Milan have also registered their interest in the Manchester City attacker.

The aforementioned report also claims that the quartet of Chelsea, Real Madrid, Barcelona and Juventus are all monitoring the situation of the former Palmeiras striker.

Graeme Bailey has opened up on the situation and has shared his feelings that Jesus could be on his way abroad.

The journalist has also claimed that Jesus grew up as an AC Milan fan and rejeceted Juventus and Inte earlier in his career.

Hence, Bailey believes that there could be a possibility that AC Milan will eventually win the race for the Manchester City forward. He told the Talking Transfers Podcast, as quoted by HITC Sport:

"I still think he might go abroad. It’s just a gut feeling, I think he might look at Milan, an interesting fact, I was told this, Milan, interestingly, I was surprised, they were the club he supported as a youngster, he has a lot of love there."

"It was the reason he turned down Juventus and Inter, he is a Milan fan and he’s always wanted to go there, so I’d keep them in the equation."

Arsenal might have to act quick in the transfer market if they have to land Gabriel Jesus, who seems to be Mikel Arteta's priority target.

The Gunners have confirmed that Eddie Nketiah has committed his future to the club on a long-term deal.

However, there is still room for at least another centre-forward with skipper Alexandre Lacazette set to leave at the end of this month.

Jesus could be a brilliant signing at the Emirates as he seems like the perfect player to spearhead Mikel Arteta's attack.

Dynamic, versatile and hard-working, Jesus ticks all the boxes Arteta should be looking for.

The two also worked closely at Manchester City when the now-Arsenal manager was the assistant to Pep Guardiola at the Etihad.