Frenkie de Jong, Matthijs de Ligt and Antoine Griezmann are Barcelona's main transfer targets this season and the club will seek 265 million euros to invest in the aforementioned players. 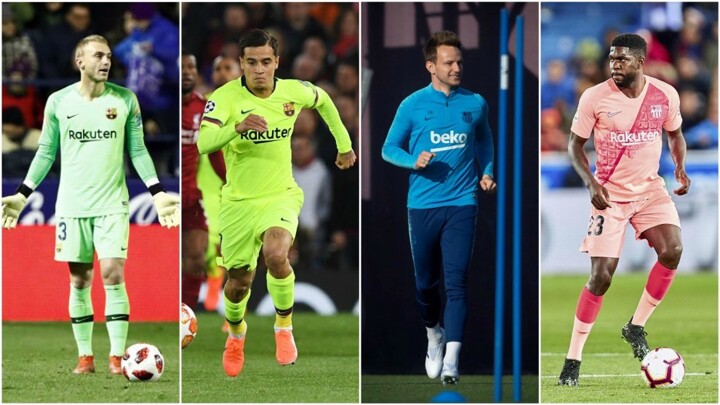 The Blaugrana will also look for a back-up for Jordi Alba at the left-back and Jasper Cillessen's replacement in the upcoming transfer window.

De Jong has already put pen on the paper for a 75m euros fee, while De Ligt could cost the Catalans another 70 million euros and a potential Griezmann arrival would mean that the club will have to pay Atletico Madrid 120 million euros for his services.

Barcelona's current resources can cover the signing of the Ajax midfielder due to a boost in the club's income, but another 190 million euros will be needed, should they seek to sign the other two players.

Apart from Lionel Messi who is regarded as non-transferable, there are a handful of players that could bring sufficient earnings to the Blaugrana.

Barcelona have placed the Brazilian on the market regardless of the Griezmann saga outcome and his price is set at 100 million euros.

Chelsea appear to be interested in the former Liverpool forward to replace Eden Hazard, but they are on hold for the CAS verdict on their transfer ban.

The Frenchman will have to make way to assist the arrival of De Ligt and Barcelona are willing to part ways with him for a fee close to 40 million euros.

His departure, however, won't be an easy task for the club directors, as Umtiti faces a complicated knee injury and he has no intention to leave the club.

The Blaugrana are open to sale the Croatian, but Rakitic is considered as a starter by Ernesto Valverde, while he is not eager to depart the team.

His price tag is set at 50 million euros and a handful of team will be keen to sign a player of his calibre.

The Dutch goalkeeper has made clear that he wants to leave the club and Barcelona ask for 30 million for his transfer, but no team have made a move yet.

A potential departure will boost the club financial, but they will subsequently have to comb the market for a back-up to Marc-Andre Ter Stegen.

The Catalan club have spent 41 million euros on the Brazilian and are not willing to offload him for a low sum, despite his limited playing time this season at the Camp Nou.

Currently on loan at Everton, the Portuguese had a good season in the Premier League and Tottenham Hotspur may be interested in his acquisition, as Barcelona will seek between 20 and 25m euros for his departure.

He left to Arsenal in January, but he hasn't managed to gain much playing time in England and his future remains uncertain, while his price can't be estimated at the moment.

Barcelona will activate their re-purchase option of four million euros to bring him back from Eibar and their idea is to sell him again for a fee around 10 million euros and maintain a buyout clause.

The Portuguese left-back will be in search of more playing time this season and although Barcelona are not eager to offload him, he has attracted interest from several teams.

Offers have arrived of around 35 million euros and should he depart the club Moussa Wague will take the step up to the seniors.

He is expected to leave the club, but his departure will not bring great profit to Barcelona, as his lengthy injury makes it hard for potential buyers to invest in him.