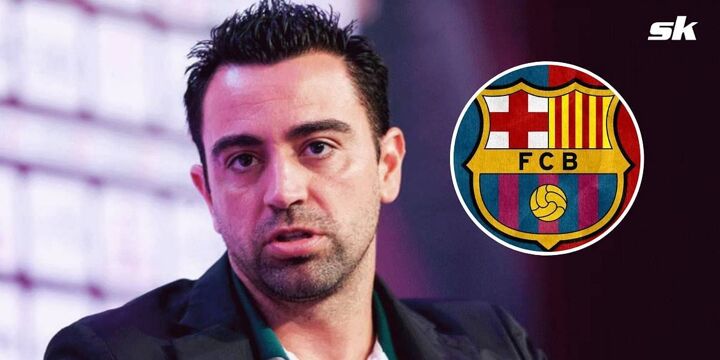 The Blaugrana have been tipped to make an offer for the 19-year-old this week.

Adeyemi has scored 15 goals and provided two assists from 22 matches across all competitions for Red Bull Salzburg this season. His performances for the Austrian giants have seen him attract transfer interest from some of Europe's top clubs.

Other than Barcelona, Bayern Munich, Borussia Dortmund and Liverpool are also reportedly interested in signing Adeyemi from Red Bull Salzburg.

Newly-appointed Barcelona boss Xavi is a huge admirer of the Germany international. The Catalan giants are prepared to grant the Spanish tactician his wish by landing Adeyemi.

Barcelona are reportedly prepared to hand Adeyemi a five-year contract. There have been suggestions that the Camp Nou outfit could look to sign him on an initial loan deal in the winter but those claims are wide of the mark.

As Barcelona look to step up their interest in Adeyemi, the German is reportedly impressed by the prospect of joining one of the biggest clubs in the world. He could be tempted to join Barcelona if they guarantee him regular playing time.

Julian Nagelsmann's Bayern Munich and Jurgen Klopp's Liverpool are two clubs to have been credited with an interest in Red Bull Salzburg star Karim Adeyemi. However, Barcelona could be in line to face the most competition from Borussia Dortmund.

Dortmund are willing to offer €35 million including add-ons to sign Adeyemi from Red Bull Salzburg.

Despite not being able to compete with Barcelona in terms of money, the Bundesliga giants reportedly remain in pole position to acquire Adeyemi's services. It is said that the German club could provide the forward with the best package overall.

It remains to be seen where the future lies for Karim Adeyemi.