Former Bayern Munich chairman Karl-Heinz Rummenigge says the Bundesliga heavyweights will not be able to afford Erling Haaland, with an "auction" set to be sparked for one of the most sought-after talents on the planet. 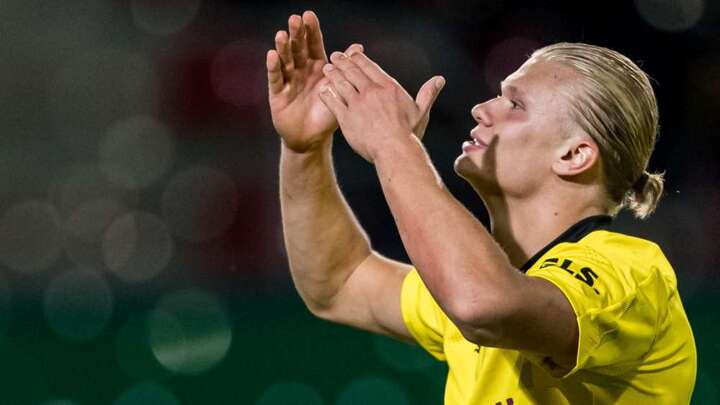 The 21-year-old striker is currently with Borussia Dortmund, where a stunning return of 65 goals has been recorded in as many appearances.

Those exploits have Haaland registering on recruitment radars across Europe with Real Madrid and Manchester United said to be keen, and Rummenigge concedes Bayern are set to be priced out.

The Bayern icon told AS: "I know Aki (Hans-Joachim Watzke) and I know he is a man of his word. He said they were not going to sell him and they didn't.

"It will be very difficult, though, to retain him in the Bundesliga beyond 2022, at which point I understand that a termination clause enters into force. He does not stop scoring and clubs are already lining up to convince him and his agent.

"We will see a real auction in which, taking into account that the amount for the transfer is already set in the contract, he will be taken by the club that offers the highest salary. I don't think it's possible for any Bundesliga club, not even Bayern."

There is plenty of talk regarding a possible move to Real Madrid for Haaland. The Blancos have been heavily linked with prolific Bundesliga forwards before, with Bayern talisman Robert Lewandowski often seeing a switch to Santiago Bernabeu mooted.

Rummenigge claims no official approach has ever been made by Blancos president Florentino Perez, saying: "He never dropped his name in any of our conversations.

"He knows me very well and knows that a player like Lewandowski is not sold.

"I always said that the two best signings I made in 30 years at the helm of Bayern were him and [Manuel] Neuer. The best at the back and the best at the top, without who recent successes would not have been possible."