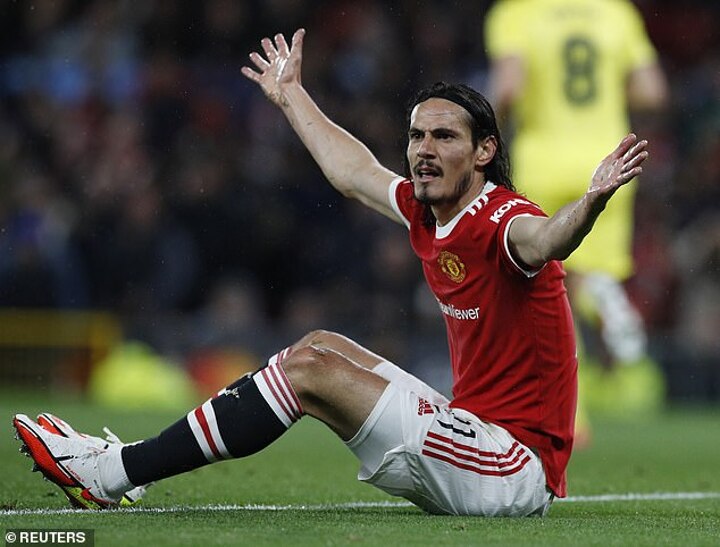 Ronaldo made a sensational return to Old Trafford in summer and while fans certainly celebrated his arrival, a certain team-mate has not.

The Uruguayan started the season as the Red Devil's main striker but has played just 115 minutes under Ole Gunnar Solskjaer so far.

Despite an impressive campaign with 17 goals in 32 games last season, the striker has seen his place in the starting XI snatched away by Ronaldo.

And, not only has the five-time Ballon d'Or winner taken Cavani's spot but he has also pinched his No 7 shirt. 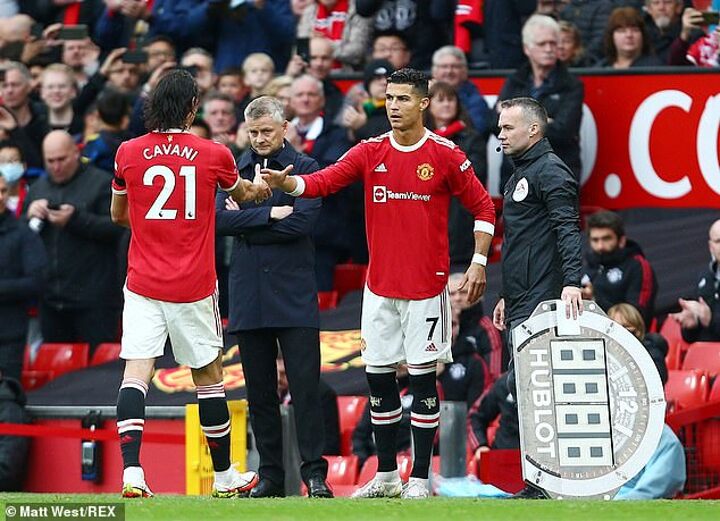 Now, former Chelsea and Tottenham midfielder Poyet insists the 34-year-old should move on for the benefit of his career both domestically and internationally.

'He was unlucky, because without Ronaldo coming in, he was playing as the main striker,' Poyet told talkSPORT.

'The decision of Juventus, Man City getting involved, incredibly went against one person especially – and that was Cavani. 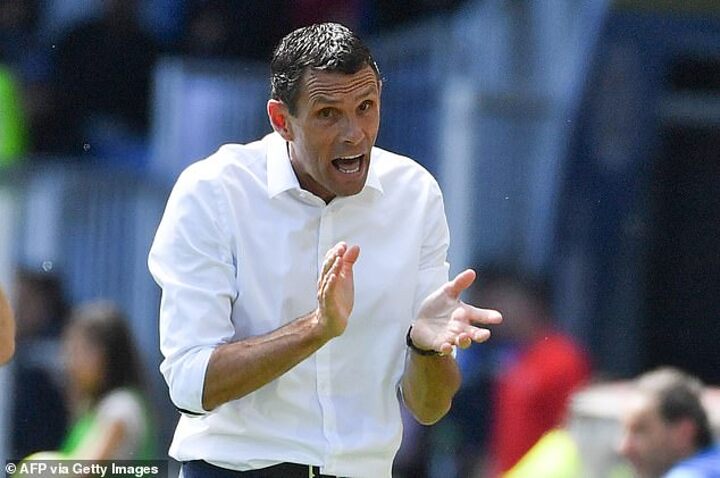 'Maybe he should move in January. From the outside, I don't know him, but if I was him, seeing how things are now, and seeing him not getting to 90 minutes for the national team because he's not playing – maybe.'

Cavani was benched for both Uruguay's recent World Cup qualifiers against Colombia and Argentina.

He was handed a rare start from Solskjaer before the break in United's most recent Premier League game against Everton that resulted in a 1-1 draw.

But Cavani was pulled off  in the second-half and replaced after just 57 minutes by Ronaldo.