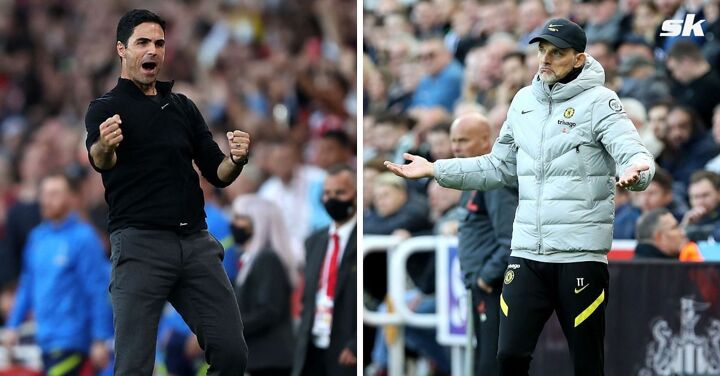 According to Defensa Central, the Gunners have joined Real Madrid in the race to sign the 26-year-old striker. The German still has three years left on his Stamford Bridge contract.

Werner arrived in west London along with a reputation as one of the leading forwards in European football. However, his spell at Stamford Bridge has been hugely disappointing since his move from RB Leipzig in the summer of 2020.

Following his £47.7 million move (Transfermarkt), the Germany international has scored only 23 goals in 89 appearances for the Blues. He has often found himself left out of Thomas Tuchel's side for the club's biggest games.

Romelu Lukaku's departure to Inter Milan on loan this summer means Chelsea are in desperate need of a new centre-forward.

According to Kicker, the German boss has blocked any plans Werner may have had to leave the club this summer. His departure would leave the club incredibly light up top.

They could look to make the move for the German forward, who can also play on the left in a front three.

Ray Parlour makes predictions for Arsenal and Chelsea this season

The two London rivals have enjoyed contrasting pre-seasons in the lead up to the new campaign. The Gunners thashed Chelsea 4-0 in a recent friendly and have won the other three of their pre-season matches as well.

The west London side, meanwhile, have won just one out of their three pre-season matches.

Arsenal have made three more signings than the Blues this summer as they aim to finish in the Premier League top four for the first time since 2016.

Former gooner Ray Parlour believes that this could be the season that Mikel Arteta's side finally get back into the Champions League places. He told TalkSPORT, per HITC Sport:

“I would go Manchester City to win it. Then Liverpool, definitely. I think Arsenal have to aim for third. That’s going to be their aim. If they can keep everyone fit, one more player coming in, then they have a decent squad, so I am going to go third for Arsenal and then Spurs will be good (for fourth)."

“But I think Chelsea are going to struggle this season. Unless they make some signings, they might make a couple before the window closes and then you might change your mind. However, Spurs have to win a trophy.”