Chris Smalling could be handed a shock recall to the Manchester United squad amid uncertainty over whether Roma can afford to sign the defender permanently. 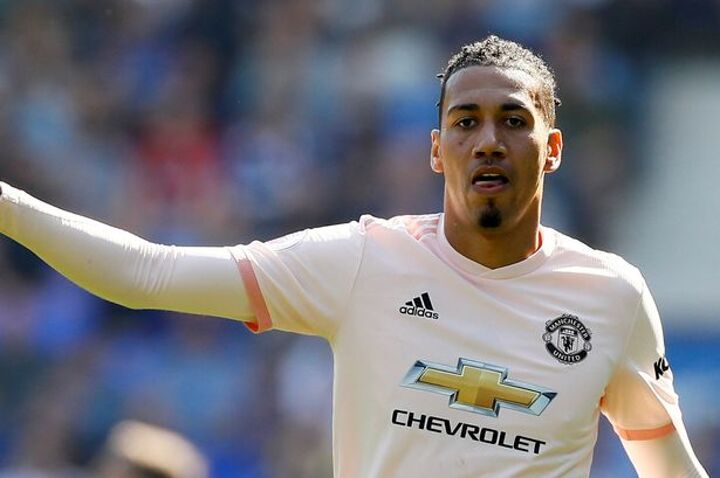 Smalling has impressed on loan at Roma this season after he was deemed surplus to requirements at Old Trafford last summer following the arrival of Harry Maguire from Leicester.

The Serie A side have been keen to sign former England centre-back Smalling on a permanent deal, but are reportedly unable to meet United's £18.2million asking price.

However, it has emerged that Red Devils boss Ole Gunnar Solskjaer could be ready to include the defender in his first-team plans once more - but only on one condition.

Solskjaer is looking for a pacy defender to play alongside Maguire, enabling his United side to play a higher line next season, according to Metro.

Smalling has the speed Solskjaer needs, and Metro claims the 30-year-old will be brought back to Old Trafford if the United boss cannot find a regular partner for Maguire in the transfer market.

United have been linked with Bournemouth defender Nathan Ake and Villarreal centre-back Pau Torres, but face competition from Manchester City and Barcelona respectively.

Jan Vertonghen has also been touted as a possible United signing after the veteran defender's contract expired at Tottenham.

Smalling - who is contracted at Old Trafford until 2022 - has enjoyed a successful season in the Italian capital, making 35 appearances across all competitions and scoring twice.

His current loan deal with Roma comes to an end in early August and Juventus, Napoli and Inter Milan are all monitoring the situation, according to  Calcio Mercato.

Roma are only willing to pay £16.3m for Smalling, and are hopeful United will lower their asking price in light of the defender's desire to remain in Italy.

"Coming over here and trying to hit ground running with football was the priority," Smalling told the BBC in February.

"But my family settling in and me learning the language and enjoying the culture, it's something you need to make the most of.

"My family and I definitely are," he added.

"I feel like I'm picking up a lot on Italian style, and tactics and how to manage games. I'm definitely adding to my game."