Frenkie de Jong was one of the great protagonists of the summer transfer window. His name was in the media almost every day because FC Barcelona decided to listen to proposals given their financial need to part with a player for a big fee. 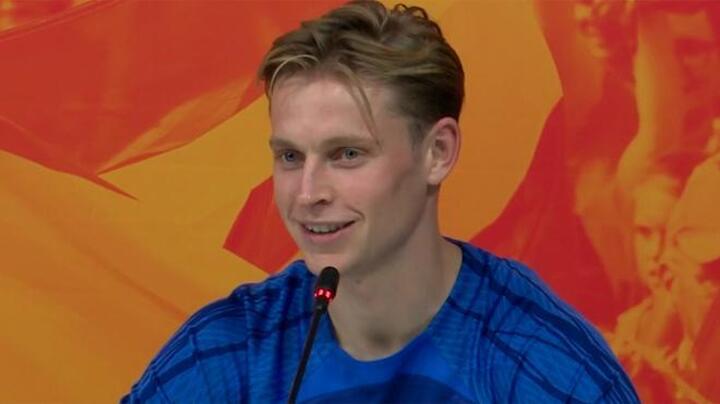 One of the clubs that wanted to sign him was Manchester United, curiously Barça's rival in the next round of the Europa League. In fact, United coach Erik Ten Hag still wants him to lead his project at Old Trafford.

On Monday, at the press conference prior to the duel between the Netherlands and Qatar, De Jong was asked if he was close to signing for United last summer and his answer was very clear.

The reality is that De Jong never considered leaving Barça despite the fact that he has also admitted that he did not like how the club behaved during the summer.

The midfielder is an important part f Xavi's team and he is very happy in the city. He has adapted perfectly and wants to stay at the club for many years.

With regards to the World Cup, De Jong acknowledged that the Dutch did not play well against Ecuador but he is convinced that they will improve against Qatar in order to seal their pass to the round of 16.

"We were not good enough with the ball against Ecuador, generally we are better than that," he added. "We have a lot of quality and as the coach said it is an accident and not something that will happen again."

They have also asked him about his health since he was a little pale: "I have a bit of a sore throat and just had a little sleep, that's all."