Former Chelsea star Oscar has revealed that he has been contacted by Arsenal over a transfer this summer. The Brazil international has been in China for the past three years after leaving Stamford Bridge in January 2017.

Shanghai SIPG snapped the midfielder up for £60m during the height of Chinese Super League spending.

He has made 123 appearances at the Yuanshen Sports Centre Stadium but has admitted Arsenal have been in contact.

More specifically, his international team-mates Willian and David Luiz - who know him well from their time at Chelsea.

Oscar told Fox Sports Brasil: “They called me, they had to call me. Because we have good communication. Sometimes I talk to them. They said ‘come to Arsenal, come here’.

“Willian had finished the contract. I was happy that they got together again. And happy that Willian is happy.

“The most important thing is to be happy, regardless of the place. So I hope they are happy there.”

Oscar made over 200 appearances for the Blues, winning two Premier League medals.

And the 29-year-old has admitted he would prefer a return to Stamford Bridge rather than a move to their London rivals.

“I really want to go back to Europe. [But] Not now. At the moment I’m well here in China, I still have my contract here, which I hope to fulfil,” he added. 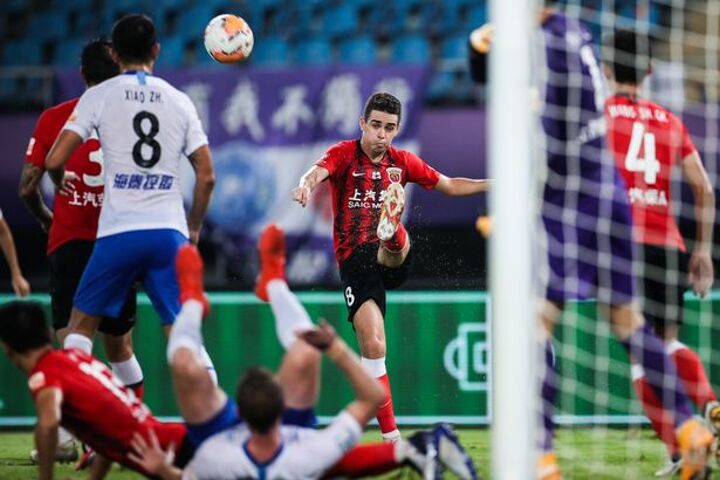 “But the situation is difficult for me to return, it’s a little more complicated for me to get out of here.

"So I hope to fulfil my contract here calmly and then yes I think about going back to Europe.

“Of course the first club I’d choose if I could go back to Europe is Chelsea, for sure, which is the club that I built a very beautiful history with.

“And when I was a child I watched the Italian league a lot because there were many Brazilians there. So there are some teams from Italy that I like a lot, like Inter, Milan.

"So I’d think about going to the Italian league if I return one day.”