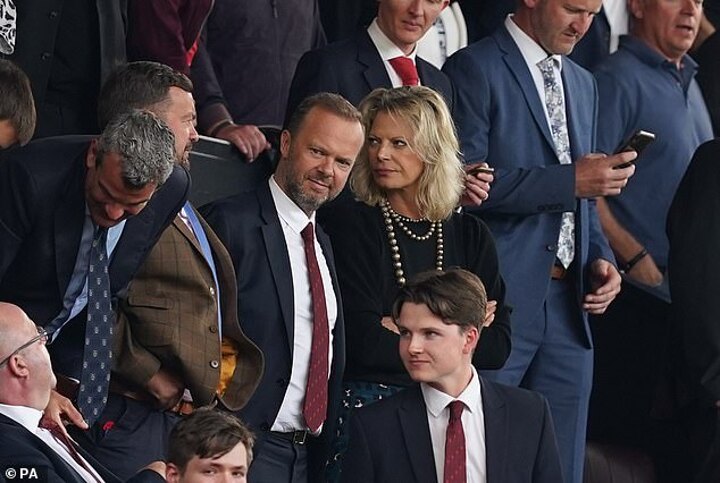 Much has been made of the role others played in the striker’s return to Old Trafford, and both Rio Ferdinand and Sir Alex Ferguson were instrumental.

Woodward, to his credit, had remained in dialogue with Mendes throughout the summer, although the view for long periods was that a departure from Juventus for Ronaldo was unlikely. When that changed, Woodward acted swiftly to ensure a deal was structured in a way that would ensure it would receive the green light from United’s owners, which it subsequently did. 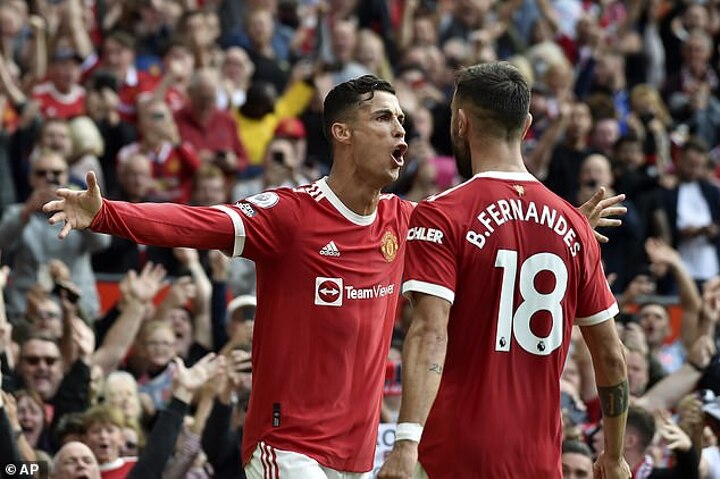 Crouch in line for new role in sport

Westminster sources have disclosed that Tracey Crouch is in line for a return to a ministerial role in the anticipated forthcoming reshuffle.

Nigel Huddleston is known to be keen to stay on as sports minister and so Crouch, an FA-qualified coach, could end up as secretary of state for the Departure for Digital, Culture, Media and Sport. A return to the fold would be welcome.

Crouch is one of the lesser-spotted MPs who know what they are talking about when it comes to sport and has an understanding of its inner workings. She was influential in the Government’s response to the European Super League and her presence would represent a wise move.

West ham legend Tony Cottee last month became the latest former player to back the attempted takeover of the club by PAI Capital, which was revealed by this newspaper.

Cottee followed Rio and Anton Ferdinand in throwing his weight behind the plans, which have not gone down well with the club’s owners. He is due at the London Stadium to give a two-hour Legends Tour on November 28, which includes a Q&A session with fans. It may be a little awkward. 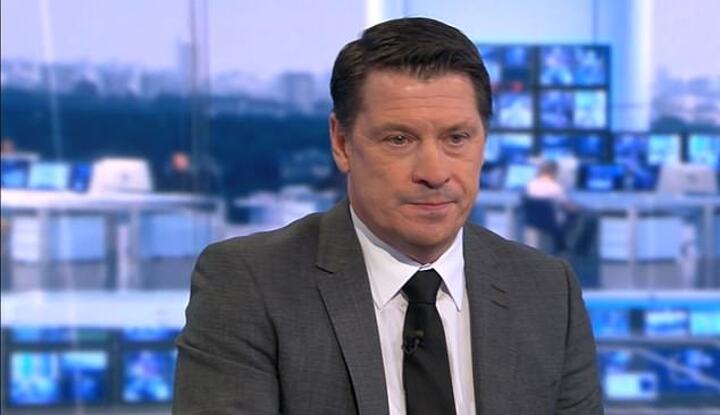 Beecroft gets a telling off

Panic at Bloomfield Road in the aftermath of Blackpool’s 1-0 win over Fulham on Saturday when talkSPORT veteran Graham Beecroft was told off for walking across the pitch after interviewing visiting manager Marco Silva.

He presumed the groundstaff were being precious about their admittedly pristine surface but was later informed it was to protect him from the threat of being run over by a rogue mower. It was a slightly over-the-top devotion to health and safety, given you would imagine someone who commentates on the action on the pitch would have the ability to see it coming.

Perez gets a round in before the race

The eternal mission to lower one’s handicap will be familiar to many readers, with any glimpse of spare time spent on the golf course.

Formula One star Sergio Perez, however, took that dedication one step further on Sunday morning when, with the Italian Grand Prix looming in the afternoon, the much-liked Mexican took to a local course to play nine holes.

Perez, who finished fifth at Monza, plays with a handicap of 18 — respectable given that in normal circumstances the 31-year-old can only get out on to the fairways once a month during the season. 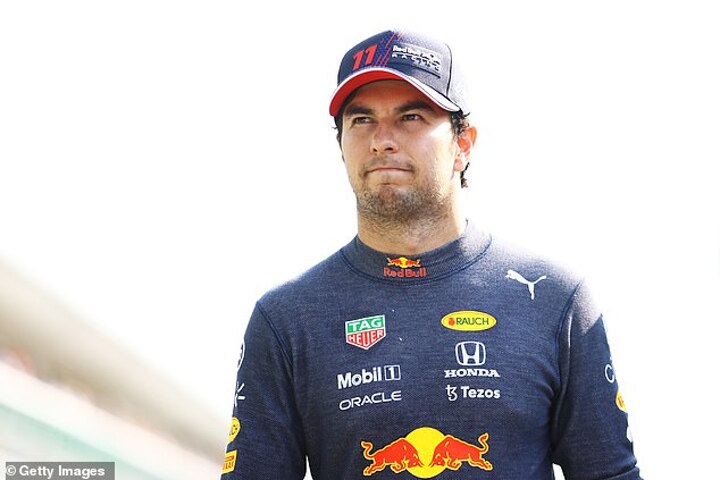 Hats off to David Gower who, despite the ludicrous cancellation, fulfilled his role at Old Trafford on Friday morning, entertaining many of the corporate customers for whom the announcement that the match was off had come far too late.

Gower mixed with guests and joked to one table of punters, who had taken to playing cards, that they reminded him of Sir Ian Botham.

Meanwhile, many of the food and drink vendors, let down by India’s actions, set up outside the cricket ground on Saturday in a desperate bid to attract custom from those heading to the other Old Trafford for Cristiano Ronaldo’s debut. Lancashire themselves donated food meant for media, players and hospitality guests to a number of local homeless charities.

Alan Brazil has been notable for his absence on talkSPORT in recent weeks amid rumours of a health scare. The broadcaster declined to comment but the presenter took to social media to promise that he would soon reveal all. ‘Let’s just say my heart’s still in it,’ the sociable Scot tweeted.

No end to Oldham fans' misery

Crisis club Oldham last week banned their own, non-season ticket holding supporters from buying tickets for their match at Leyton Orient on Saturday and their home clash with Hartlepool this weekend.

They said they had taken the mind-boggling decision — made in the wake of continued protests against the disastrous regime of owner Abdallah Lemsagam — following advice from local authorities, including Greater Manchester Police. However, a call to GMP was met with a swift response denying that was the case.

To make matters worse for bungling officials, Orient — no stranger to ownership issues — promptly allowed Oldham fans to pay on the day for yet another miserable performance, which ended in a 4-0 defeat. A major protest outside Boundary Park is planned ahead of Hartlepool’s visit. 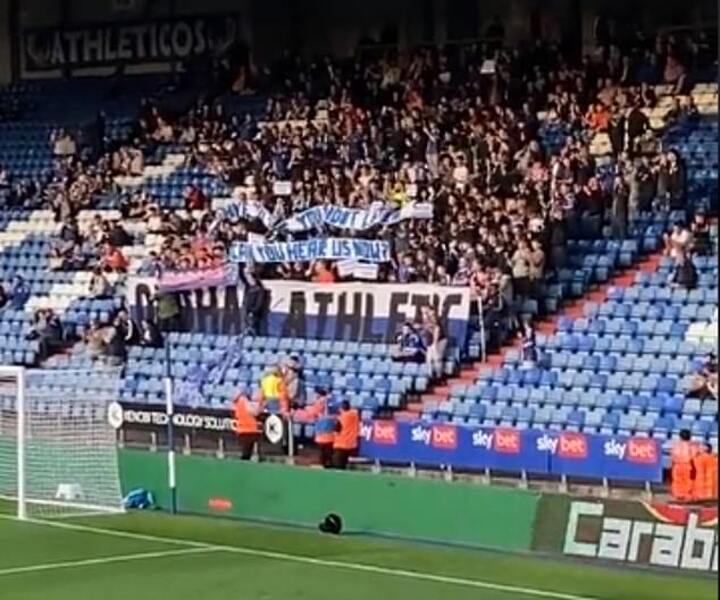 Norwich City's highly-rated business and project director Zoe Ward has been appointed to the FA Council. It is to be hoped that Ward, who has also worked for Liverpool, Fulham and the Premier League during more than 20 years in the game, will bring some much-needed freshness and dynamism to the blazer brigade.

Sports Agenda reported last week how international sports federations were attempting to facilitate the departure of a number of elite female athletes from Afghanistan. Several have been successful in doing just that but do not expect them to shout about it. The ongoing threat of the Taliban taking brutal retribution on family members of those involved looms large.

Mount to replace agent with father

Chelsea and England star Mason Mount is set to become the latest big name to change agents and entrust his father to handle his affairs.

Following on from his close friend Declan Rice —who left Wasserman last December to be represented by his dad — Mount is also set to give responsibility for his business affairs to Tony Mount. The player has been with the Stellar Group, subject of the Sky Sports News love-in reported last week. 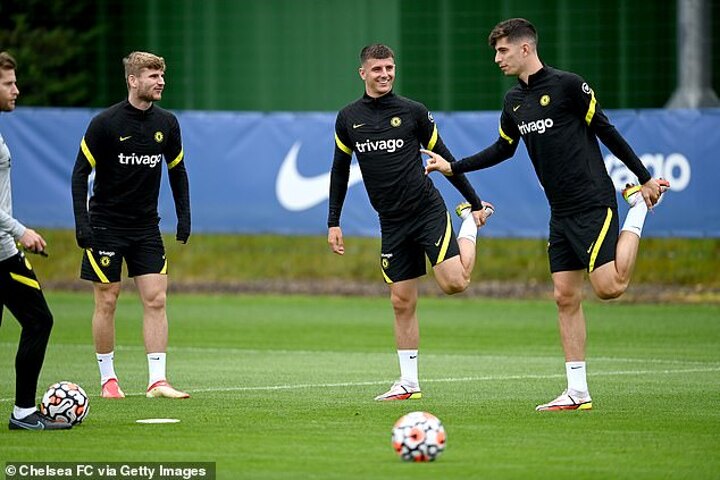 Manchester City and England defender John Stones has won his battle to keep a 4ft-high boundary wall he built without planning permission at his Cheshire home.

The 27-year-old is understood to have been dobbed in by a neighbour because the wall was four bricks taller than the previous barrier, and he could have been ordered to tear it down.

Stones put in a retrospective application at the lakeside residence that he paid £3.4million for in 2016 and permission was granted, with planning officers describing the change as ‘de minimis’.