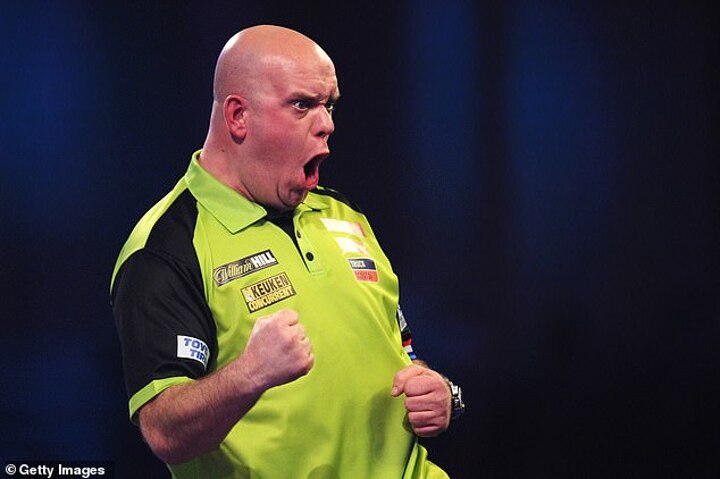 The three-time PDC World Champion took to Twitter to poke fun at United and suggest that he is too high a calibre of player to join ten Hag's side, insisting that he is a 'Champions League player'.

United's failure to qualify for Europe's elite competition has not only hindered their potential to sign new players in the transfer window, but has now seen them get brutally teased by the No.3 ranked darts player. 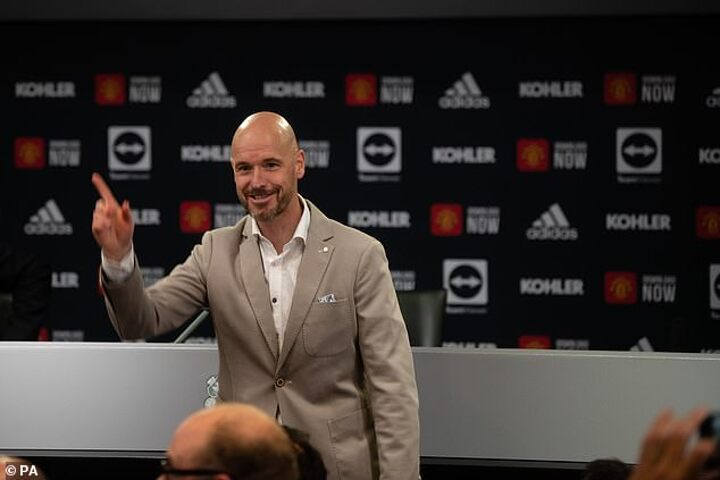 The list of transfer targets starts as a seemingly legit list before retired football stars Litmanen and Sneijder, Dutch DJ Tiesto and van Gerwen are named.

The 33-year-old replied on social media a day later: 'I’m a Champions League player I’m not dropping down'. 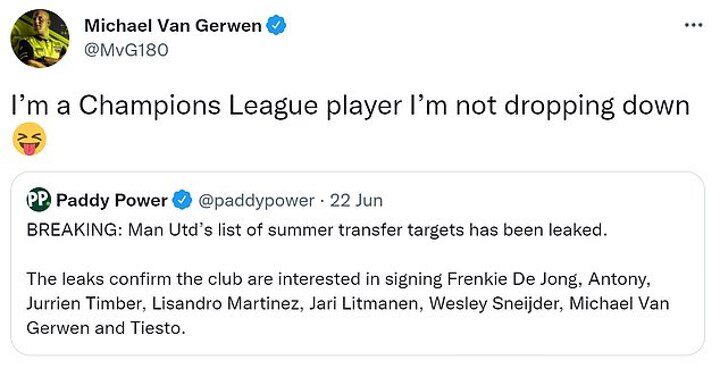 Manchester United finished missed out on Champions League football after finishing sixth in the Premier League last season, 13 points behind fourth placed Tottenham, after suffering a turbulent year in the top flight.

The Red Devils did take part in the Champions League last season but were dumped out of the competition in the round of 16 after a 2-1 aggregate loss to Atletico Madrid.

New United boss Erik ten Hag will be hoping he can lead his new side back into Europe's most esteemed competition after the club fell short of their expectations last year. 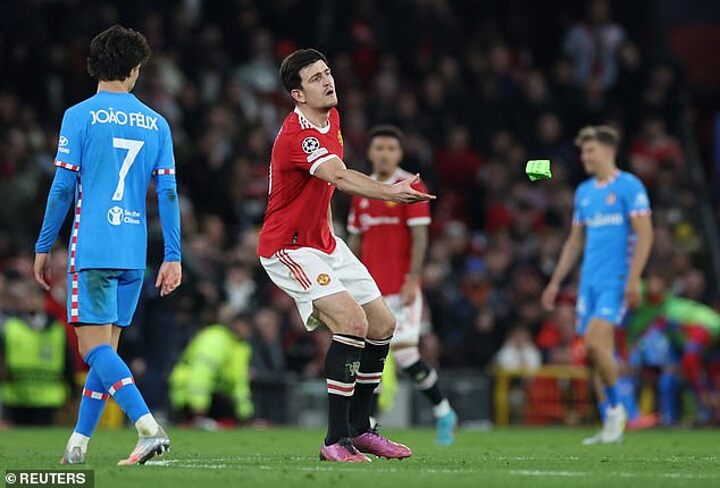