So now we know what it will take to prise Harry Kane away from Tottenham anytime in the near future. 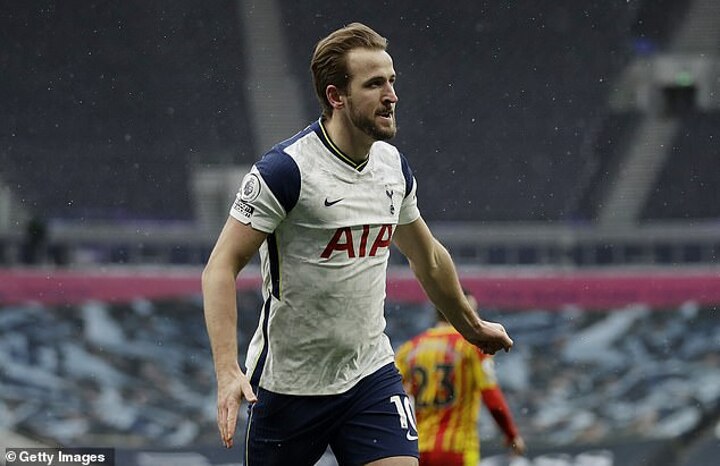 A staggering transfer fee of £150million is what Spurs are demanding for England's best centre forward. And that's a minimum figure.

Even that sum would make Kane, 27, the third most expensive footballer of all time behind only the Paris Saint-Germain duo of Neymar and Kylian Mbappe. 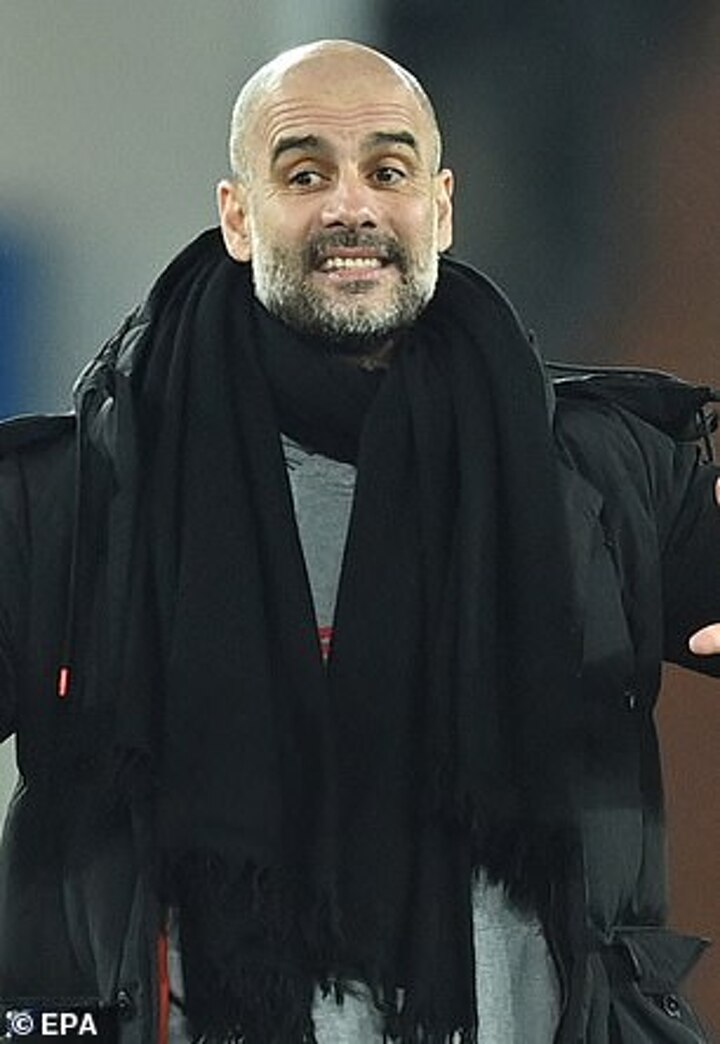 It would be almost double the current record fee paid for an Englishman - the £80m Manchester United spent on Harry Maguire in 2019.

It would set a new record for the most expensive transfer involving a British club, beating Philippe Coutinho's £145m move from Liverpool to Barcelona in 2018.

And it would dwarf the record fee paid by an English club - the £89m United spent to bring Paul Pogba back from Juventus in 2016.

That's assuming that Kane stays in the Premier League, of course, but the current state of the transfer market puts United and Manchester City as the leading candidates to buy him.

In the pre-Covid world, you could only really see Kane lining up for Barcelona or Real Madrid post-Spurs but both the Spanish giants, crippled by the financial impact of the crisis, are tightening their belts and frantically offloading big earners.

So that really leaves only the two Manchester clubs with the financial clout to buy Kane this summer - and given neither have received any ticket revenue for a year now, it could be a stretch even for them. 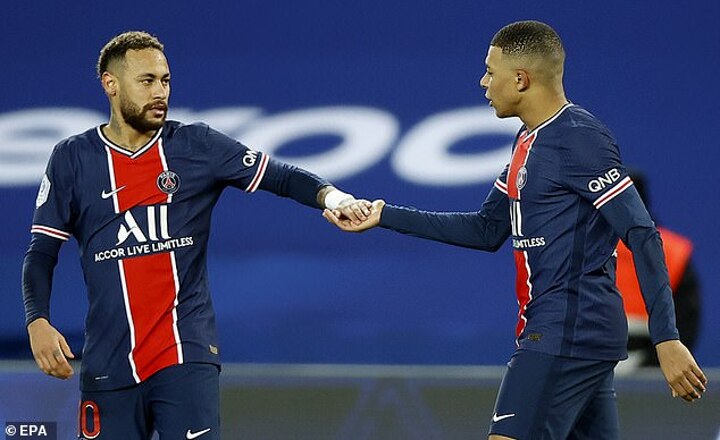 Kane's wages wouldn't be an issue. He earns £200,000 per week on his current Tottenham contract, which runs though until 2024. Both City and United would pay him more to make him the centrepiece of their forward lines.

But where would Kane be best suited? There are a number of factors at play.

For all the many achievements on Kane's CV - twice Premier League top scorer, England captain, World Cup Golden Boot winner - he has yet to win a piece of silverware.

Spurs have the Carabao Cup final to look forward to in April but will start as second favourites to City. They're out of the FA Cup and their title challenge has completely collapsed in recent weeks.

It seems that serial trophy-winner Jose Mourinho may not be able to end Spurs' long wait for success, at least not right away, and Kane has made clear in the past that the point will come when he wants to win something.

As he said in March last year: 'I love Spurs, I'll always love Spurs. But it's one of those things - I've always said if I don't feel we're progressing as a team or going into the right direction, then I'm not someone to just stay there for the sake of it.'

So obviously moving to City would be the quickest way to address that. Look at how Pep Guardiola's side have started to dominate the current season, moving head and shoulders above their rivals with a winning run of 17 consecutive games.

Guardiola goes to great lengths to call it an impossibility but City could win the Quadruple this season. They've made what promised to be a captivating Premier League title race a dull procession. 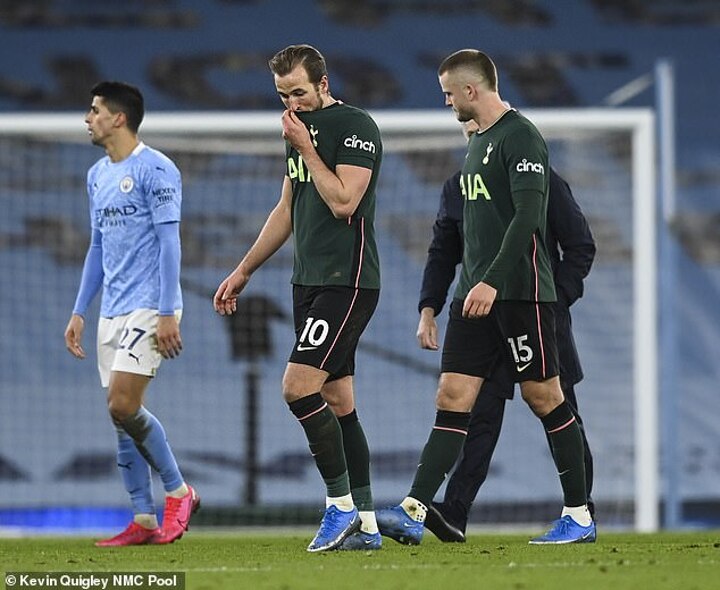 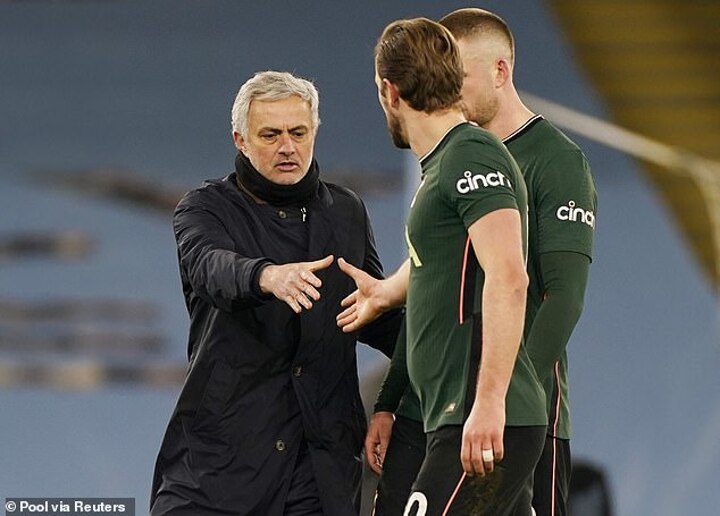 Even more impressively, they are dominating without really having a fully firing centre forward. Sergio Aguero, in what is likely to be his last season at City, has been plagued by injuries and featured in just nine games, scoring twice.

Gabriel Jesus, the heir apparent to Aguero, has netted just eight times in 23 matches, suffering his own issues with fitness, form and coronavirus.

And yet, Guardiola has evolved his team to compensate for the lack of an out-and-out striker. Midfielders have stepped up brilliantly - Ilkay Gundogan is their top scorer with 13, Phil Foden has 11.

But you feel this won't last forever. Guardiola has always wanted someone who will score heaps of goals leading the attack.

Kane is that man to supply between 25 and 30 goals a season. He would upgrade City, which, right now, is a frightening prospect.

As Sky Sports pundit Jamie Redknapp said after Kane failed to touch the ball in City's penalty box as Spurs lost 3-0 at the Etihad last Saturday: 'Kane must be thinking: "If I played in that City side, how many goals would I get? How many chances? How many touches in the box?" 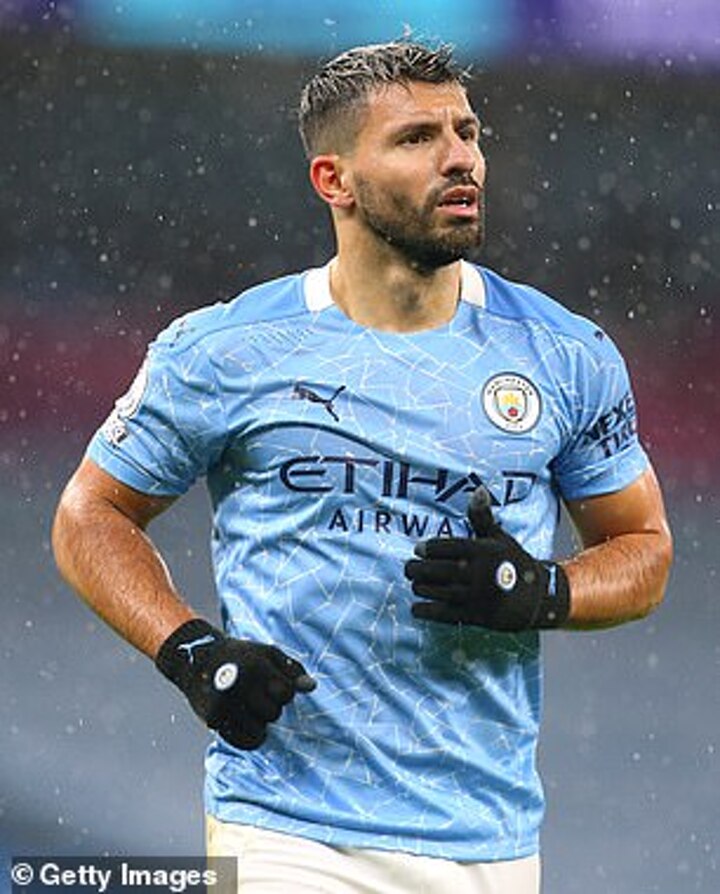 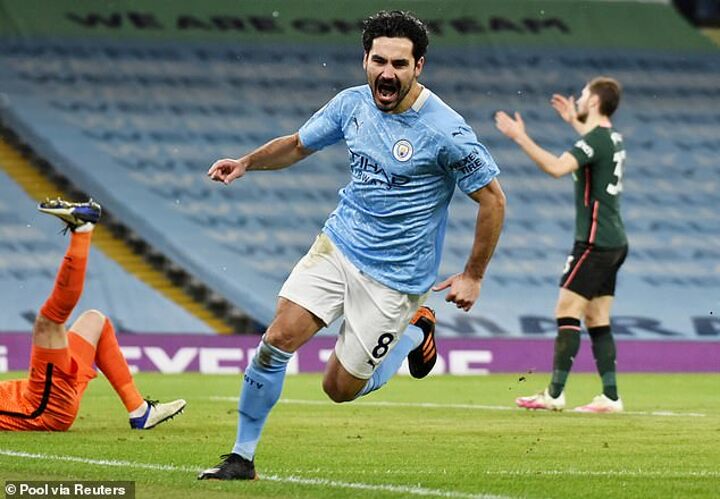 It's a fair point. Blessed with service from Foden, Kevin De Bruyne, Raheem Sterling and others, there's barely a limit to how many goals Kane could score for City.

But therein lies a problem. Guardiola would certainly enjoy coaching Kane into even more of a world-class centre forward but his role and responsibility would come at the detriment of the other elements to his game that he's worked so hard on.

He has scored 21 goals this season but he's set up 14 more. Many of those assists have been for Son Heung-min, with whom he has developed an almost telepathic understanding.

Kane has mastered the art of dropping deep to control the ball and ping a pass out wide, or slip in a through ball. Under Mourinho, he has become the complete all-round forward and clearly enjoys the broader role.

You just can't imagine him doing that at City. In contrast to Mourinho's speedy counter-attacking, Guardiola's obsession with possession will result in Kane's brief involving getting into space inside the box and waiting for service and little else.

He won't be encouraged to drop back and step on the toes of De Bruyne or Foden, nor drift wide and help Sterling out. You can imagine Guardiola on the touchline, frantically waving Kane back into a scoring position if he takes a backward step. 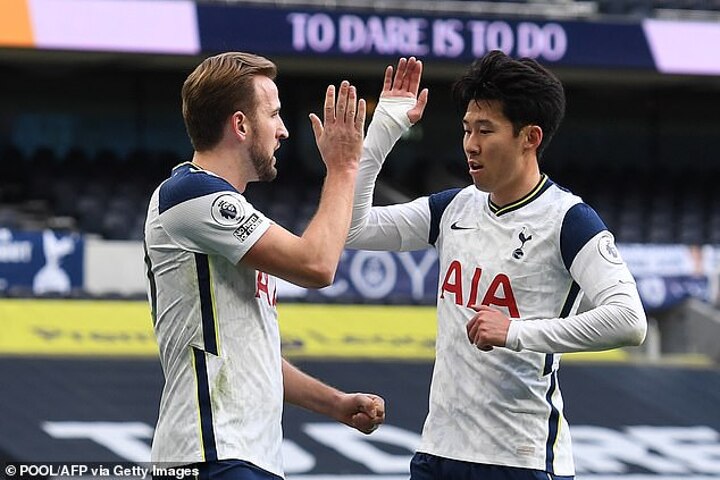 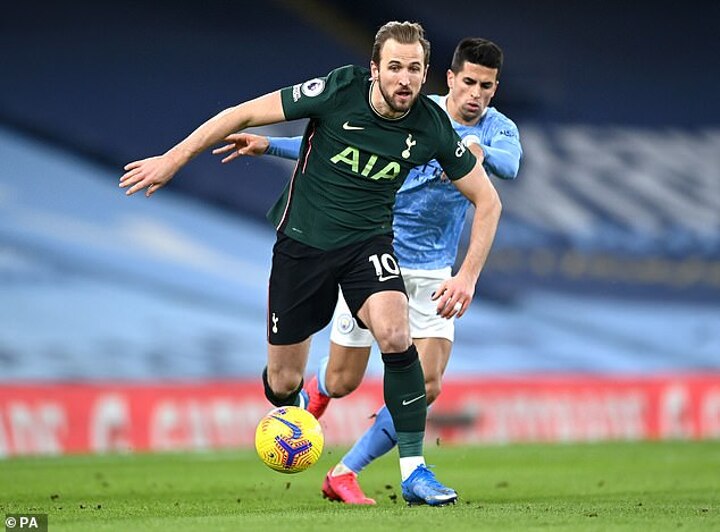 It won't be easy to curb those instincts and reset his game to being merely that of a predatory force in the box, even if his scoring returns may easily exceed his numbers at Spurs.

So would it be any better at United? It's clear that Ole Gunnar Solskjaer's team are improving but it's a gradual process. They're probably ahead of schedule in (briefly) challenging for the title this season.

But you feel they still require another one or two world-class players in the Bruno Fernandes mould to become serious title contenders. Kane would obviously be one of those.

The England captain would be an upgrade on all United's centre-forward options at present. It is telling that Fernandes is their leading scorer and creator this season and they'd frankly be lost without him.

Marcus Rashford has scored 16 goals but is settled in a wide attacking role. Anthony Martial continues to frustrate and Edinson Cavani, though effective, is hardly a long-term solution aged 34.

Some United fans will argue that signing Kane would block Mason Greenwood's progression to his natural centre-forward inheritance at Old Trafford. 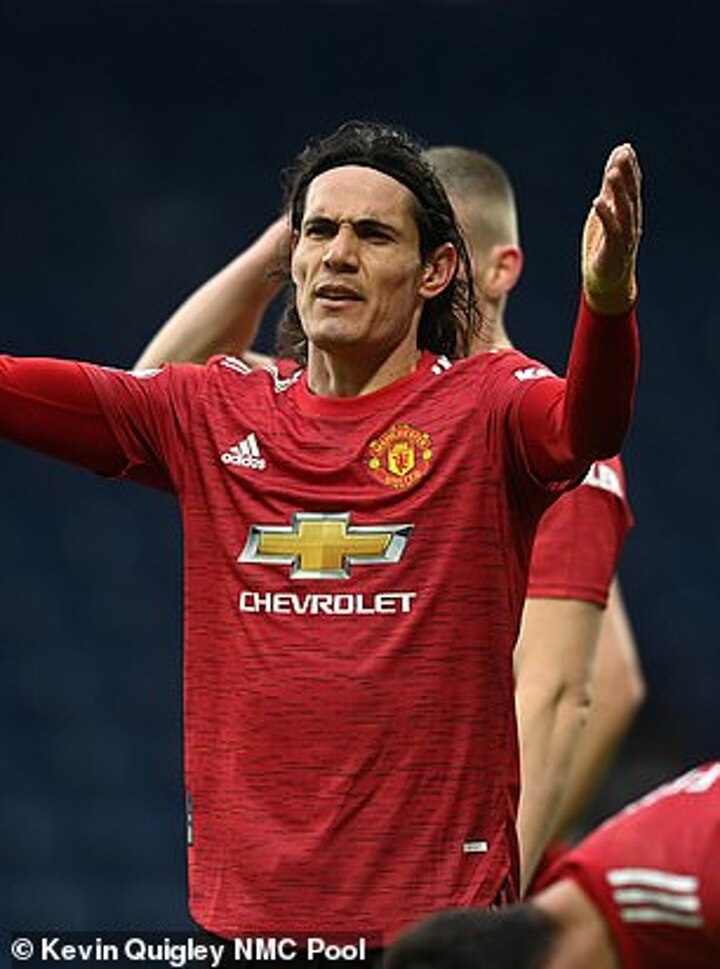 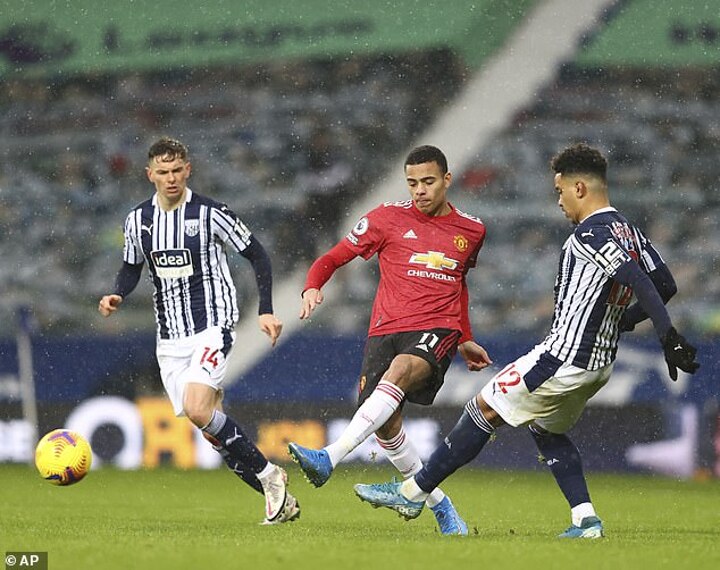 But those same fans want United to win silverware now and Kane could well make all the difference. The feeling persists that Solskjaer is a prolific centre forward - and a top quality centre half - away from having a side that can keep up with City.

You feel that Kane's instincts when it comes to counter-attacking play would be a more natural fit at United. You can imagine him controlling a ball on his chest in the centre-circle, turning and pinging a pass wide to speedsters Rashford or Greenwood.

Solskjaer is less fussed about dominating possession and so there would be more flexibility to bring into play all the facets of Kane's game, while also offering enough service for those 25 goals a season.

But coming to United would come with a greater burden. It's been a good while since United won a trophy and he'd be expected to end the wait. Mind you, Kane has never looked burdened by pressure in the past.

Solskjaer, the ultimate penalty-box poacher, could also teach Kane a thing or two on the training ground as well so there's scope for development.

There's certainly plenty for Kane to weigh up if offers come in from both the Manchester clubs. Does he choose City and guaranteed glory, or opt for United with a fair chance of success and a bit more freedom?