Speculation stemming from the Italian media over the last 24 hours has pointed towards a potential avenue away from Manchester United for Donny van de Beek. 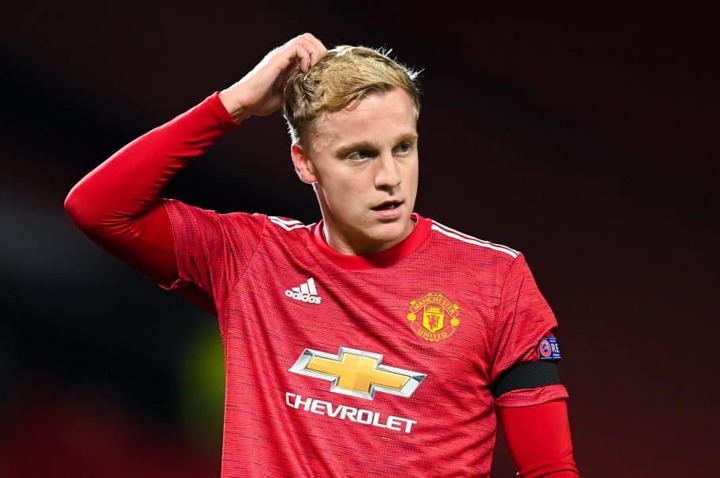 Unfortunately for the 24-year-old, however, this was not always for the right reasons.

Instead, chatter, amongst fans and pundits alike, largely centered on van de Beek’s struggles for game-time.

The gifted midfielder made the big-money move to United during the summer, and was expected to quickly establish himself as a regular in Ole Gunnar Solskjaer’s ranks in the middle of the park.

This, though, proved to be far from the case.

Instead, van de Beek was largely confined to substitute cameos. In fact, across his debut Premier League campaign, the former Ajax man was introduced off the bench on 15 occasions, to go along with a paltry four starts.

In turn, following the opening of the summer transfer window last month, it has come as little surprise to see questions quickly begin to mount surrounding van de Beek’s long-term future in Manchester.

A number of clubs have been tipped to pursue the Dutchman’s signature ahead of next season, ready to take advantage of VDB’s dwindling value.

And, as outlined above, on Monday, a fresh landing spot has been touted in the Italian press.

The club in question? Juventus.

As per a report from Calciomercato, the Serie A heavyweights are eyeing up a swap deal with their Premier League counterparts, which would see van de Beek land in Turin ahead of the fast-approaching new season.

Heading to Old Trafford in the 24-year-old’s place, meanwhile, would be Adrien Rabiot, where the Frenchman would of course reunite with international teammate Paul Pogba at the heart of United’s midfield