Kai Havertz is hoping of joining the Chelsea revolution by next week following the club's successful qualification of the Champions League. 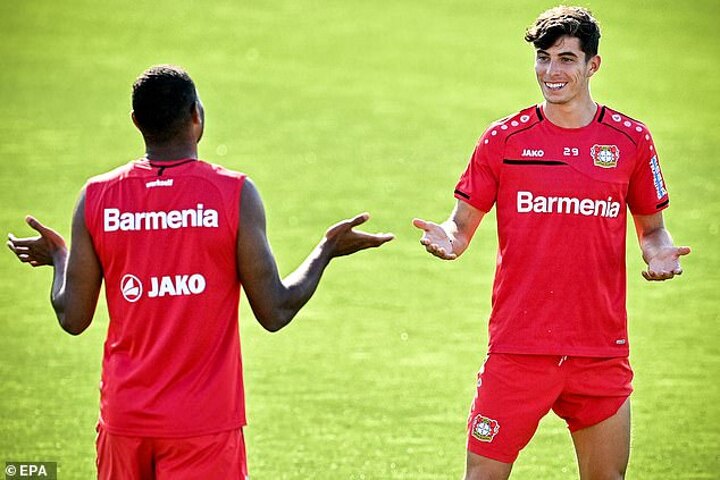 The Blues strolled to a 2-0 victory over Wolverhampton Wanderers on Sunday which ensured they would return to the competition for next season after finishing third in the Premier League.

The confirmation means Havertz is ready to move to Stamford Bridge who have already strengthened their squad next season with the exciting signings of striker Timo Werner and winger Hakim Ziyech.

According to Sky Sports, Havertz has already agreed a move to west London and all that remains to be settled in the deal is the transfer fee between Chelsea and his current side Bayer Leverkusen.

The German outfit value their star midfielder at around £90million but the Blues are hoping to bring the figure lower by around £20m with add-ons to be included.

Havertz is currently training with Leverkusen who are set to resume their 2019-20 European campaign on August 6.

Leverkusen missed out on qualifying for the Champions League via the Bundesliga but have another chance of reaching Europe's elite when they face Rangers in the last-16 of the Europa League.

They currently lead Steven Gerrard's outfit 3-1 following the first-leg encounter that took place before the Covid-19 outbreak shut down football back in March.

Havertz is hoping his move to Chelsea will be complete before the match takes place even though he would still be ineligible either way to feature in the remainder of the Blues' existing Champions League campaign.

Frank Lampard's side still have to travel to Bayern Munich for the second leg of their last-16 tie on August 8 following a 3-0 hammering they suffered in the reverse fixture back in March.