Harry Kane's sliding doors moment may very well have come and gone last summer - when he failed to seize on a chance to join Manchester City. Then in the prime of his life after captaining England to the Euros final, his stock couldn't be higher, with City then willing to pay £120million for his signature.

But this is where a very messy saga all fell apart. Tottenham's valuation of their star forward was understood to be £160m - and Daniel Levy was unwilling to go any lower for a player considered as one of the best strikers in world football. 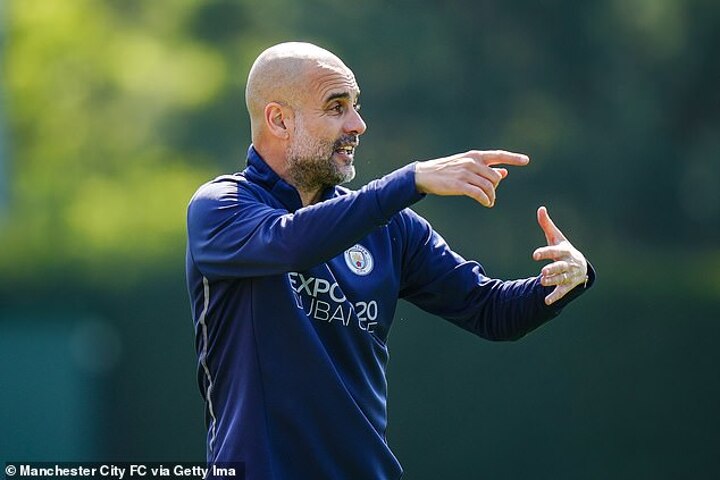 The clubs could not come to an agreement, and after a tense period where Kane was accused of refusing to come back from his holiday and return to training, he ended up committing to the club for another season.

Meanwhile, City have found out that they don't really need Harry Kane. They are favourites to land their sixth Premier League title and have done it with Gabriel Jesus their only recognised striker.

But any sign of City reigniting their interest in Kane have evaportated now after the club announced a deal to sign Dortmund starlet Erling Haaland - seven years his junior - for just £51m. That's more than half the price they were quoted on the Tottenham man.

Some would even argue that Haaland is a better player now than Kane is, and if not he could certainly surpass him soon. City will be feeling pretty chuffed then, but what for Kane? 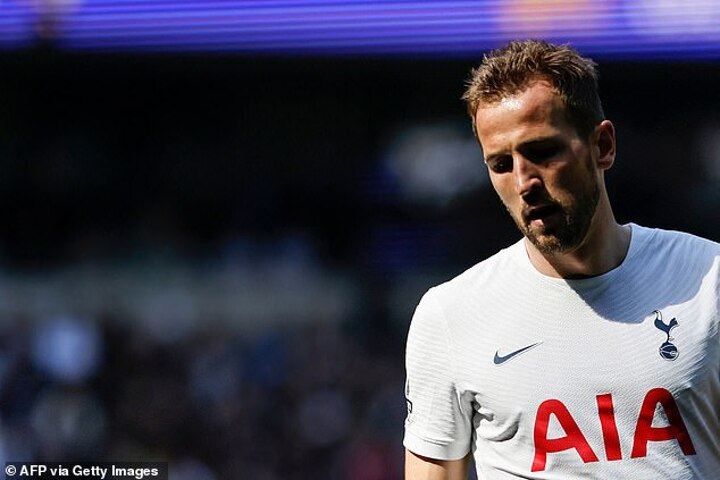 After a slow start - amid all that negative media attention and initial hostility from fans after he confirmed he was staying - he has returned to the Harry Kane we all know. He is on course to register his lowest Premier League goal tally of just 13, but has netted 23 throughout the season, and has been chipping in creatively too.

He has eight assists in the league, seven of which have come in this calendar year. Perhaps he is taking on a new role under Conte - who has been getting good performances out of him. Kane has also continued his sensational partnership with Son Heung-min this season, and has linked up well with Dejan Kulusevski too to form a deadly trio.

Another consolation for Kane is that he is working with a world class manager, but is that enough to satisfy his demands?

Champions League football isn't enough to scatch his itch, we know now. It's trophies he craves most, and Spurs don't even look likely to secure a top four finish this season.

Kane has two years left on his contract, so he faces an intriguing predicament. He turns 29 this July. The best years of his career are fading away quicker than he knows but realistically his options are limited now the City pathway is gone. 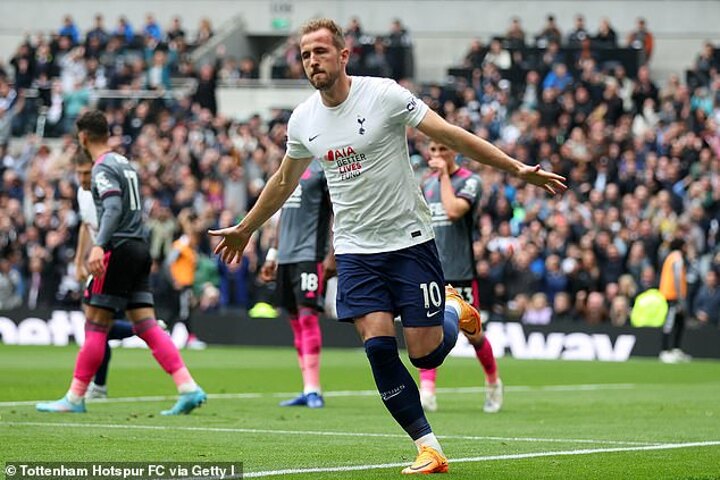 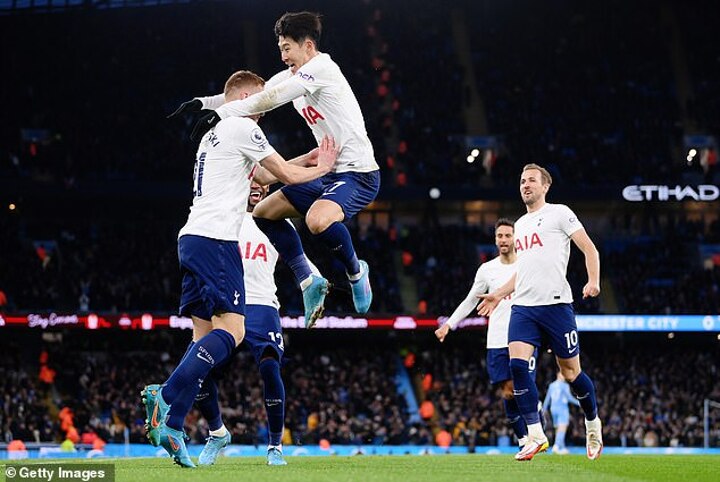 In fairness, Kane perhaps should take some of the blame for this. He could have pushed much harder for an exit last summer and made better choices. His sentiment for the club's fans - who have worshipped him since his breakthrough in 2014 - was likely a factor.

Maybe if he had a more experienced agent - who wasn't his brother - he might have got his wish, rather than just subtly drop hints to Jamie Redknapp and Gary Neville.

Now he has a choice. Does he wait another year, and force Spurs into a sale the following season knowing they could lose him for nothing in 2024? Or is this summer the time where he takes his destiny into his own hands?

If Kane was going to leave his boyhood club, City seemed the most obvious choice. A team bursting with creativity to put chances on a plate for him, and a team that usually wins a couple of cups each season. 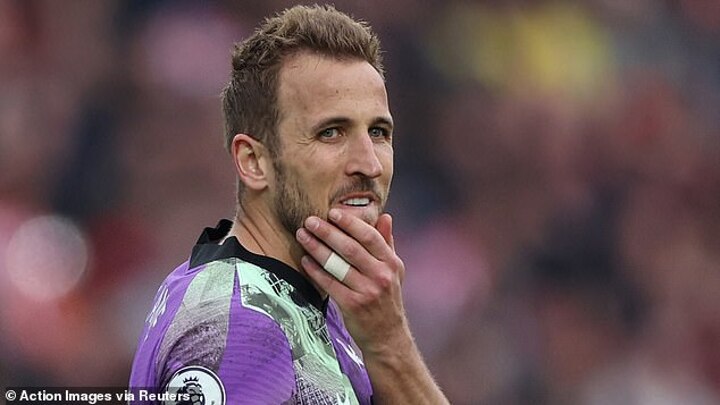 In his chat with Neville, Kane said he was 'not interested' in moving abroad. He is 81 goals away from levelling Alan Shearer's all-time goalscorer record, and will be intent on making history.

'I guess injuries would be the biggest thing,' he said when asked him what would stop him beating Shearer. 'Obviously I’ve had injuries, ankle injuries, and I haven’t had anything that’s kept me out for months and months touch wood.

'Of course there’s always the option of maybe moving abroad one day but I don’t think that really interests me in the near future.

'I feel like I've got a good seven or eight years at the top when you look kind of the Messis, Ronaldos … your Ibrahimovics - all kind of getting better as reach their early thirties.'

So where does that leave him? 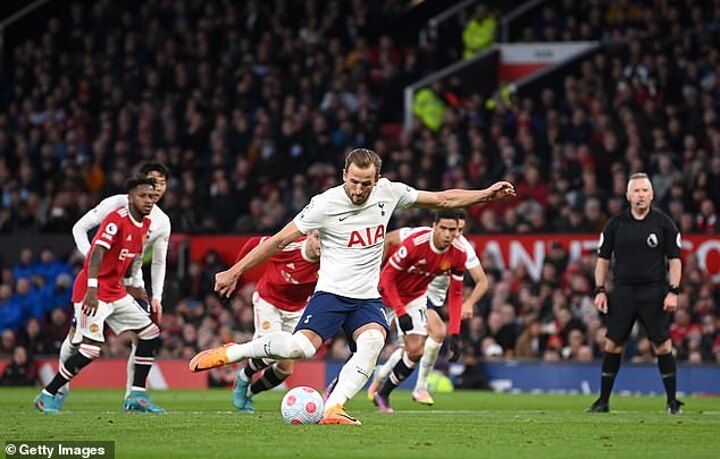 Betfair have Kane as more likely to stay at Tottenham this season at 4/6, while a move to Manchester United is at 4/1, and an unlikely reunion with Mauricio Pochettino has even been mooted as a move to PSG is rated at 5/1.

Despite City laying out for Haaland, City are as short as 9/1 to still go back for Kane, with Chelsea at 14/1.

Manchester United is the most realistic option. Any move to Chelsea would make him public enemy number one with Tottenham fans, and don't even mention the prospect of crossing the north London divide to Arsenal.

But given the chaos going on at Old Trafford right now, who would want to chance their career on the experiment conducted on Erik ten Hag next season? Kane is better off staying at Spurs, who have been inconsistent but have shown signs they are growing in quality under Conte and their understanding of his philosophy. 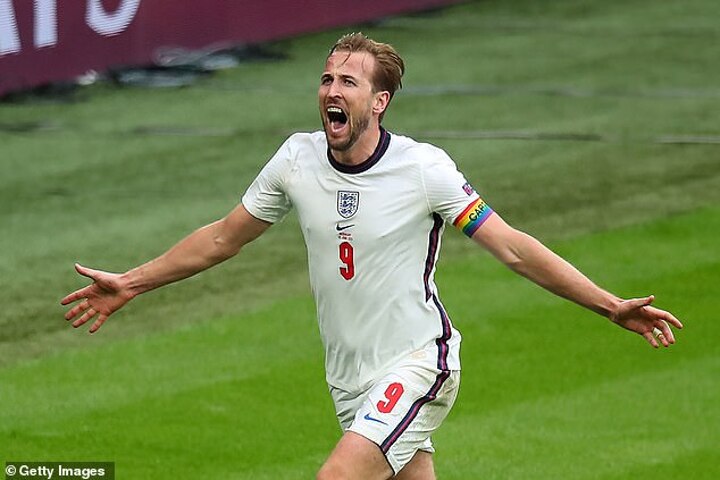 Playing in a toxic environment where he will be put under the microscope on a weekly basis is the last thing Kane needs as the England captain. We've seen Three Lions star Harry Maguire already suffer under the pressure, and even a player who oozes class like Ronaldo is suffering - despite scoring 24 goals.

With the World Cup on the horizon this November, Kane needs to be playing in a stable environment, so a move to United seems unwise. It's simply too much of a gamble for him at present, even though he would add a lot to their squad.

A move to Spain has been mentioned in the past, and Barcelona are 10/1 to snap up the England star, with Real Madrid at 16/1. But with Pierre-Emerick Aubameyang and Karim Benzema flourishing for both respectively, again - it seems unfeasible. 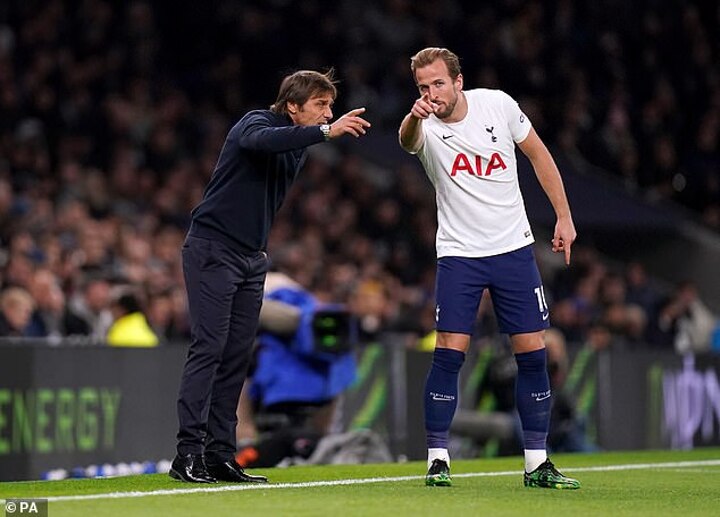 Right now, the transfer landscape looks hazy and Kane may opt to sit tight. Spurs could yet be playing Champions League football next season so he'll make an assessment in the summer and see if things change in the next year.

It's clear that if the Premier League is where he wants to be, the three best managers he could play for are Pep Guardiola, Jurgen Klopp and Antonio Conte - and he has a real opportunity to develop under the latter if that's the decision he takes.

He can only the squad continue to improve under the Italian and that Spurs can win their first trophy in 15 years during Conte's first full season.

If that doesn't happen, he will just have to wait for another door to slide open.